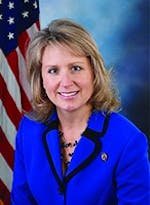 PINEHURST — The dynamic of Monday’s televised debate between Republican Rep. Renee Ellmers and Democratic challenger Clay Aiken was clear: the congressional veteran versus the political rookie, one with an inherent reputation as a celebrity singer.

“It’s almost as if, as an entertainer, you think that means we can just go in with a song and dance and change the minds of our military leaders because you’re going to impress them so much,” Ellmers said in a jab at Aiken’s statements on the Veterans Affairs scandal.

“Congresswoman Ellmers is good at talking points, good at calling me an entertainer — that’s great, I’m sure you’ve practiced on that. But the most embarrassing reality show right now in the country is Congress,” Aiken shot back, citing lawmakers’ slow action on the VA’s documented delays in processing veterans’ claims.

Heel Talk Episode 25: Fans are welcomed back to Kenan Stadium

Here's how to cast your vote early in Orange County

With less than a month to go before Election Day, Aiken needed to prove his political mettle beyond his image as a celebrity, said Mitch Kokai, an analyst at the right-leaning John Locke Foundation.

“He has to show a command of the issues and that he is a serious individual and not just someone using this campaign as another way to drum up publicity,” Kokai said.

During the hourlong exchange, which became heated at times, Ellmers stood behind her two-term record in Congress, dismissing Aiken as a “rubber stamp” for Obama on foreign policy, health care and economic policy.

“This Obama-Aiken economy is just killing us,” she said.

“I have nothing to do with President Obama,” Aiken countered. “I can count several places where I disagree.”

Aiken on multiple occasions emphasized Ellmers’ role in a “do-nothing Congress,” criticizing lawmakers of both parties for failing to compromise on immigration reform. After the Senate passed an immigration bill with bipartisan support in 2013, he said House Speaker John Boehner refused to allow his chamber to vote on it.

“I’d love to hear Congresswoman Ellmers stand up to John Boehner right now,” he said. “The bottom line is, we’ve been talking about this for far too long.”

Ellmers said most of the blame for inaction rests with the Democrat-led Senate and Majority Leader Harry Reid.

“We (in the House of Representatives) have done everything we can,” she said.

“I can’t predict the future. I don’t have a crystal ball,” Ellmers said.

The race would not be a prominent contest on political radars if Aiken weren’t a candidate, Kokai said.

“Except for the fact that Clay Aiken is a celebrity, this would not only be a slam dunk for the Republicans, but it wouldn’t even draw much attention.”

Next up in Midterm Elections 2014