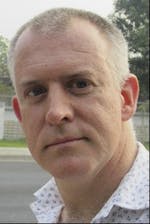 Four years and three drafts later, UNC political science professor Andrew Reynolds is publishing “The Arab Spring: Pathways of Repression and Reform.” Reynolds wrote the book with Jason Brownlee of the University of Texas at Austin and Tarek Masoud of Harvard University. Staff writer Jun Chou sat down with Reynolds to talk about his book.

THE DAILY TAR HEEL: Why did you write the book?

ANDREW REYNOLDS: I’d been in the Arab world a lot but I’m not steeped in history or the Arabic culture and Islamic politics. I’d been in Lebanon and Jordan and Yemen before the Arab Spring doing some democratization work. I was the first international expert into Libya — there was no airport open; we just flew in on a little UN plane and the war was still going on and Gaddafi was still on the run. When I got back, I knew I wanted to write a book about the Arab Spring.

DTH: And what played out?

AR: In Tunisia, there was the case that civilians pretty much controlled what happened. They wrote the new constitution, they relegated the police and the army to a minor role and, ultimately, Tunisia adopted pretty good institutions that were inclusive and reassured people. They had an election where the government changed hands and it was fine. I mean, Tunisia is not perfect but it’s doing a whole lot better than the other cases. In Egypt, the military controlled the transition. They chose institutions that just gave the military power and shut out the liberals. In Libya and Yemen, politics just collapsed to the rule of the gun in villages and regions. There’s no central government in either place anymore; it’s just collapsed to anarchy.

Column: We just changed our social media policy. Here’s why.

DTH: How did you conduct your research for this book?

AR: I was there working with the election commission and the constitutional drafters so I just pick up information and evidence from my work there by understanding the dynamics of the elections being played out. Both my co-authors had been in the region and they’re very well connected with figures on the ground. It was important for all three of us to be there, just to talk to the reality of what was happening.

DTH: What makes this book unique from the numerous other publications about Arab Spring?

AR: It’s all about trying to understand what has happened and why it happened; it’s not just telling the story about the uprisings but instead trying to situate the Arab Spring in this canon of knowledge about revolutions and how they succeed and how they fail. It’s kind of a political science take on the Arab Spring — not just the journalistic narrative. It’s the first one that’s taken a step back and tries to understand how it fits into, not just revolutions in the 20th century, but all the way back to 1848 revolutions in Western Europe.

DTH: What do you hope people take away from it?

AR: That democratization is an incredibly slow process and we should not be surprised if it doesn’t take hold in very fragile states. I would hope people take away from that not the pessimistic side, but that we shouldn’t give up on Egypt or Libya or Syria because when you’re there, you meet these incredibly courageous, smart students and activists and professionals who really are fabulous people. They want to choose their leaders like we do, want to vote like we do, want to limit corruption like we do and want opportunities to better themselves in their country like we do. I don’t want to give up on them but we shouldn’t expect any of these countries to change overnight.

Next up in Faculty and Administration

Next up in Faculty

Next up in Higher Education