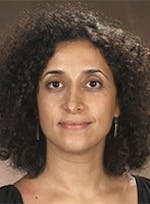 In response to the Syrian refugee crisis, Diya Abdo, chairperson of the English department at Guilford College in Greensboro, has challenged academic institutions to re-envision their campuses as sanctuaries for refugees.

She recently launched her program Every Campus a Refuge, which aims to use campus resources to house refugees. Staff writer Kent McDonald spoke with Abdo about the initiative.

The Daily Tar Heel: What inspired you personally to create this program?

Diya Abdo: I have, on a very personal level, a deep investment in this. My parents are refugees. They became refugees after the 1967 war, and they left Palestine to Jordan. As an Arab, I feel very keenly the situation that’s unfolding now in the Middle East, especially in Syria.

What inspired this was that, as an academic, it gets very hard, day after day, to watch the news, see the catastrophes, see the atrocities that are unfolding on a global scale and feel truly helpless. It becomes very difficult to rationalize simply teaching as a way of transforming the world.

DTH: What does the Every Campus a Refuge initiative aim to accomplish?

DA: When I imagined this initiative, it was never intended to take a refugee family away from the rest of its community in the city where it was resettling. This was meant to be a solution for an immediate housing crisis. If you look at the thousands of people now trapped in Hungary, that’s a housing crisis. People are saying we can’t take care of them.

But imagine if now all of a sudden we see that there are other spaces in this country and other countries that can serve as homes for refugees. Our idea of how much space we have expands and changes.

DTH: Do the local agencies in Greensboro have any idea of how many refugees they can expect to arrive?

DA: No, and that’s part of the dilemma. They could get much more than they have the accommodations for. That’s why I think it’s crucial for us to be able to provide whatever we can.

DTH: In anticipation for the refugees’ arrival, what is your organization doing to prepare?

DA: Once we know they need housing for a family, then we will try to mobilize to try and be ready to house a family on campus. To do that, we really need to find the appropriate housing. Right now, we’ve got housing on campus. We will determine at that point if this particular place on campus is appropriate for the family the refugee agency asks us to take in.

DTH: Why is it important for a college to re-envision itself as a community open to refugees?

DA: To me, this seemed to be a radical reimagining of what a campus can and should be. We think of a campus as a place that is purely for these student-related activities.

DTH: In your opinion, how can colleges and universities make an impact on international situations such as the Syrian refugee crisis?

DA: We have to be very self-aware of our position in the U.S. that we are a part of a larger global politic. There is much to be done on an individual level if we are cognizant and aware of our role as global citizens and believe that there is much we can do with the resources we have.

DTH: Where and how do you see this program expanding in the future?

DA: This was always imagined for me as that — a call to action globally. Not just North Carolina, not just the United States, but globally. It was a very idealistic vision, and it’s a campaign imagined precisely as creating the model that other campuses can follow. In other words, “Here’s what we did, maybe you can do something similar.”