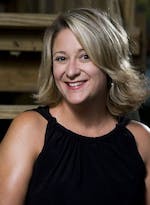 Christa Gala is both an adjunct professor in the UNC School of Media and Journalism and the editor-in-chief for Raleigh Magazine. Staff writer Leah Moore spoke with Gala about what it’s like to balance the two, who works for her, her areas of expertise and with whom she’d love to grab dinner.

The Daily Tar Heel: How do you balance being both a professor and the editor-in-chief for Raleigh Magazine?

Christa Gala: It is very, very hard. I mean, I have work a lot. I work a lot at home. But if you have a good calendar and keep things organized, that makes it a lot easier.

DTH: What do you like about being a professor in the MJ-School here?

CG: I love the students. They’re fantastic. They’re really eager to learn and respectful. They’re engaging, and they always participate. I love watching them start as a beginner and grow and learn how to write a story that’s their own. Over the course of a semester, they really change, and you can see it really quickly.

UNC seniors hope to travel to Berlin, armed with only 24 Red Bulls

Short story dispensers give students the opportunity to be published

DTH: What’s your favorite part about being the editor-in-chief for Raleigh Magazine?

CG: We look at national issues and how they’re affecting us locally. Naturally, that has been an interesting thing for the journalism side of me. The fact that we’re not a daily, that we have a little time to get different angles and talk to different sources — that makes it even better. We can find that angle that no one else is covering.

DTH: Do you have a favorite story that has run in Raleigh Magazine?

CG: Yes, I do! Early on in our history, maybe our second issue, we got an in-depth look at Central Prison in Raleigh. At that time, there had been a major escape from a New York prison, and we were looking at whether or not that could happen at Central Prison in Raleigh. We started talking with the administrators there. We went to do the photo shoot, and they gave us a two and a half hour tour of Central Prison, including death row. We got to talk to several correctional officers about what a tough job it is and how the General Assembly hadn’t raised their pay in 30 years, which tied into the governor’s budget. This made it timely politically and also gave our readers a behind-the-scenes view that a newspaper wouldn’t have the time or space to cover.

DTH: What do you think are the most important skills or qualities for an aspiring journalist to have and why?

CG: The most important qualities a journalist can have are to be accurate and fact-check and to have a natural curiosity and, most of all, to ask really good questions. So I always ask my students, “What’s missing here, and, as a reader, what would you want to know?”

Next up in Faculty and Administration

Next up in Faculty

Next up in UNC School of Media and Journalism