As a journalism student and DTH reporter, you have to be in touch with what’s going on in the world.

This often requires checking a lot of news sources constantly.

But honestly, I just use that as an excuse to check my favorite thing ever: social media.

Tweeting, Instagramming, Snapchatting, Vining, Facebooking, MySpacing —  whatever it is, you can find me at @zach_goins (No shame in that self-promotion. It’s all about personal branding, fam).

Social media is a legitimate career path now, so I’m not crazy to take it so seriously, right?

You mean I can get paid to tweet funny GIFs and memes all day? That's the dream.

That being said, the past two months have been an emotional roller coaster on my journey to becoming a social media guru — so let’s take a stroll down memory lane.

My first fake account has really started to take off.

Ever wondered what it’s like being a walk-on on the football team?

Follow @Walk_On_U (again, no shame) to get an inside look at the struggles of UNC’s finest non-scholarship athletes. 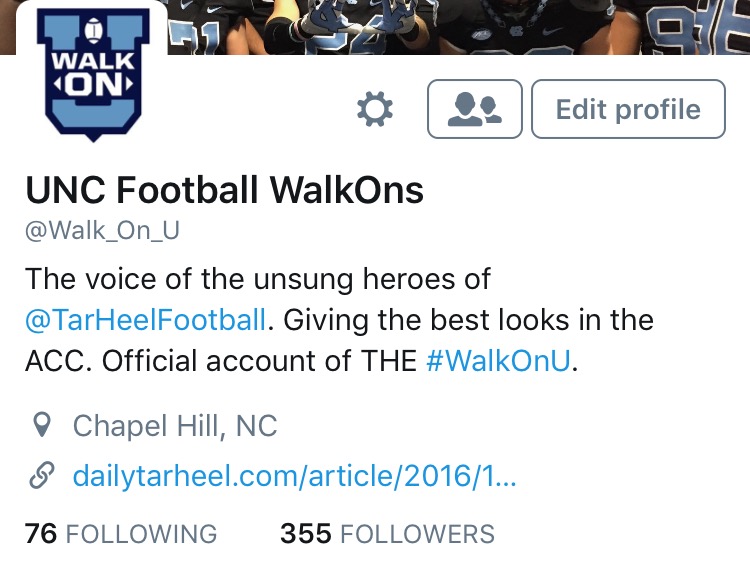 It seems to me that Twitter is getting too easy nowadays. I mean, everybody is getting verified!

But apparently being a walk-on on the football team and a reporter for The Daily Tar Heel isn’t a good enough case to earn the coveted blue check.

Don’t be afraid to throw #GetGoinsVerified up on your timeline though, and maybe I’ll reapply in 30 days. 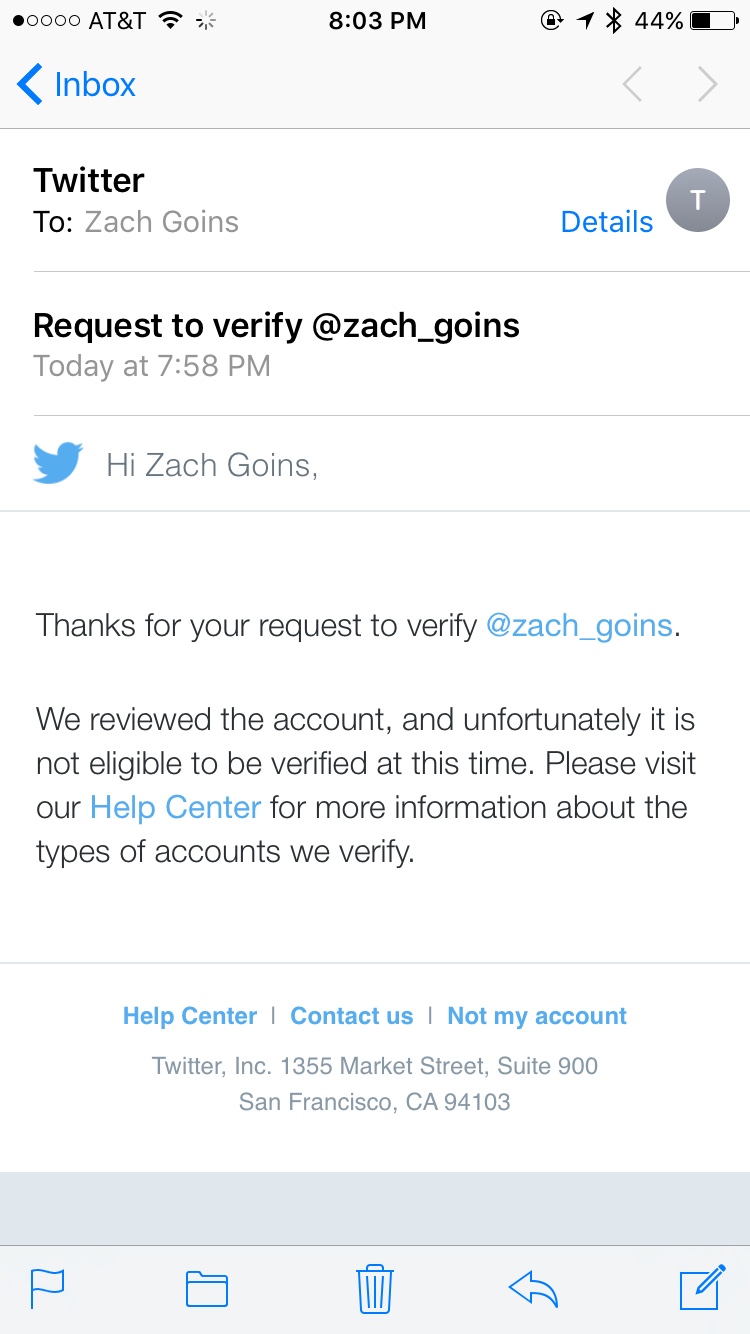 Now if they would just shout me out to their 1.9 million followers, that’d be nice.

But, that fame comes with a price — I’m on thin ice and I can’t post about all of my frustrations with this season without risking being unfollowed. You win some, you lose some.

After seeing (and loving) “Moana," I thought I’d tell Twitter my thoughts about the movie. No big deal.

Little did I know that this single Tweet would be my biggest step yet towards social media fame — People’s Sexiest Man Alive retweeted ya boy. 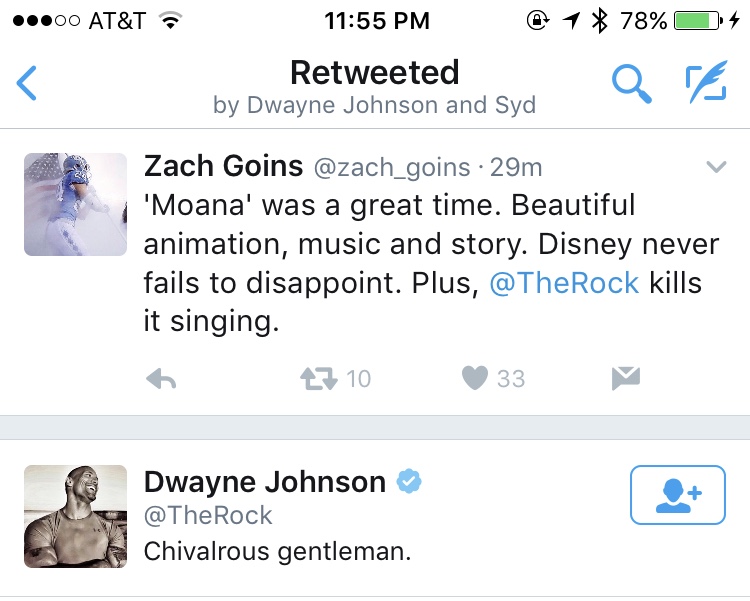 I mean, just look at those numbers. Ninety retweets and 609 likes, that’s simply unheard of.

I’m still waiting to hear back from my new best friend, Mr. The Rock, on when we’re going to grab lunch.

I knew it was all too good to be true. There I was basking in the glory of my newfound internet fame, not knowing that soon I’d be brought back down to Earth.

Thanks to the wonderful Twitter troll @creeeeeeeeeeg (great name, right?) a typo in my post was revealed to the world.

How could I make such a mistake in my first chance at stardom? Disney never fails to disappoint?

That means they always disappoint, come on Zach, get your head out of your ass. You’ll never make it now.