Not all horror stories: These Tar Heels talk about their orientation experience

Spence Perry and his friend group atop one of the first-year residential halls, Hinton James.

In coming to college, a lot of variables change at once: where you live, what you do and who you see. For many, reassembling a social life is among the chief concerns.

Plus, there's the idea espoused by movies and TV shows that the friends you make in college become the ones you keep for life, and those kinds of bonds sound like they should take years to form.

But, what if we told you that some of the best friendships UNC first-years made began even before the first day of class? We gathered anecdotes from students who met their best friends, and even significant others, during orientation. And, they shared some of their advice on finding your Carolina family.

Like many first-years, Aruwani came to campus hardly feeling tranquil.

"Coming into Carolina, I was actually super scared and super worried" he said. "My hometown is about five-and-a-half hours away, and it's really (a) small town, and so I was like, really concerned about not knowing anyone and not being able to adjust."

But upon arriving for orientation, he said that all changed. One of the first interactions incoming students have is with their orientation leaders, who guide them through the two-day immersion in all things UNC. But besides seminars and sessions on the basics like academic services, meal plans and safety, orientation leaders also plan activities to foster relationships within groups.

"They instantly made you smile," Aruwani said of the leaders.

Aruwani would actually become close friends with his orientation leader. He said after the first small group, maybe only an hour or hour-and-a-half into orientation, he felt the initial nervousness wear off as he became more comfortable.

Aruwani had expressed at orientation that he wanted to be a leader himself, and he said his orientation leader encouraged him to apply at the time.

"You know, I though it was more like in passing, and it wasn't super serious," Aruwani said, "but then when we first met up in the school year, she was like, 'So, you're applying right?' She encouraged me to do it even when I started second-guessing myself."

Aruwani worked as an orientation leader the following year.

"It was one of the best experiences I've had at Carolina."

But orientation gave Aruwani perspective, both as a former first-year and as a leader.

"My advice would be you can't always plan out everything that's gonna happen over these next four years" he said. "It's gonna be a roller coaster of experiences and opportunities, and the big thing is to just make sure that you take time to think about what it is that you want to accomplish here at Carolina and to not be afraid to try out these news opportunities or positions."

New OLs coming from former OLs is not an uncommon phenomenon, either.

"I was definitely nervous," Baker said. "I remember I went and got a coffee before the whole thing started so I could have a prop in my hand." She carried an empty cup around all day to feel like she looked like she knew what she was doing.

Baker met her best friend, Hanna Wondmagegn, during orientation, and the two went to Late Night Carolina together, the group event that concludes the first day, where students can eat, dance and mingle.

Baker said after that, she and Wondmagegn swapped contacts to keep in touch and started hanging out when school started. Baker said the two just started talking, and a friendship grew from there.

Baker said orientation helped build not only a familiarity with campus, but points of contact to have whenever mealtimes came around or free time presented itself during the first few months of fall semester.

As a self-proclaimed introvert, Baker said one of the best things first-years can do is operate outside their comfort zones and embrace being chatty.

"If someone invites you to go somewhere, go ahead and go even if it's not something you would usually say 'yes' to," Baker said.

In some of the best case scenarios, the orientation roommate with whom you are paired can be the roommate you stick with once school starts.

"My orientation roommate Amy Alvarado and I became the best of friends after I let her use my blanket as a pillow when she forgot hers," Erin Gamba said, "and now we're living together next year!"

For Gamba, a friendship that started with a fluke colored some of her first moments on campus.

"I was excited because I didn't know too much about UNC," Gamba said.

She had toured campus before, though, as many incoming students have, but she didn't quite know what college would be like before she started.

She said orientation made the transition feel more real, and her orientation leader helped facilitate discussion and bring people from all parts of the country together.

While orientation offers a structured schedule, the ways people come together are often spontaneous and pleasantly surprising. And the old adage that friendships often form over similar interests really does hold water, at least for recent graduate Meredith Norman.

"My closest friend at UNC and I met at orientation because I saw a bag she had with a design on it from a TV show we both like and we struck up a conversation," Norman said. "It’s actually funny because we’re both transfers and found out we came from the same community college."

Norman said it was interesting that the two hadn't managed to meet in a smaller school setting, but found each other at a bigger school like UNC. But don't let the size fool you, she said.

"You might think because it’s a big school it would be harder to meet people but everyone at Carolina is very helpful and very welcoming," Norman said. "There’s always going to be people willing to help you, and it’s really easy to make friends in such a close-knit community.

In some cases, orientation makes a great, "So, how did you two meet?" story.

For Braeden Personius and her boyfriend, an orientation icebreaker brought the two together  —  after it set them apart.

Personius said that part of a group activity involved turning to a partner and sharing a favorite Disney movie. She said she didn't know anyone, as she came from a small town, so it was by random chance that AJ Johnson sat beside her.

"The next thing I knew, AJ Johnson and I were in the most heated argument about Disney that I’ve ever been in," she said. "We agreed that 'The Lion King' was the all-time best, but we could not agree on the Toy Story saga."

Personius said the two stuck together for the rest of orientation with a small group but lost contact over the summer. Johnson and Personius talked on and off until they officially dated sophomore year.

"The first person I knew at UNC ended up being my partner in crime," she said. "The journey through it all was incredible. To think that so many little things had to happen for us to meet that day ... from picking that specific orientation session -- out of how many? -- to both registering for orientation late and getting put in the last group!"

Her advice is to welcome happenstance and don't stress about every process happening according to plan.

"Our advice would be not to stress about your orientation slot or registration time because even if you register late or the time doesn’t seem ideal, something great could come out of it," Personius said. "Everything happens for a reason."

Any aspect of orientation can be nerve-wracking, but spending the night with a complete stranger in a dorm room has got to be near the top of the list. But often times, the horror stories you hear about bunking with someone you've never met are just that: stories.

"The roommate I was assigned at orientation has ended up being one of my best friends and we are going to be suite mates this upcoming year," said Spence Perry.

Perry said he and his roommate, Calvin, talked for three hours on the first night of orientation just getting to know each other. He said they hit it off, but didn't see each other for the rest of summer. Nevertheless, they checked up on each other after all the big first-year moments like registration and housing.

Come fall, the two reconvened at Convocation and became such good friends that they lived in a suite together.

But before orientation, Perry said he had no idea what to expect. He said he remembers it being overwhelming, especially since he only knew one person from his hometown at his orientation.

"Try and do as much as you can with the little time you have because I learned that time flies so, so fast, and you know, I tried to join different things. Some things I got, some things I didn't."

For out-of-state students, orientation can sometimes be the very first interaction new students have with campus and fellow Tar Heels.

Joanna Kuang, from New York, met her best friend, Valerie, in her orientation group, as others have.

"I wanted to go make friends very intentionally because I knew my roommate and that was it," Kuang said.

Kuang said that she initially hung out with Valerie in a small group. She says it was good to have people to introduce her to North Carolina culture. The more they hung out, the more Kuang realized how similar she and Valerie were, so they continued to get to know each other. And Kuang's intention in building friendships continued.

"One thing about Val and I was that we were very intentional about keeping our friendship," she said. Though neither shared a class or even lived on the same part of campus, they blocked out every Wednesday night to have dinner together. Then, sophomore year, before the two even got to their first Wednesday night dinner of the new semester, they bumped into each other at a Zumba class.

"Something that I’ve noticed in college is that everyone wants to make new friends, but people don't want to be the one to reach out to other people first," Kuang said. "Somebody needs to be the one to take that initial leap and establish that contact."

Kuang said she's never regretted reaching out first, and if nothing else, you get a meal or a coffee out of it.

Where are the coronavirus cases in North Carolina? 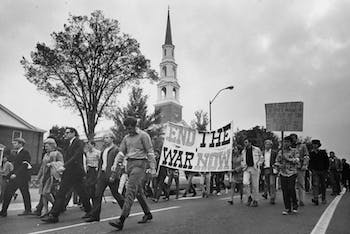 Next up in Campus

Next up in UNC-Chapel Hill