When he hired Mack Brown in 1997 to lead his football program, DeLoss Dodds already knew what he was getting.

Dodds, then the athletics director at Texas, first crossed paths with Brown when he interviewed for the job in Atlanta, but he had heard plenty about the North Carolina head coach beforehand.

“High expectations,” Dodds said, “but he met them.”

It wasn’t just that Brown — now 68 years old, back at UNC for a second time after getting hired in November — had willed the Tar Heels to a new level of national prominence, going 21-3 in his last two seasons in Chapel Hill.

It was the kind of person he was: genuine, warm, intelligent, as well equipped as anyone to handle the spotlight at a place like Texas, where the job can feel more like a governorship than a coaching gig.

A few months later, Brown was being introduced as the Longhorns’ head coach and made sure to greet everyone “like they were the only person in the room.”

“He was so welcoming, engaging and patient,” John Bianco, the senior associate athletic director at Texas, said in an email. “He gave off an amazingly warm and genuine feeling.”

In the football hotbed of Austin, good feelings are nice – but like an old pickup truck in the Texan desert, they only go so far.

Brown produced results too, stringing together nine consecutive 10-win seasons and an epic Rose Bowl win in 2006 to seal a national championship.

It is still, probably, the best college football game of the century. But the result isn’t the only thing Bianco remembers.

Brown had a message to players after the win: don’t make this the best thing in your life. Let this experience make you a better friend, a better employee, a better person.

“Wow, in that moment, that was so powerful,” Bianco wrote. “And to this day, everyone in that room still talks about that.”

In 16 seasons with the Longhorns, Brown went way beyond the call of duty, somehow finding time to “recruit for every sport at Texas,” according to Dodds.

“I think the golf coach took Jordan Spieth over to talk to Mack,” he said.

What about Kevin Durant, who played at Texas for a season under Rick Barnes?

Brown was maybe the most important person in the state. Eventually, though, he fell victim to his own on-field success.

After an 8-4 regular season, Brown resigned as Texas head coach in 2013, later discussing the near-insurmountable expectations he had helped create.

“The expectations were just overwhelming. He had what I would call not a bad year, but an average year. That wasn’t good enough," Dodds said, laughing. "He built a program that was hard to sustain.”

Back in 1997, though, Dodds didn’t know that Brown would become the most successful Longhorn coach in modern memory. All he knew was the gut feeling he got from the man across from him.

“There was no question in my mind after meeting him what we were gonna do.”

Dressed in a Carolina Blue hat, Carolina Blue shorts, and a white collared shirt, Kevin Negandhi sat on his suitcase in the lobby of Kenan Football Center. It was 9 a.m. on a Saturday.

It’s common for national media members to make the rounds in the weeks leading up to the college football season, visiting the practices of different teams.

The SportsCenter anchor and ESPN studio host wasn’t there on business, however. He was there to catch up with Mack Brown.

“Just to see how my friend’s doing,” Negandhi said. “That’s it. It’s not even to scout the team. It’s just, ‘How are you doing, we’re gonna miss you in the fall.’”

After leaving Texas, Brown signed on with ESPN as an analyst, a job he would hold until he returned as the UNC head coach in November.

Negandhi worked with Brown for two years on ESPN’s live college football show on ABC, reacting in real time to every game every Saturday.

His first impression? “This guy can’t be for real.”

“He has such a charm and demeanor where you feel like you’ve known him for years,” Negandhi said. “I’ve been around him long enough to see that that’s the genuine article, and he’s like that with everyone.”

My first Chapel Hill experience and seeing my good friend @coachmackbrown doing what he loves. No one better. He won't be with us on ABC but we'll be following the program every Saturday. The future is bright for @tarheelfootball. Great seeing Roy Williams and Harris Barton. pic.twitter.com/s3WhlEJ2Sh

“Considering his background, he’s one of the most modest guys I’ve ever met,” ESPN producer Rob Lemley said. “He led a pretty important program, and he’s got a pretty big ring on his hand. Despite all that, he came in and was just really down to earth. The relationship took no time to develop.”

Brown’s relationships with players, though, were always the most special. Both Negandhi and Lemley attended a December ceremony in New York when Brown was named to the College Football Hall of Fame, and saw a throng of players from all of his stops.

“‘This is awesome,’” Negandhi recalled thinking. “He’s touched so many lives, and now these guys are all coming back to say thank you. There’s nothing better.”

“The love that those players still had for him, you could tell that he had a great impact on their lives and vice versa,” Lemley said.

According to those close to him, that’s what Brown missed the most — being around young people, affecting their lives in a positive way.

It’s the kind of thing that can lure a 68-year-old back into the game.

Now armed with a new understanding of the press from the inside out — “A lot of coaches are miserable and they think the media’s after them,” he said, “and that has nothing to do with it” – Brown decided to return to Chapel Hill.

“I’m never convinced a coach doesn’t wanna coach, no matter how long he’s been in or out of the game,” Lemley said. “I felt the same with Mack.”

Tommy Thigpen was at Potomac High School in Virginia when he first met Mack Brown in 1988. Armed with nothing but his 1-10 record at UNC at the time, Brown quickly won over the Thigpen living room.

“When my parents met him,” Thigpen said, “They were like, ‘We don’t care what you do in college, but that man right there, you can trust.’”

Thigpen, an All-American linebacker, decided to trust him, and North Carolina promptly recorded a second straight one-win season. But you wouldn’t have known it by looking at Brown.

Thigpen says that after he graduated, he never lost contact with Brown. He had coaching stops at Illinois, Auburn and Tennessee, among other places — the whole time, the two stayed in touch.

“He said, ‘One day, you’re gonna work with me. Not work for me, work with me,’” Thigpen said. “And if I ever get back into it, you’re going to be one of the first people I call.”

That eventually happened, too. Thigpen is now the co-defensive coordinator and inside linebackers coach for the Tar Heels, having been retained from the previous regime when Brown was hired.

Three decades later, Thigpen still remembers what his parents told him about Brown: “You’re not gonna find anybody that genuine.”

Now beginning his second stint in Chapel Hill, it turns out that a lot of the traits that make Brown who he is are still there.

He’s still the guy who can work a room, and remember everyone’s names while doing it.

He’s still the guy who never yells at players, according to Thigpen — but got choked up in front of the team when Cedric Benson, his former player, died this month.

And he’s still the guy who wants to make North Carolina a championship contender.

Make no mistake, though: a lot has happened since Brown left UNC.

He won a title and rebuilt a powerhouse. He left a historic program amid immense expectations and, at ESPN, developed a new understanding of the coach-media dynamic.

He’s older, yes, but also wiser. Mack is back, indeed — except he’s not the same exact guy.

“We’re always changing,” Thigpen said. “Nobody ever stays the same. I know he’s changed for the better.” 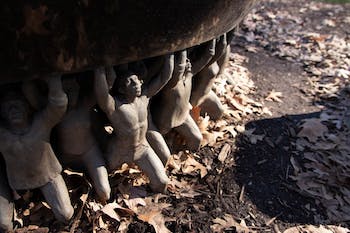 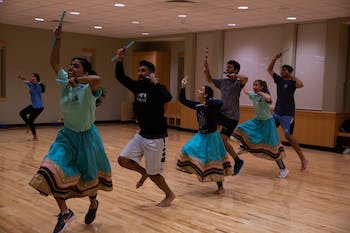