This UNC wrestler draws superheroes, then competes like one on the mat

When your father was a professional MMA fighter and boxer, every aspect of life revolves around the wrestling mat and boxing ring.

Jeremiah Derby, a UNC sophomore majoring in studio art, said his father, David “Do or Die” Derby, started bringing him to wrestling practices and fights when he was 4 years old.

"Even when I wasn't old enough to wrestle, my dad would take a blanket and put it on the floor and say, 'All right, let's wrestle,’” Jeremiah said.

At UNC, Jeremiah is on the wrestling team and boxes with the Carolina Boxing Club. He said his passion for these two sports developed from an early age, starting with those impromptu father-son matches.

From the mat to Batman

Jeremiah said he was immediately drawn to how disciplined both sports were — but for his father, there was more to teaching him how to wrestle and box than just proper stances and moves.

"He saw my determination, and he saw that I enjoyed wrestling, but he put me into it because he wanted me to be able to defend myself,” Jeremiah said.

David said he was severely bullied in school because of his small stature, his lack of name-brand clothing and his love of comic books.

“I introduced Jeremiah to Batman, and I like Batman because the series consists of really intelligent comics," David said. "It was really a smart read. And Batman would always find a way to escape."

To Jeremiah, his father’s love for superheroes — particularly Batman — became his escape from bullying. He thinks this contributed to his dad’s love for wrestling and fighting, which quickly rubbed off on him.

“With his background, he was not only surrounding me with wrestling and boxing, but he was surrounding me with superheroes and comic books,” Jeremiah said. “As a kid, I would go to wrestling practice, do my homework and then watch 'Batman' and 'Justice League,' and I was sucked into it because I love the artwork of it and the energy and the heroes.”

This is when Jeremiah also began courting a third love: art. He remembers constantly taking crayons, colored pencils and Sharpies to make art after school and wrestling practice.

“Jeremiah just fell in love with Batman,” David said. “And I think that's how he started out. He started out drawing comic book characters really early, and he just blew me away.”

As Jeremiah’s talents with wrestling and boxing continued to become more advanced, so did his art.

Jeremiah would wrestle in the winter months and box in the summer months all throughout his school career, and he constantly devoted himself to strengthening his art skillset, from creating comic books to stop-motion animation.

“It was probably high school when I started saying, ‘Whoa, this kid is getting good,’ but he always drew and he kept doing it and working at it,” David said. “I wouldn’t say Jeremiah was a natural at any one thing, but he grinded everything out, and he got good because he would work so hard and would just keep practicing.”

For him, art and athletics have always been on the same level of importance, and it takes a lot of the same motivation to do both successfully.

“I've been drawing as long as I've been wrestling, and it's taken years and years of not just hard work, but smart work,” Jeremiah said. “Looking back, I think that was why I was always improving and getting better. All of this stuff goes together, and it all comes in one package — which is me.”

Acclimating to athletics and art at UNC

When he got to UNC, Jeremiah said managing time between schoolwork, wrestling, boxing and his personal art projects made him sort out his priorities.

"My first priority is to be a student and get good grades, and then wrestling and boxing and then my artwork,” he said.

Jeremiah said he kept a daily schedule of lifting weights at 7 a.m., going to class in the morning and early afternoon, wrestling at 3 p.m., boxing at 6 p.m., tutoring at 8 p.m., doing homework and then working on personal art projects until 3 a.m.

“A lot of people would think that's pretty crazy, but that's how much I love all of it and am passionate about all of it,” Jeremiah said. “These things all matter to me. I have to have all of them, and if I have to put down one of them, then I don't feel complete and having all of them keeps me motivated, inspired, happy and fulfilled."

Finding time to balance all of his passions and obligations didn’t make his coursework any less challenging, though.

One studio art class in particular — "Video I" — really tested both Jeremiah’s willingness to open up to the class and challenge his abilities with video.

Deepanjan Mukhopadhyay, a studio art professor of the practice at UNC who had Jeremiah for "Video I," said getting him to engage with the class and share his prior experience with video was difficult at first. Mukhopadhyay said he knew Jeremiah had lots of experience on the technical side of video but less of a conceptual basis.

“What might have been hard for him, and what he might have learned in the 'Video I' class is making video in the context of art — which is not just about technique but also about conceptual aspects of art making,” Mukhopadhyay said. “I think that's where his growth happened because he was able to communicate within this art world, or art language, and understand and comprehend it.”

Jeremiah said this class really pushed him outside of his artistic comfort zone, and that he is thankful that Mukhopadhyay showed him that there’s an art to making videos.

"I struggled a lot with this video class because it wasn't what I expected,” Jeremiah said. “I wanted it to be a class where I could just go in and do what I wanted by working on my own videos, and I was actually pretty frustrated for a while, but I went from failing the course to one point away from an A."

For Mukhopadhyay, Jeremiah also proved to be a unique student because he said the studio art department doesn’t get a lot of student-athletes interested in the arts. He said Jeremiah is very personally driven, and it would be amazing if the department got more students like him.

David said he is proud of Jeremiah for all of his drive and willpower to fight for his dreams, and he said he loved watching Jeremiah do everything he could to become a Tar Heel.

“This is really a dream come true not just for him, but for me,” David said. “But we didn’t come here just to get here. He wants to be a national champion, and I think he can do it in boxing and wrestling. I know he will do whatever it takes for that to happen, but I think it will be historic.”

While Jeremiah’s childhood dreams of being a professional in combat sports through MMA fighting and boxing — as well as a comic book artist and animator for DC or Marvel — have not changed since coming to college, he said he is trusting God to guide him through his time at UNC and beyond.

"I can make as many plans and set as many goals as I want, but God's plans are bigger than ours,” Jeremiah said. “I do know my art and athletic abilities have grown leaps and bounds over the past few years, and I'm on a whole different level than I was five years and even one year ago.”

Looking forward, Jeremiah said he hopes his artwork will get to a professional level, and that his athletic abilities will continue to develop. Jeremiah said his approach to art, athletics and his faith all revolve around pushing through and persevering to see results in the long run. 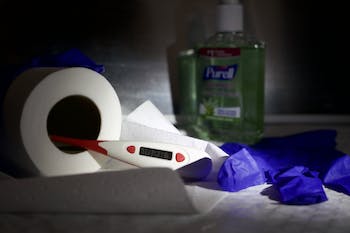 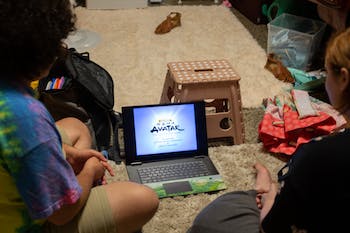 Analysis: 'Avatar: The Last Airbender' is a show for our moment

Next up in Wrestling

Next up in Culture