Chapel Hill resident Cathy Packer works at the voting site at Chapel of the Cross in Chapel Hill on Sunday, Feb. 23, 2020.
Ben Tran

In the latest development of the lawsuits against the North Carolina voter identification law, a state appellate court temporarily blocked the law’s implementation on Feb. 18.

The ruling, which was unanimously decided by a three-judge panel, comes after a federal court judge previously granted a request by the North Carolina NAACP and some of its local chapters on Dec. 31, 2019 to block the law’s implementation.

No voter identification is needed for the primary election, and now it may not be needed for the November election, according to a press release by the Southern Coalition for Social Justice, whose lawyers are representing some of the plaintiffs in the lawsuit.

“This strongly worded ruling, which highlights the abundant evidence of discriminatory intent of the challenged law, sends the unequivocal signal that constitutional protections in North Carolina will be vigorously enforced by our state courts, an outcome that will protect all voters and ensure a robust democracy,” said Allison Riggs, chief counsel for voting rights with the Southern Coalition for Social Justice. 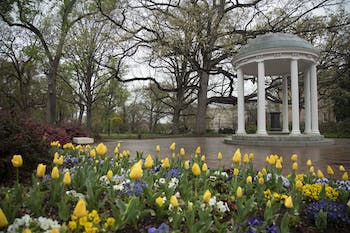 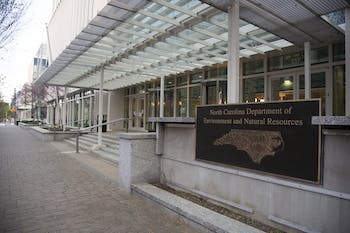 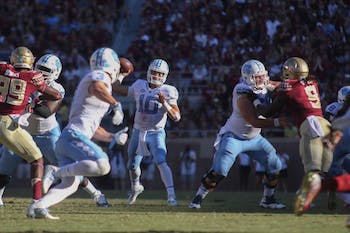 Bored in quarantine? Rewatch some of UNC football's most memorable wins

“It was the right decision,” Robertson said. “I am someone who believes that we should remove all impediments for people to vote, and I think that the idea that people are showing up in person and voting maliciously is an overstated fear to push through laws to keep people from exercising their right to vote.”

The lawsuit in the N.C. Court of Appeals challenges the constitutionality of the voter ID law that passed in 2018 after the General Assembly overturned Gov. Roy Cooper’s veto of the law.

The plaintiffs allege in the suit that the voter ID requirement “violates the Equal Protection Clause of the North Carolina Constitution because it intentionally discriminates against African American voters.”

The ruling states that the General Assembly’s history with voter ID laws, the unusual timeline of the law’s passing and the disproportional impact on African American voters show that there was a discriminatory intent in the creation of the voter ID law.

In response, N.C. House Speaker Tim Moore, R-Cleveland, said in a statement released on Feb. 18 that General Assembly leaders will continue to fight for the amendment that voters approved in 2018.

“We will not be deterred by judicial attempts to suppress the people’s voice in the democratic process,” Moore said.

Moore is listed as a defendant in the lawsuit in the state appellate court.

This ruling, along with the injunction granted by the federal court, prevents the implementation or enforcement of the voter ID law until the cases can be officially decided on.

The timeline for when the cases will be decided is unclear, but the injunctions may last for the rest of the 2020 election cycle.

Next up in The Daily Tar Heel Election Center