Column: There's nothing to fear but the tears Taylor Swift has created in the studio

It didn’t hit me until I sat down to write this column the impact both Taylor Swift — and her “Fearless” album, specifically — have had on my life.

When I was 10 years old, I put a set of tickets to the Fearless Tour at the top of my Christmas list. Much to my surprise, on Christmas morning, I didn’t wake up to a spread of Taylor Swift merch and tickets under the tree; rather I had a red folder with a glaring picture of Justin Bieber spread across the front.

Inside, lay two tickets to Taylor’s tour — in that Justin Bieber folder I still have to this day that was given only as a cruel joke from my family. "Fearless" then became the first concert I ever went to, and I haven’t forgotten anything about it to this day.

A few short years later, my sister burst into my room one random summer night and asked “what’s that one song by Taylor Swift that goes, ‘people are people and sometimes we change our minds.’”

“Breathe,” I responded to her — both literally and figuratively.

Years after that, immediately after my high school graduation, my dad showed me his graduation present for me. It was a movie collage of pictures and videos taken throughout my life. The opening song? “The Best Day.”

I love "Fearless," and it's been part of some incredibly vivid memories for me.

And last week, as the anticipation of Taylor Swift’s release of her second studio album — as recorded 12 years later — built, I couldn’t help but be thrust back into past Brandon's mind. I was suddenly reliving each moment of my early life and as I was listening to the original version of "Fearless." I found myself falling in love again with the artist whose music and talent I cherish so deeply.

Then, Friday of last week came. I quickly pulled up the coveted album on my phone in the morning and was transported into a completely different universe. I didn’t realize that the two albums would stack up so differently, considering they are only seven songs dissimilar.

After a weekend of listening to the album on repeat — and forcing 30 of my Uber riders to listen to the 26-song strong tracklist with me — I finally am sitting down to write a review of "Fearless (Taylor’s Version)" since it means so much to me.

Looking at Taylor’s Version from a macro view, the nearly 2-hour long album holds much promise, with classics like “Breathe” still featuring the now-defunct Colbie Caillat and “Forever & Always” still getting duality in both a full-studio version and a piano-only version.

To my surprise, much of it still holds up. I figured that I was far more mature than the 9-year-old me who first heard the album and formed my whole emotional persona for my teen years based on it.

I still found myself this weekend screaming “Love Story” at the top of my lungs — remembering every single boy that I thought would be my "Romeo" — and letting tears shed down my face. The same happened with “Fifteen,” “Fearless” — the album’s namesake — and countless others.

However, there were some songs that didn’t invoke the same emotion in me — and it doesn’t seem that they did for Taylor either.

While “You Belong With Me” remains one of my favorite Taylor songs, her new rendition of the song that sat on the Billboard charts for 50 weeks just doesn’t do it for me.

Maybe it’s because Taylor’s voice has matured more and her singing is less breathy — that of which I expect of a 19-year-old who is asking ‘So, why can't you see?’ — or perhaps it is because the instrumentals are more muted and pitched to fit the overall aesthetic of the album and not the radio.

No matter the reason, a few of my favorite songs, namely “You Belong With Me,” “Change” and “You’re Not Sorry,” hit different for me — unfortunately not in a good way.

But, overall, the base album holds up incredibly well, so much that I’ve found myself liking the rerecorded versions of some songs better. But Ms. Swift didn’t stop there.

From the vault and beyond

In a very Taylor-like fashion, she couldn’t release the album without including something special for the fans. For "Fearless (Taylor’s Version)" this was six, never-before-released songs from the vault, plus the addition of “Today Was a Fairytale” to the tracklist.

Even four days later, I’m still trying to fully theorize the reasons why Taylor wouldn’t include these songs on the original version of the album — or at the least, include them on a subsequent EP or full album. I can’t find a reason.

I’d like to poke holes in any of the songs, but aside from the minor-key intro of “Bye Bye Baby” (which makes it sound like a horror movie intro), the vault songs are true masterpieces.

Notably, “Mr. Perfectly Fine” and “That’s When” have managed to steal my heart in just a few days.

This only bodes well for the future rerecordings, as hopefully Taylor will open up more of her robust vault and give the people the songs that we REALLY want ("All Too Well," 10-minute version anyone?)

Did it hold up?

So, looking at the album as a whole, what could be better? Did the album actually hold up?

To this album, Taylor added her more mature voice to the classics that we love and opened up the vault for us to have more songs to belt in the car.

While there are certainly some songs that I would have loved to hear a more "true-to-Fearless-version-one" tone on, I think the addition of Taylor’s more rustic and grown-up voice — plus her ability to control her breathing and annunciation — leaves the door open for some of these old tracks to be repurposed and re-thrust into the viral spotlight (I’m looking at you "Hey Stephen" and "The Best Day".)

And, let’s be honest, even with the spots where "Fearless (Taylor’s Version)" could’ve been better or didn’t hold up, we know that it only gets better from here. We’re surely in for a ride with her more recent works of "Speak Now," "Red," "1989" and "Reputation" to come. Perhaps the same could be said for self-titled as well — only time will tell.

For now, I just want to say hats off to you, Taylor. Your music was already special enough to me, and the rerecord is just icing on the cake.

If you haven’t take a moment to listen to Taylor’s new album, you can listen to it side-by-side with the old version here. 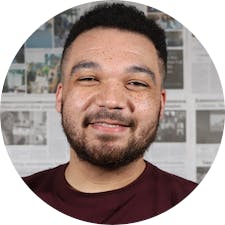 Brandon Standley is the editorial managing editor of The Daily Tar Heel. He is a senior at UNC-Chapel Hill studying public relations and psychology.

Next up in Arts & Culture

Next up in Music