From the Press Box

The team is comprised of five primary gymnasts and three alternates, all selected from a pool of 14 athletes. Selection followed two nights of competition, and the top scorer all-around from the two nights automatically qualifies for the team, and even though score is dependent on difficulty of the performance and execution, the team is not the top five scorers. The selection committee is free to pick any five athletes regardless of trial placement to form the team

The committee not only uses the trials into account in their decisions, but they also look at the past successes of the gymnasts in the trials and their accomplishments in the past competition season, especially the World Championship and the national competition, held in late June.

In the team announced last night included two of the “Fierce Five” from the 2012 Olympics, Gabby Douglas and Aly Raisman; a reigning world champion on the uneven bars, Madison Kocian; a dynamo in her first year of senior competition, Laurie Hernandez; and who many consider to be the greatest female gymnast who ever lived, Simone Biles. 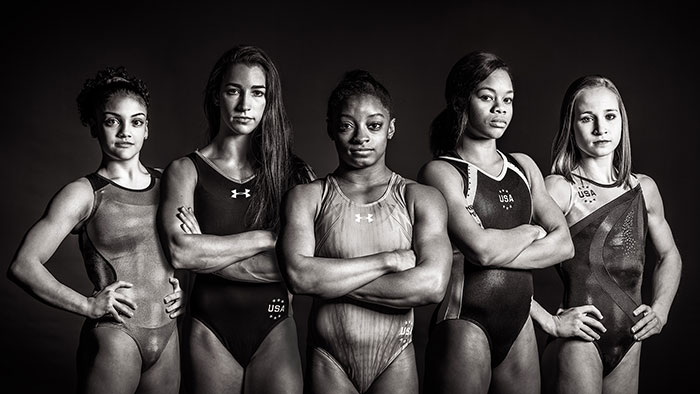 Gabby Douglas, the reigning Olympic champion, was originally considered a lock for the Olympic team, but after a seventh place finish and a fall from the balance beam on the first night of the trials, her spot was questionable.

The 20 year old from Virginia Beach fell from the balance beam on the second night of competition, but redeemed herself with a solid performance on the uneven bars and the vault. She finished in second place behind Simone Biles in the world championship this past year. It was her first competition season since the 2012 Olympics .

She holds 2 Olympic medals, 3 world medals and 14 domestic competition awards and looks to defend her all-around title next month. 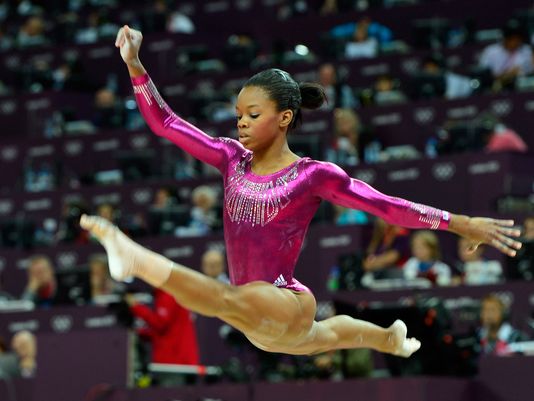 She holds 14 world medals, 17 national championship medals and four other domestic competition medals. Since she placed first the Olympic Trials, she had an assured spot on the team, even after a fall from the balance beam on the second night of competition.

The 19 year old from Columbus, Ohio has verbally committed to competing at UCLA on Twitter, but has since forfeited her NCAA eligibility by pursuing a professional career. Biles is considered by many the greatest female gymnast who ever lived, and she is the Olympic favorite in the all-around medal category. She potentially has the opportunity to earn five Olympic Medals in Rio next month. 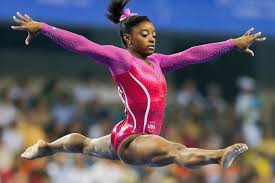 Laurie Hernandez is a 16 year-old firecracker from New Brunswick, New Jersey in her first year of senior competition. Her routines are technically challenging and please her fans and crowds alike. Her energy as a young competitor gives her brightness and charisma that show through her routines.

She holds four national championship medals and five other international and domestic competition medals. She finished in second place in the Olympic trials behind Simone Biles, and delivered perhaps the most solid performance in the second night of the trials, proving to be a lock for the Olympic team after her performance on the balance beam .

Her consistency in her performance will strengthen the US Team’s Olympic medal prospects next month. 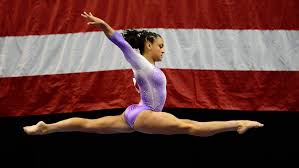 Aly Raisman, the 22 year old from Needham, Massachusetts, returns to the Olympic stage after taking a break from the competition stage in 2013 and 2014. During the 2012 games, Raisman was the most decorated athlete among the women’s team, earning team gold, a gold on floor exercise and a bronze on the balance beam, and tied for bronze in the all-around competition, but after a tie breaker she ultimately placed fourth in the event.

During the trials, she delivered solid performances all across the board, and stunned audiences with her floor routine. She will lead the US team next month. The 22 year old gymnast has also become an advocate for positive body image and was considered an automatic lock for the Olympic team. 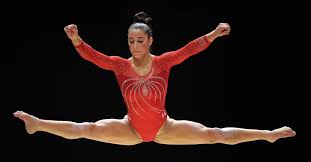 Her Twitter account reports that she will attend UCLA. Team USA will rely on her in the uneven bars with her world champion skills and expertise. 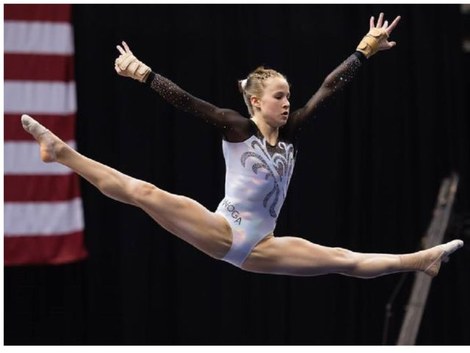