Disclaimer: I have a lot of mixed feelings about Yik Yak. I’ve seen quite a few posts that I’ve had issues with. Regardless, there are occasional priceless gems that I’ve kept on my phone since September.

Those that use Yak (the hip, abbreviated form of Yik Yak) have flocked to the app throughout all kinds of happenings at UNC during 2015-2016:

The ACC Football Championship game v. Clemson, and the infamous offsides call that some say changed outcome of the game 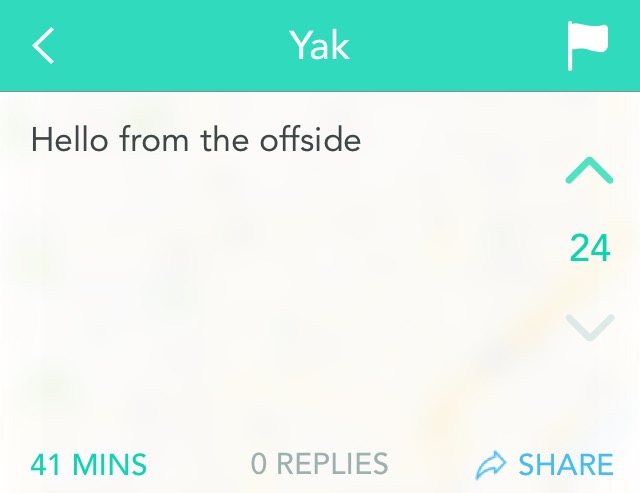 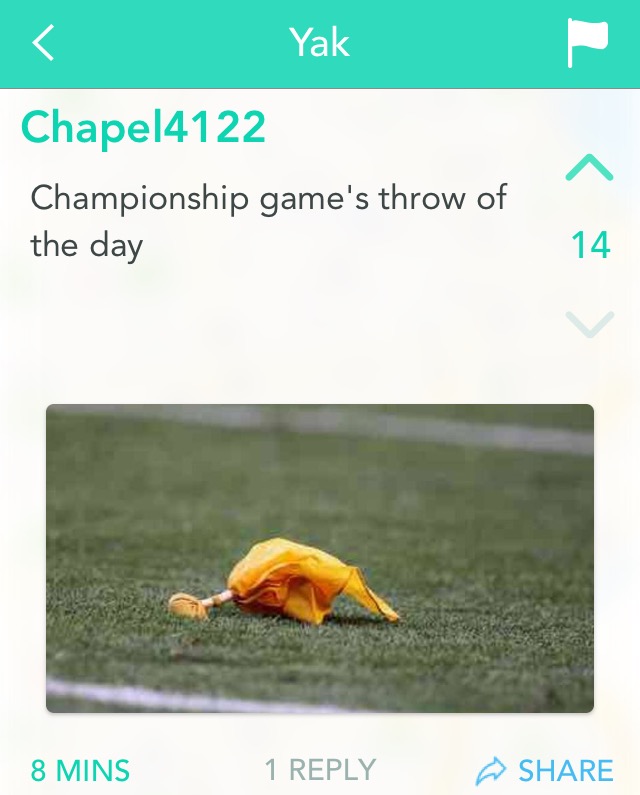 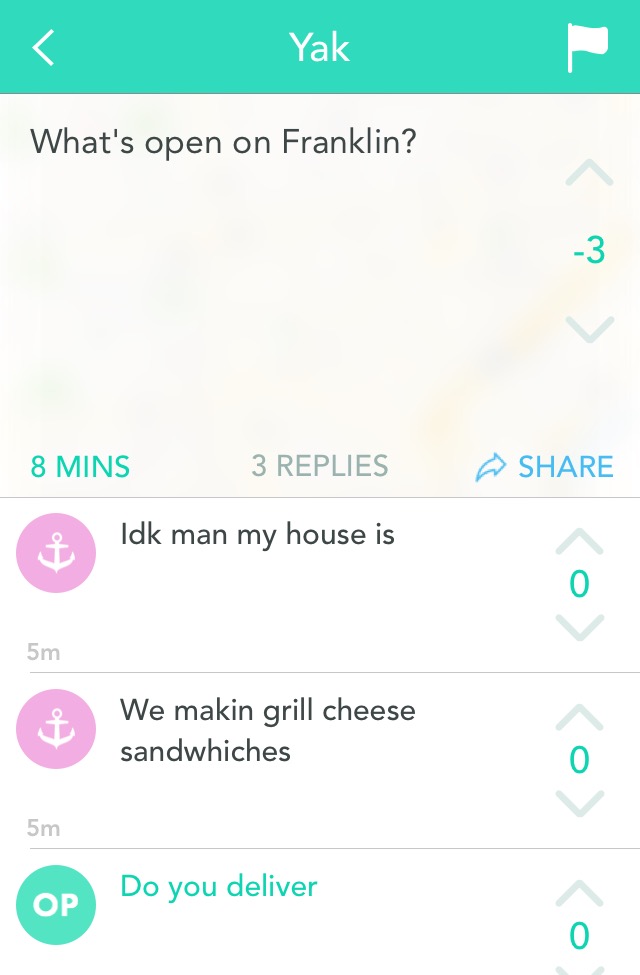 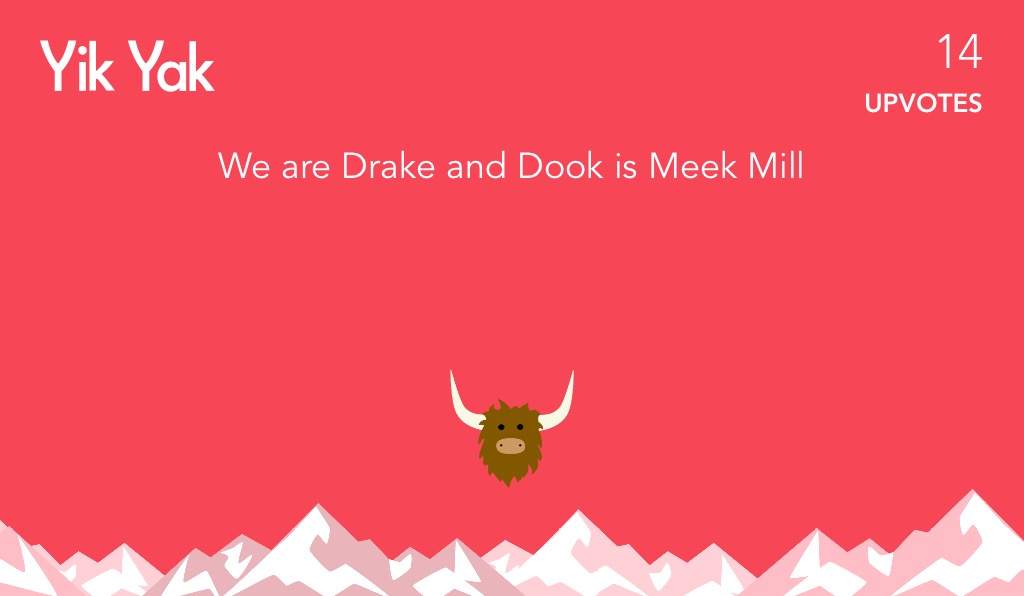 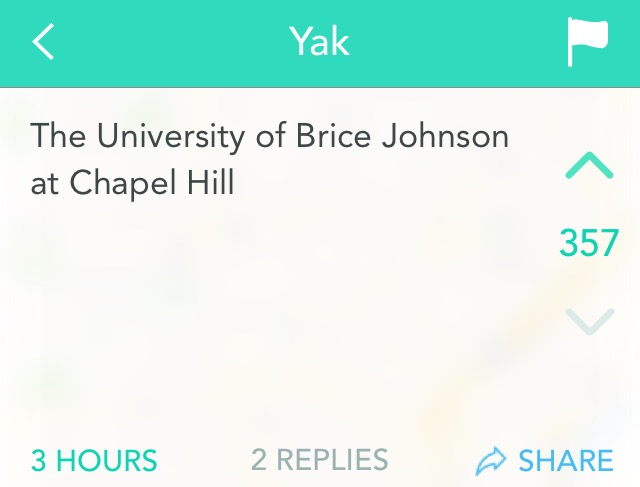 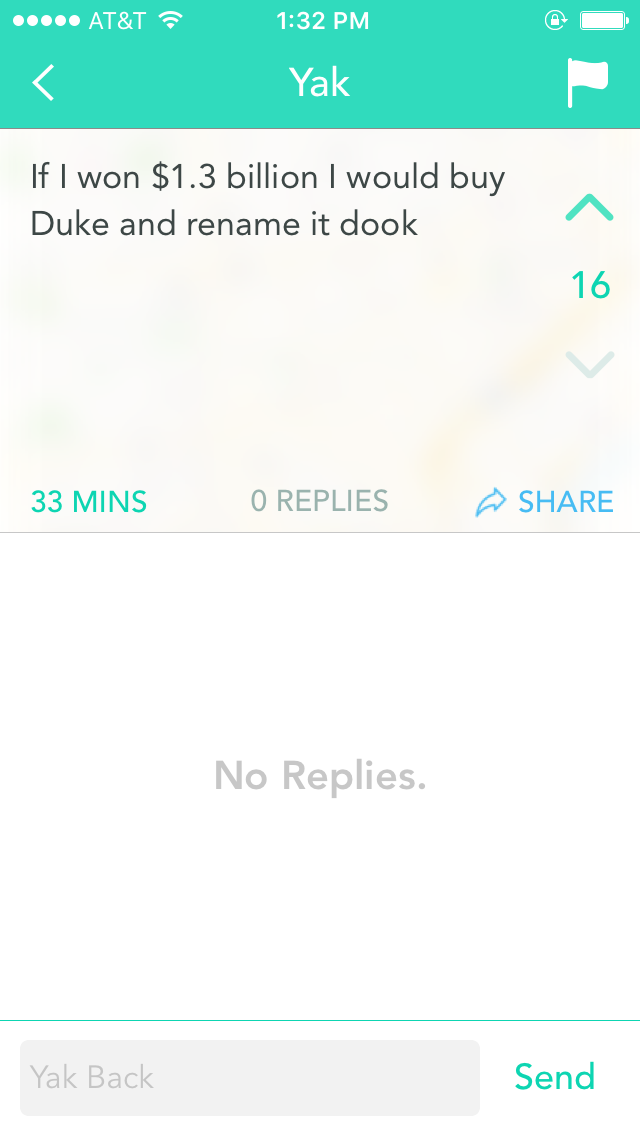 During the Tornado of February 2016: 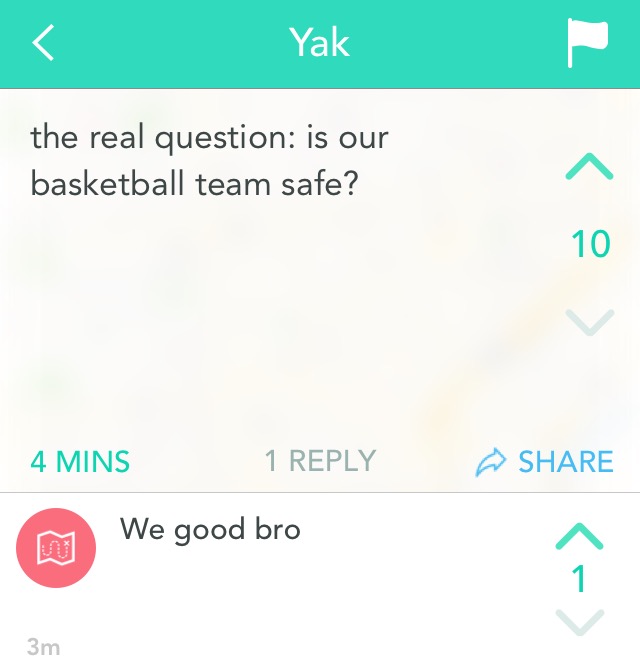 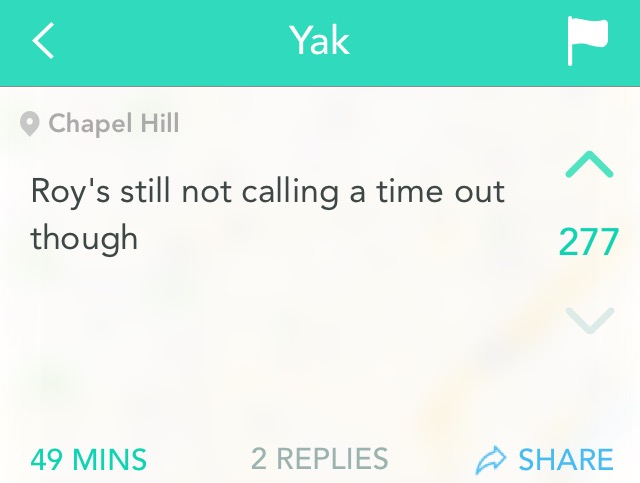 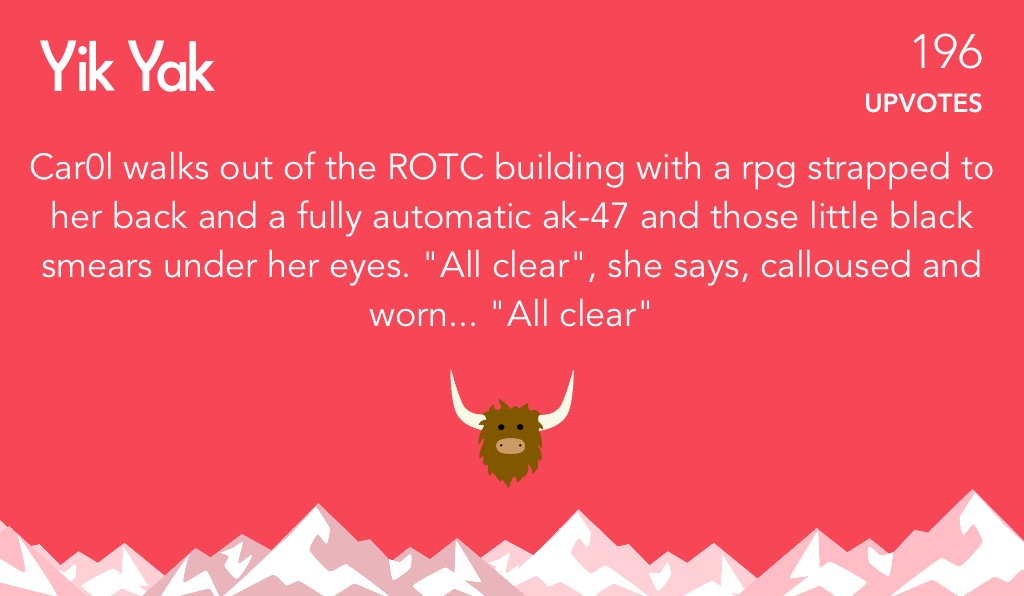 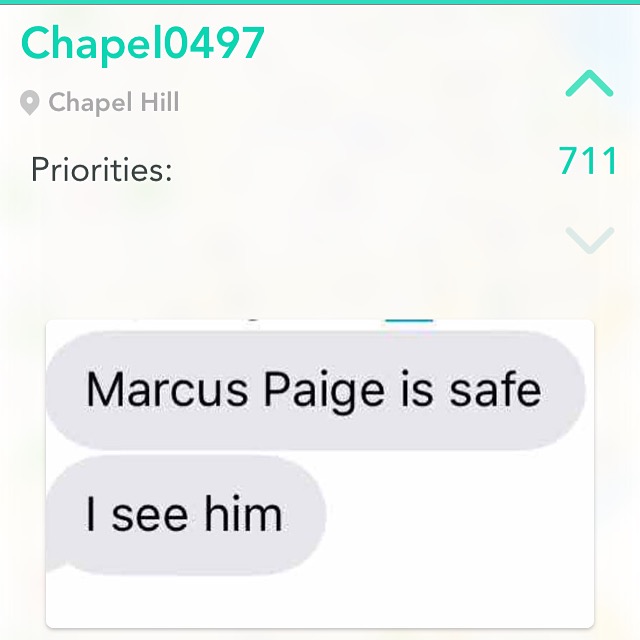 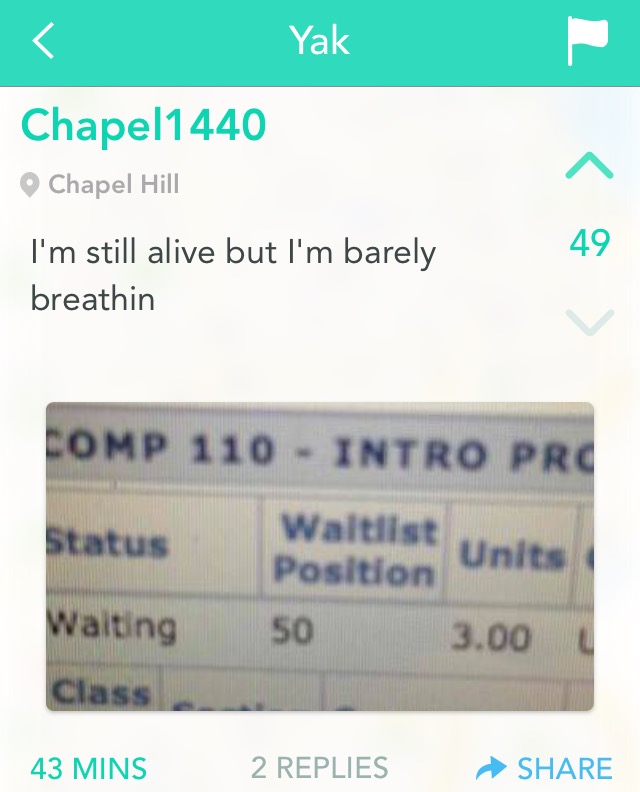 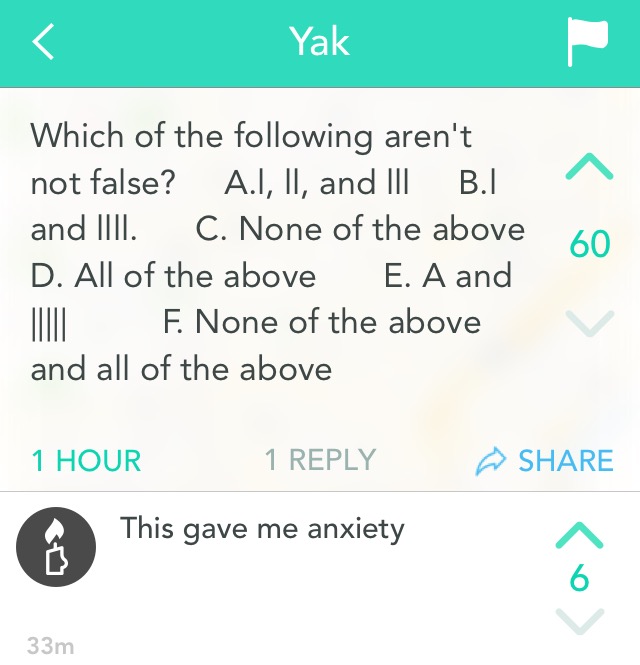 But most of all, just general #CarolinaThings! 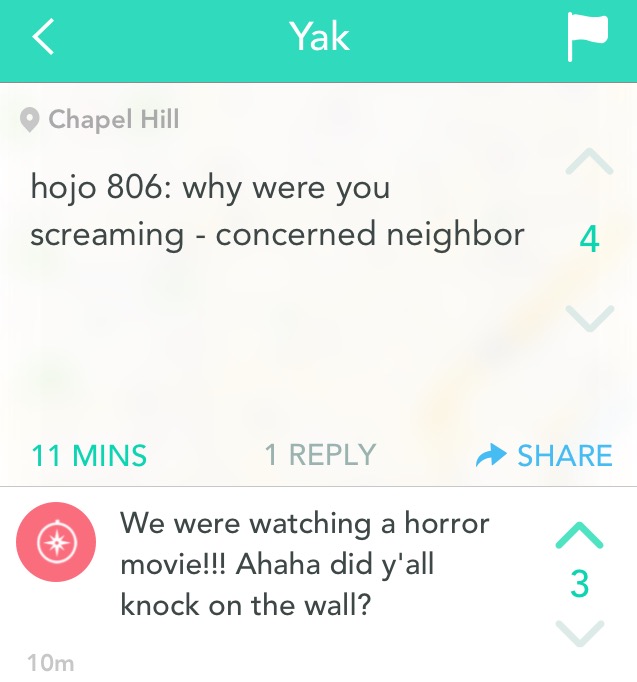 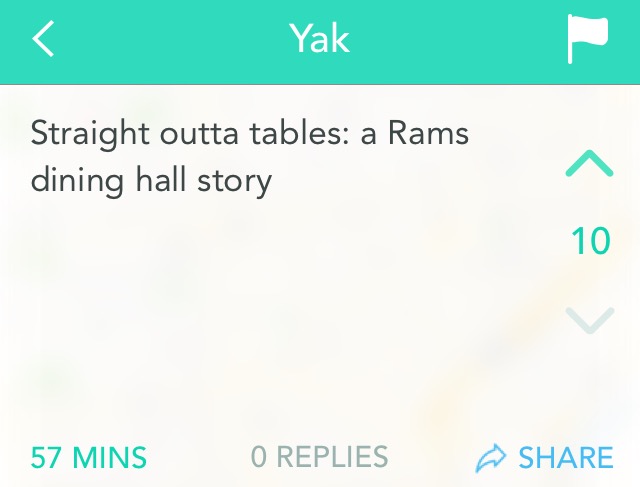 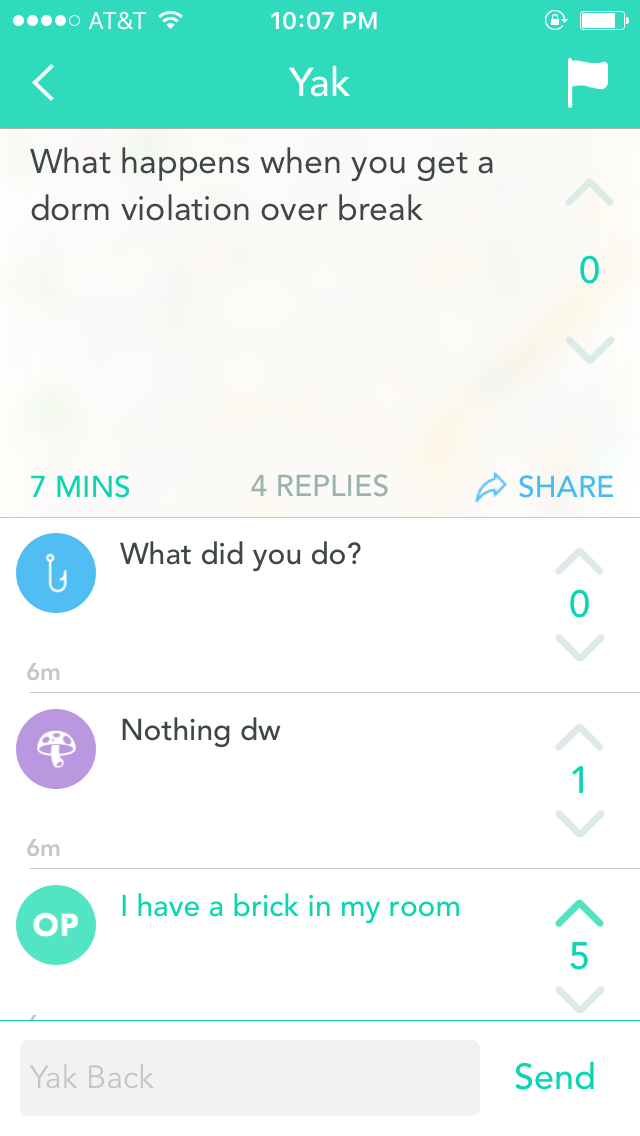 Next up in Pit Talk