Here's what you missed at the latest Campus Safety Commission meeting 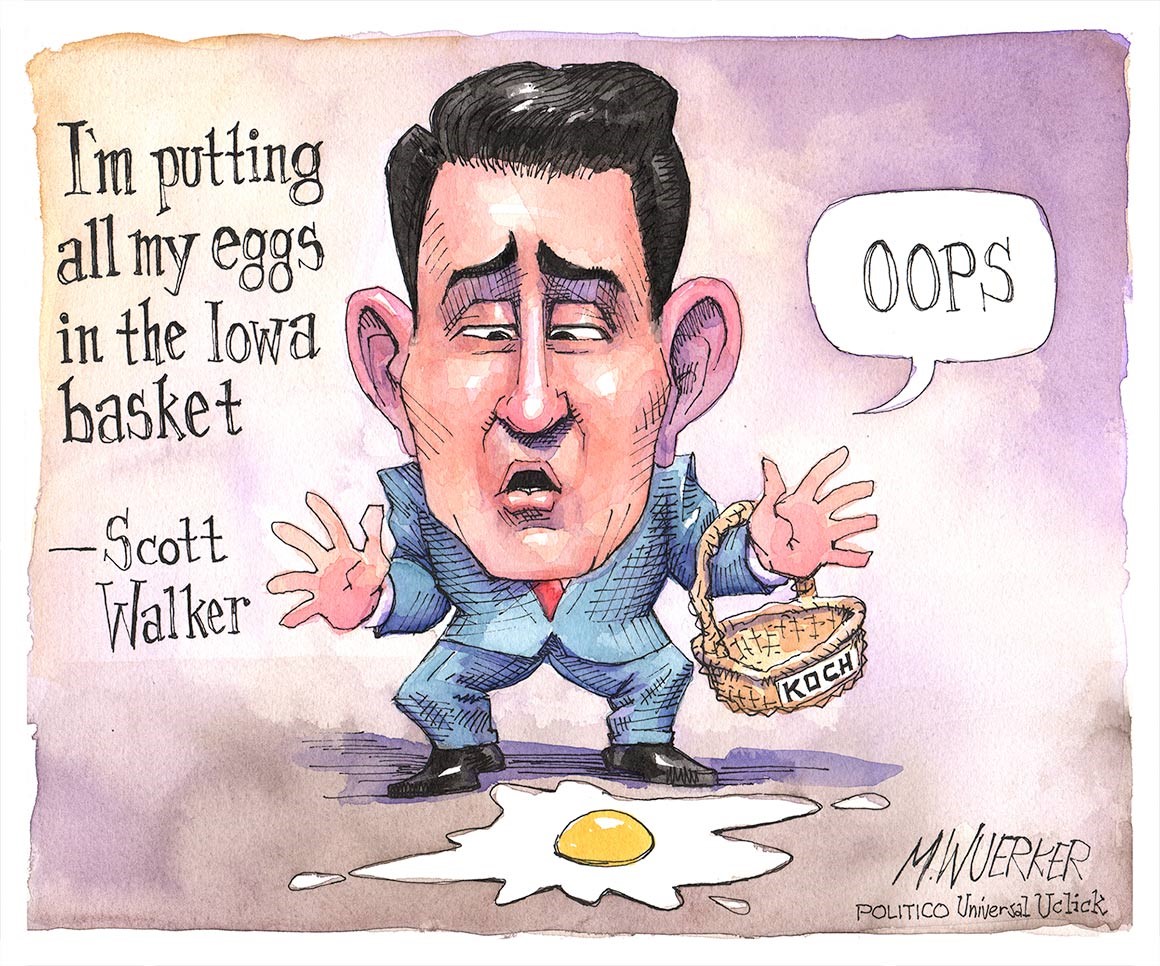 Why any other candidate would listen to someone as bad a campaigner as Walker is unclear, but he added that doing so would make him look less bad mount an opposition to front-runner Donald Trump, because “…voters can focus on a limited number of candidates who can offer a positive, conservative alternative to the current front-runner.”

One last thought: Walker's timing is good. Word is he just avoided getting tied to a very bad story that could well have been coming.

Hillary Clinton: The Democratic front-runner is probably wishing the word “email” never comes up again, as about a dozen more related to the Benghazi controversy popped up this week — this time in filing for a Freedom of Information lawsuit by a conservative group, Citizens United.

After much dodging and carefully crafted non-answers, Clinton announced Tuesday her opposition to the construction of the Keystone XL pipeline in an attempt to woo liberals and environmentalists.

Joe Biden: Still not running. That doesn’t seem to have stopped the Clinton campaign from treating him as a threat.

Others: Praying for a rapture-type event that removes all other Democratic candidates from Earth, giving them the chance to secure the nomination and lose to a Republican in the general election.

I got to know @ScottWalker well—he’s a very nice person and has a great future.

Ben Carson: The former neurosurgeon went on NBC's "Meet the Press" and said Muslims should not be president because their ideology is inconsistent with America's values. He refused to apologize for his comments and they have proved a fundraising boon to Carson's Super PAC, proving that you can get away with saying almost anything if you do it in a calm, disarming manner.

Carly Fiorina: The former CEO of Hewlett Packard is enjoying a post-debate surge in the polls, after coming across as a candidate with policy chops who can stand up to Hillary Clinton and Donald Trump. Her checkered tenure at HP has drawn increased scrutiny as her candidacy has improved.

Ted Cruz: The junior Senator from Texas went on "The Late Show with Stephen Colbert" hoping to score some of the same points that Jeb! Bush and Joe Biden earned, but drew both Colbert's ire and the audience's — Colbert even had to mellow out the crowd to keep the interview on track. Cruz's opposition to gay marriage, as well as admitting that Ronald Reagan's positions could not be viable in the current Republican party, contributed to his jeering.

Quote of the Week

"I would not advocate that we put a Muslim in charge of this nation. I absolutely would not agree with that."

Video of the Week

Trump also went on "The Late Show" this week, and showed Ted Cruz how a presidential candidate is supposed to navigate late-night talk shows.