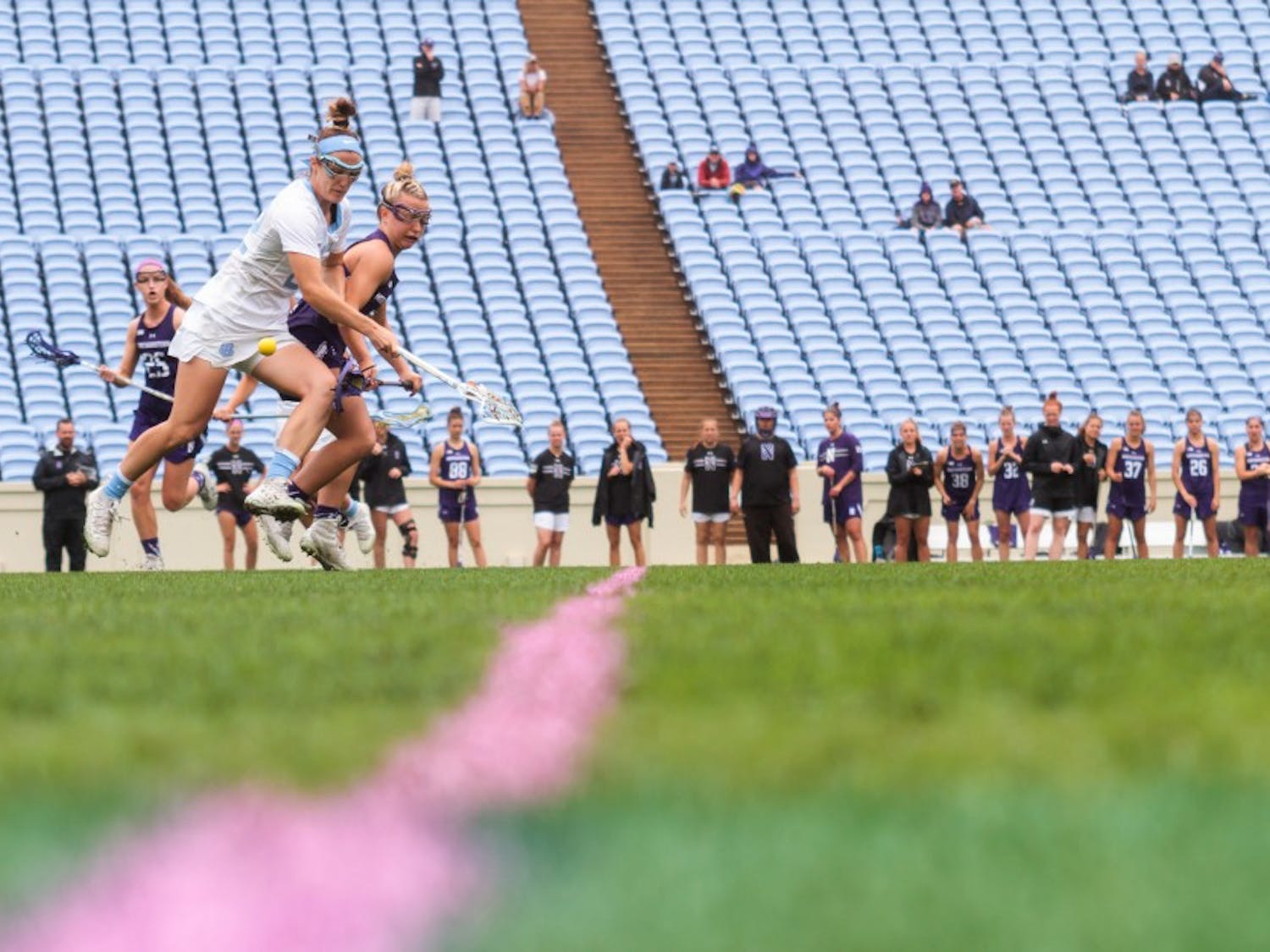 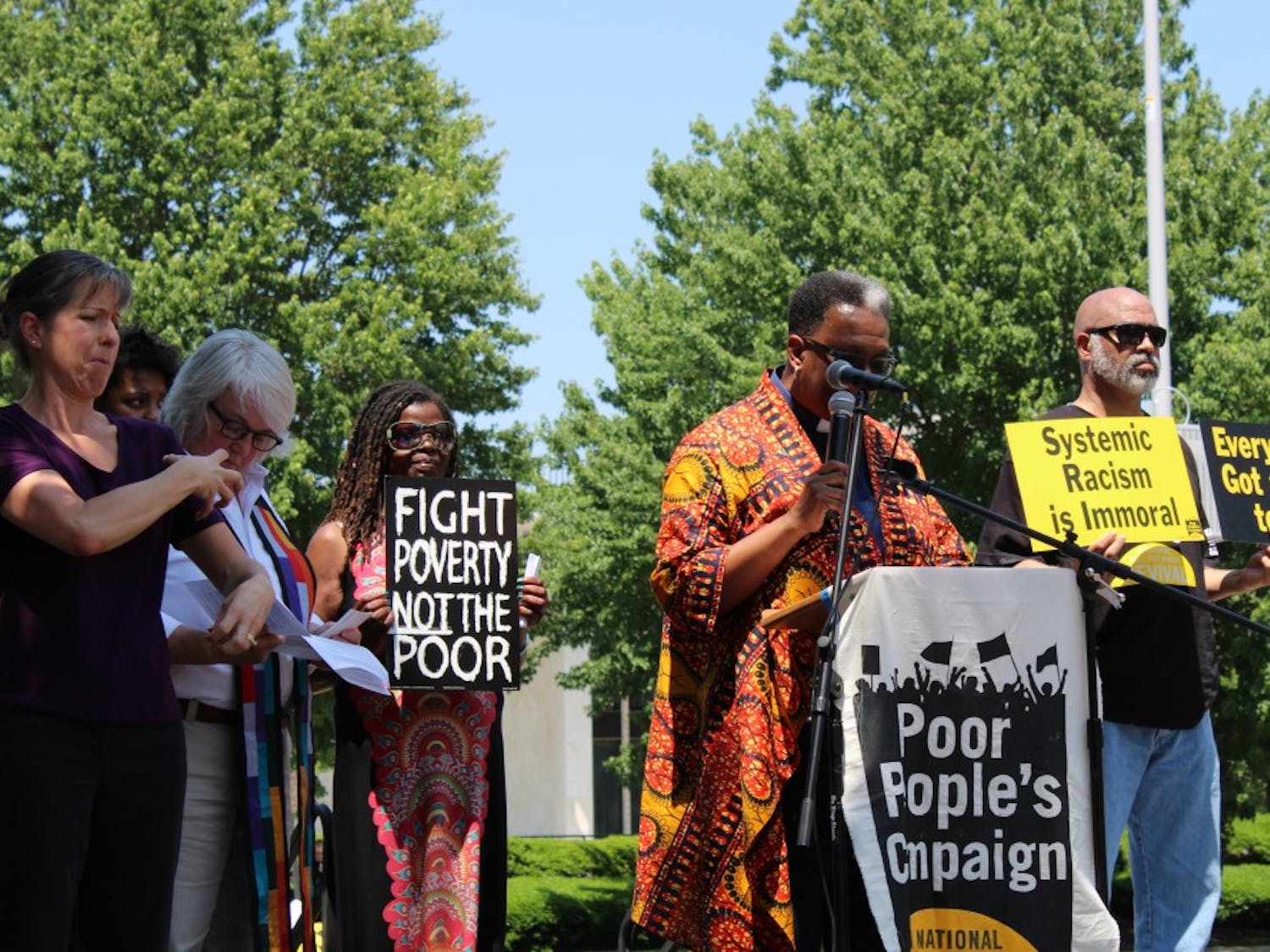 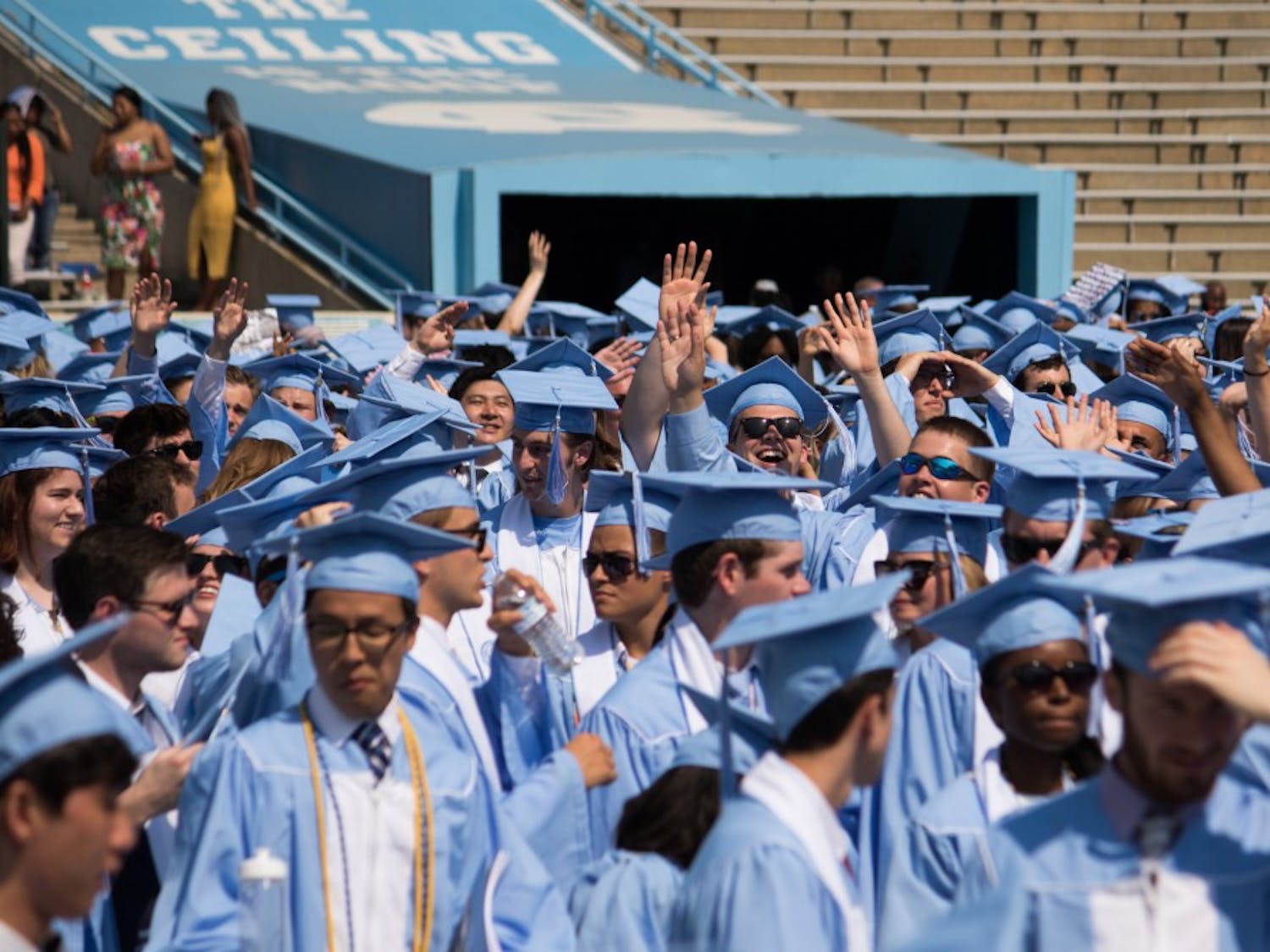 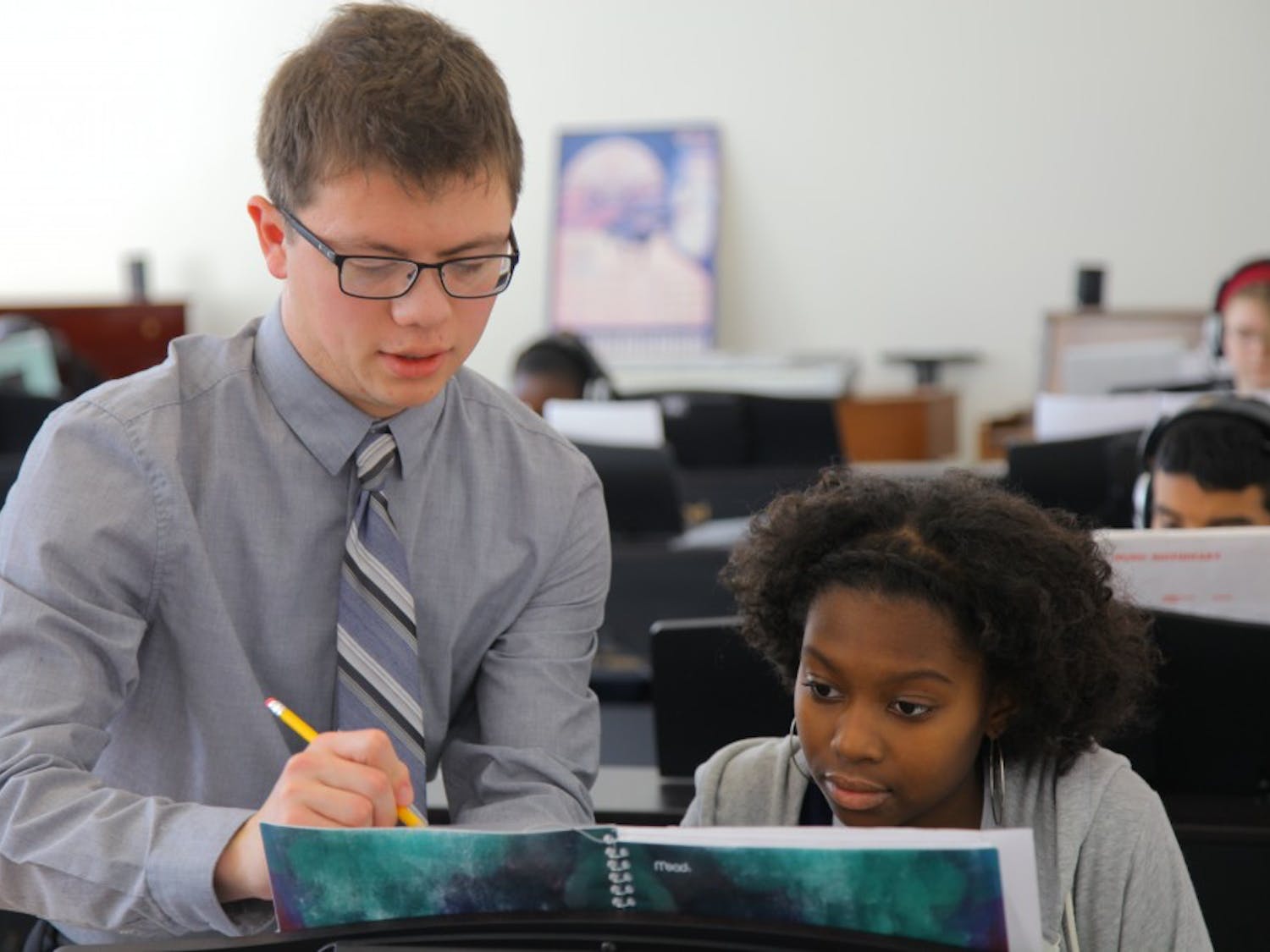 Pulling Out All The Stops: Local Organ Player

Lee Treml, a senior and music education major at UNC-Chapel Hill, spends 35 hours a week working as a teacher’s assistant in the piano lab at Durham School of the Arts (DSA). As an alumnus of the high school, Lee was recognized from four years ago by one of his current students.  “He was always the quiet kid who was really good at piano,” DSA junior Jeremiah “Legacy” Griffin said, a 7th-grader at the time. “I was like ‘Wow, one day I will be as good as him.’” It was during his freshman year at DSA that Lee was first introduced to the organ by his own piano teacher Fred Mason. “A lot of what I already knew for the piano overlapped with the organ,” Treml said. By his senior year of high school, Lee was an active substitute for organists in the area.  He eventually landed a permanent position at St. Titus Episcopal Church, where he now plays every Sunday morning, arriving early to warm up the choir.  Brenda Armstrong, the Senior Associate Dean for Student Diversity, Recruitment, and Retention at Duke University, was the organist who volunteered before Lee was hired.  “I’ve gone to this church long enough and been through enough musicians,” Armstrong said. “They tend to be fairly arrogant. But he is just the opposite. Humble. Creative. He enjoys, I think, this kind of intimate setting.” On Saturday evenings, Lee drives with his mom, Susan Treml, to the Immaculate Conception Catholic Church in Durham, their home parish. He plays the organ while she sings along in the choir. “Lee never had private [piano] lessons, he just started to play in middle school” Mrs. Treml said. “When he told me Mr. Mason offered to teach him the organ I said ‘You’re kidding,’ and he said ‘Yeah it’s free! You just have to buy me organ shoes.’” Lee would like to be a full-time minister at a Catholic parish, and is in the process of applying to graduate school to get a Masters of Sacred Music (MSM).  “I just prayed about it a lot, and eventually I felt like God was calling me to be a music minister,” Lee said. “That’s what I was really desiring to do, and I feel like God wouldn’t give you a desire to to something unless you really wanted to do it.” Shorter-term, Lee and his mom will be visiting Vatican City over spring break, which for Lee falls on the same schedule as DSA. 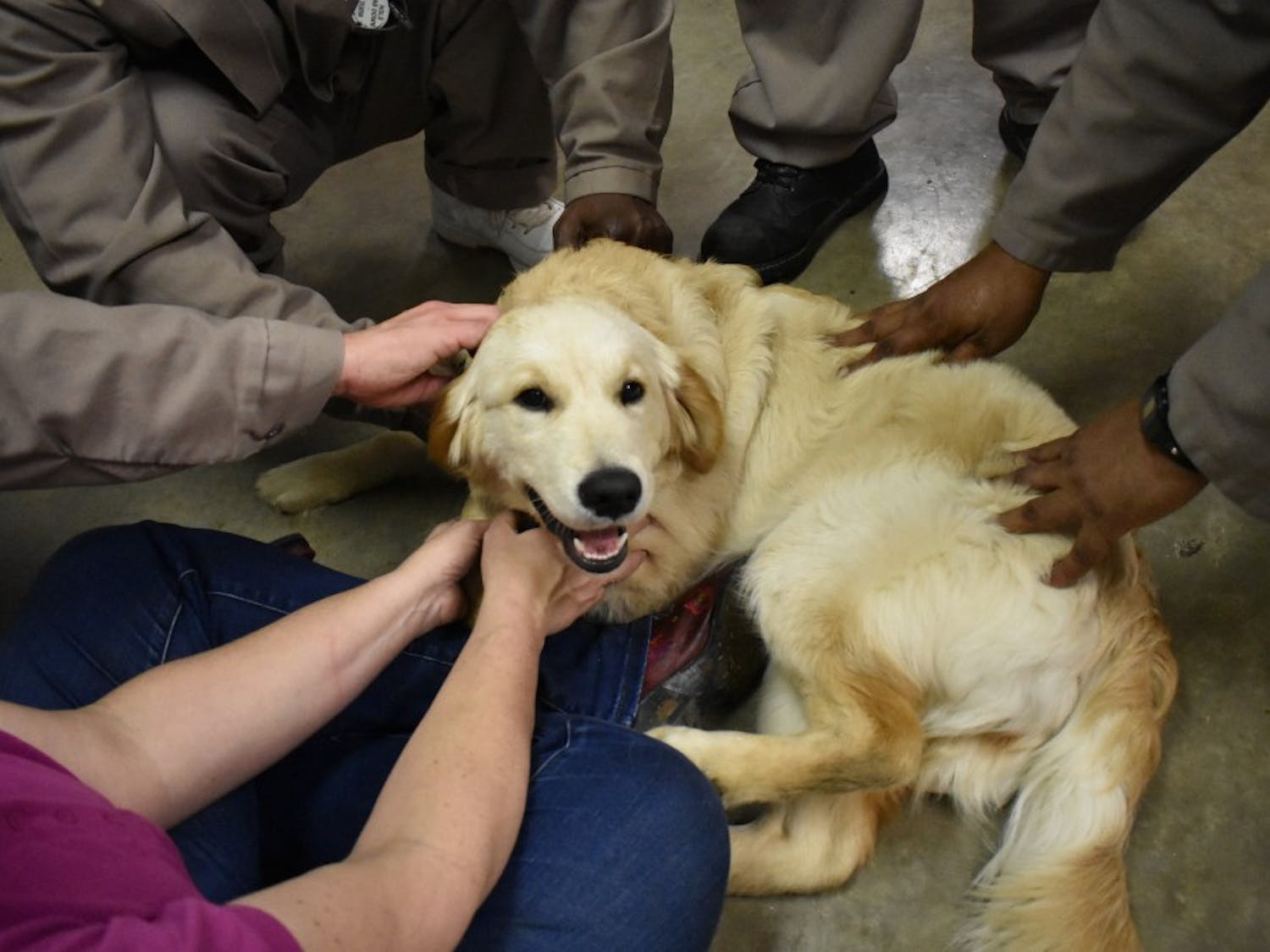 From students couches to prison beds, Eyes Ears Nose and Paws puppies train to become service dogs. The dogs spend time with their "puppy parents", usually community members, until they are then trained by inmates in Warren Correctional Institution and Caswell Correctional Center in North Carolina. The mission of EENP is to offer life-changing support to clients while also giving inmates a chance to learn skills they'll need once they are discharged. The dogs help to bring joy, purpose and a sense of home to inmates around the state. 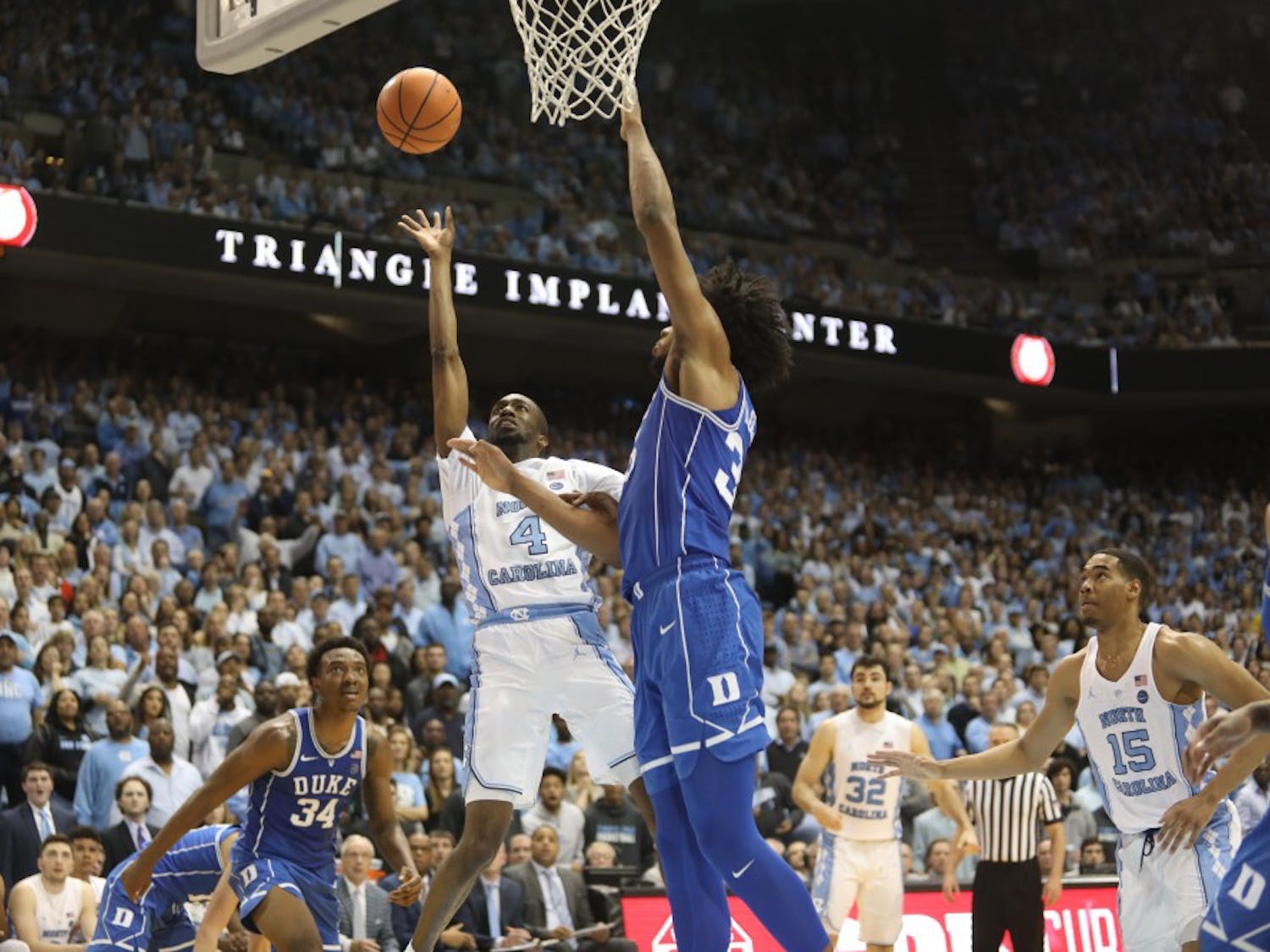 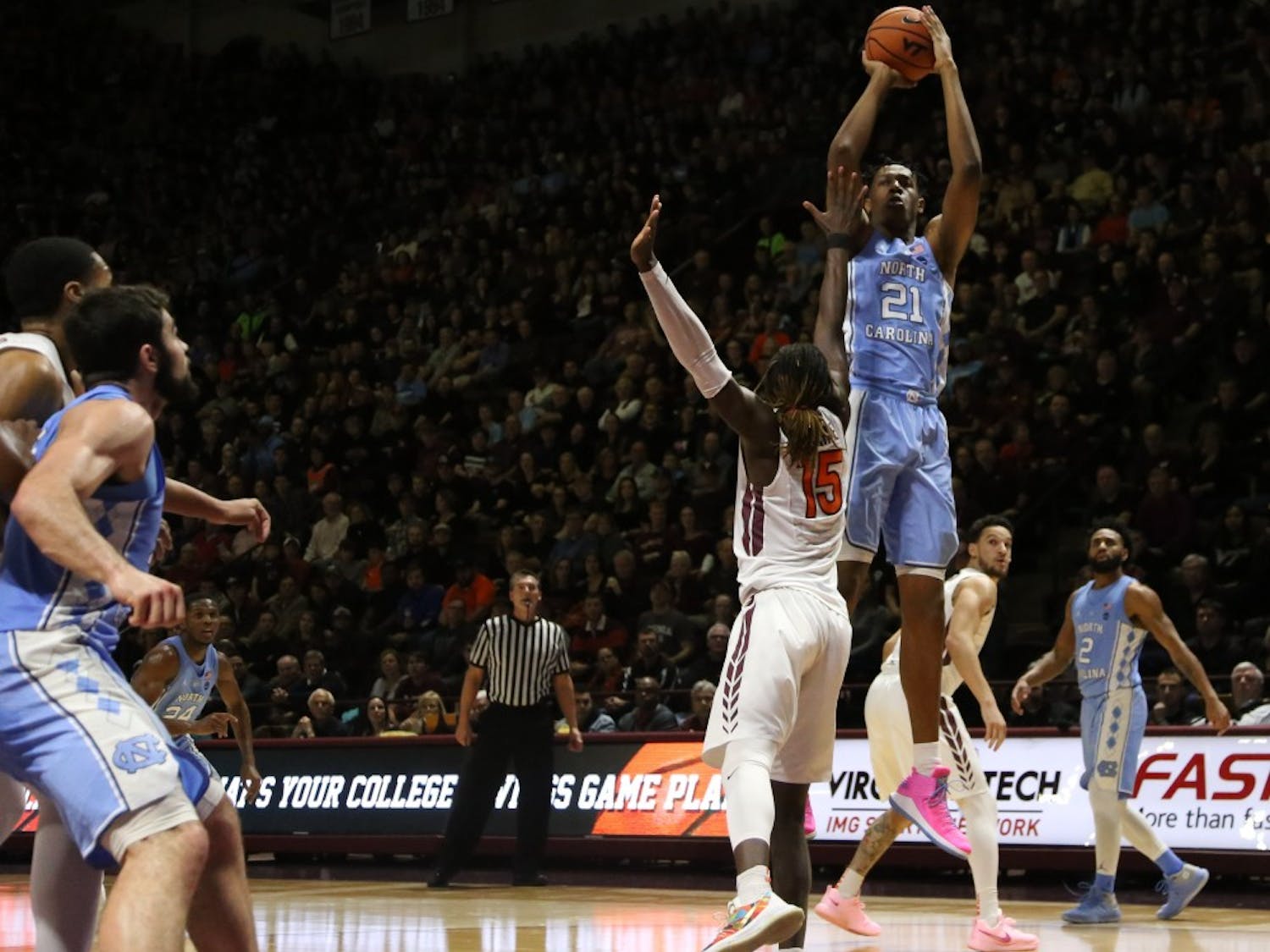 On the same day UNC jumped five spots to No. 10 in the latest AP Top 25 Poll, it lost to Virginia Tech, 80-69, on the road. The Tar Heels are now 1-3 in road ACC games, with losses to Florida State, Virginia and VT and one close win against Notre Dame. 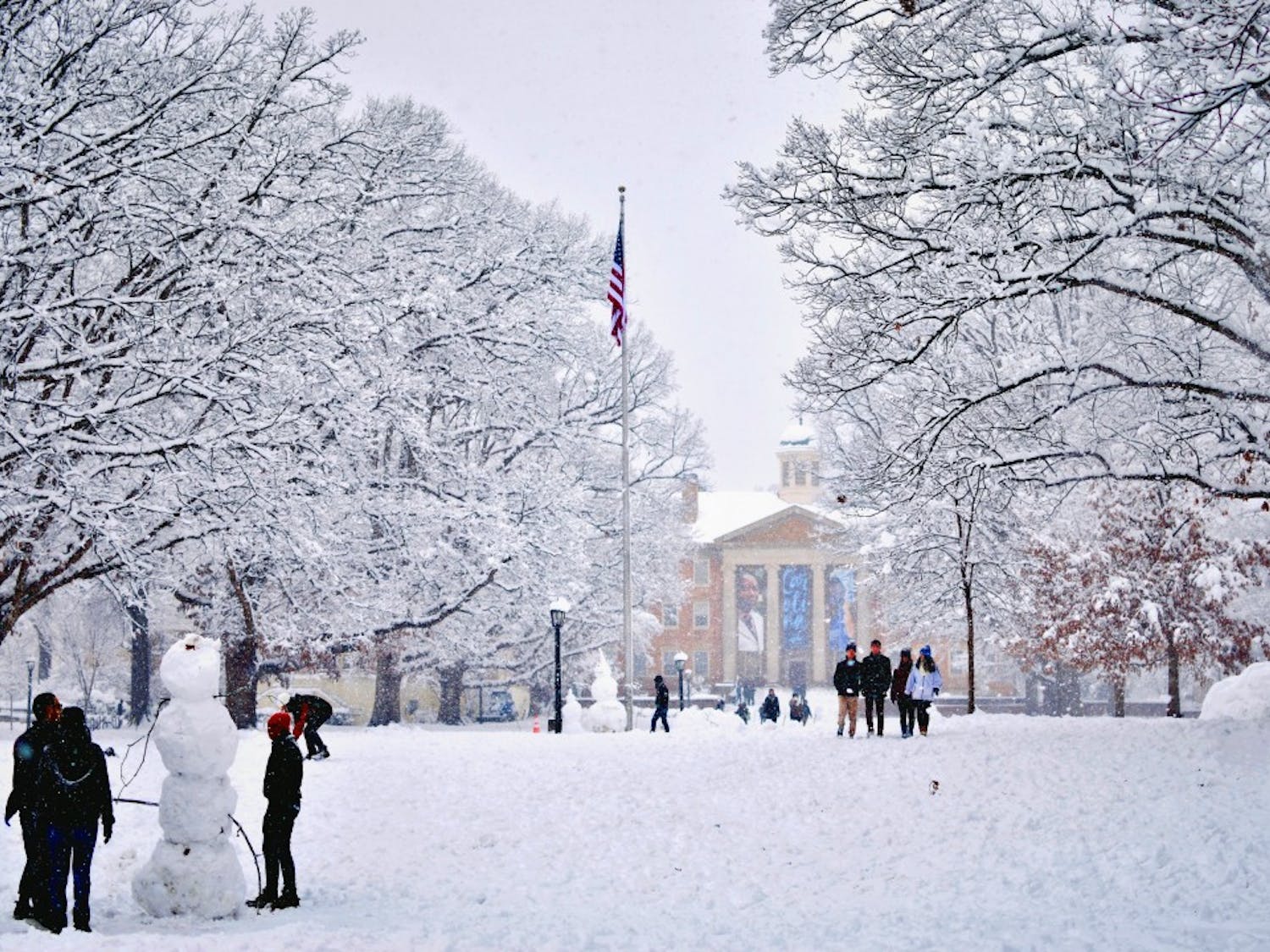 Students at UNC missed two and a half days of classes due to Winter Storm Inga — but outside of the classroom, Tar Heels managed to have some fun. 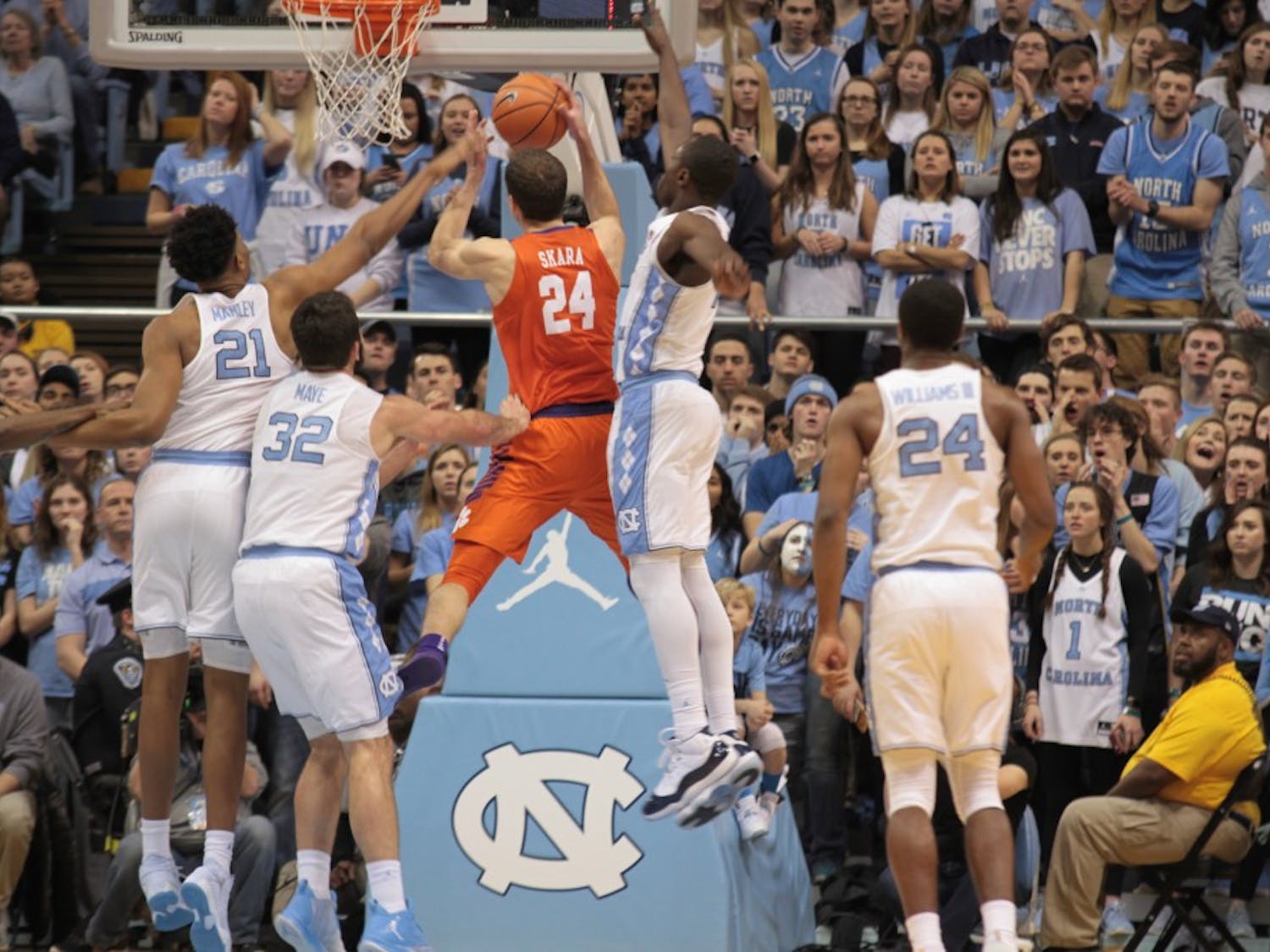 The No. 15 North Carolina men’s basketball team won its 59th straight home game over No. 20 Clemson, keeping in place a historic winning streak that's been around since the presidency of Calvin Coolidge. 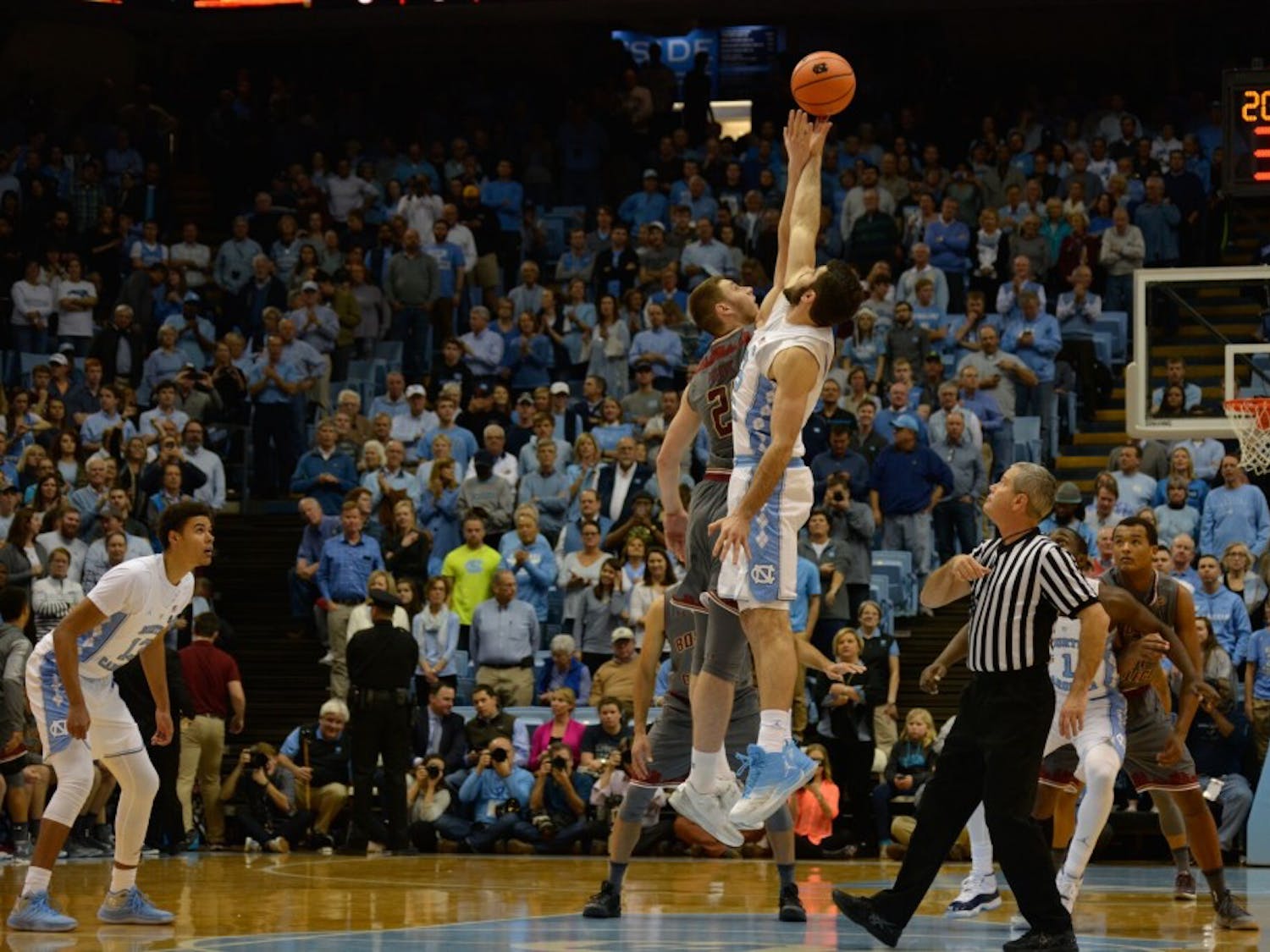 UNC bounces back against Boston College, 96-66. 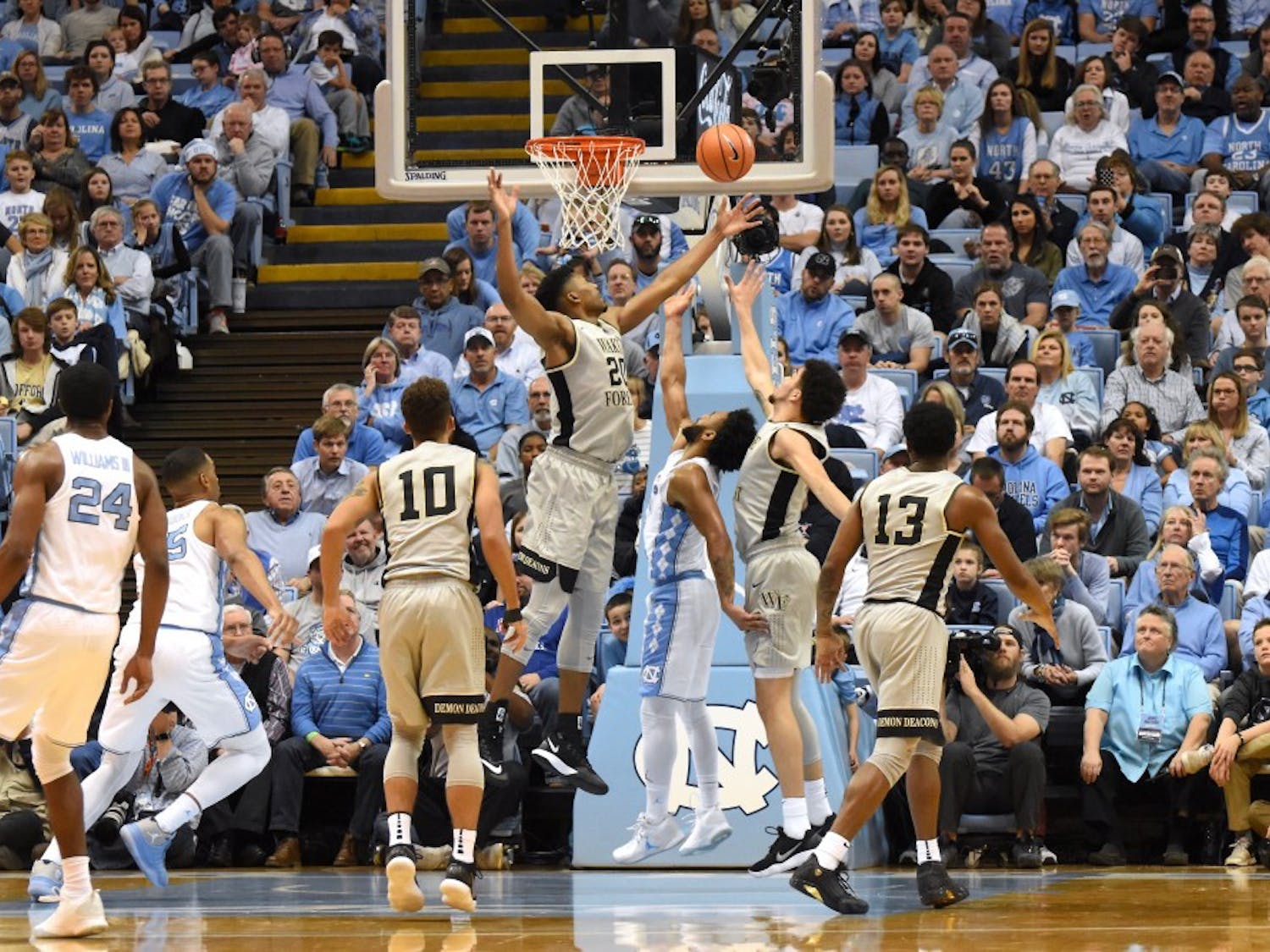 UNC men's basketball is now 1-0 in the Atlantic Coast Conference after defeating Wake Forest 73-69 at home. 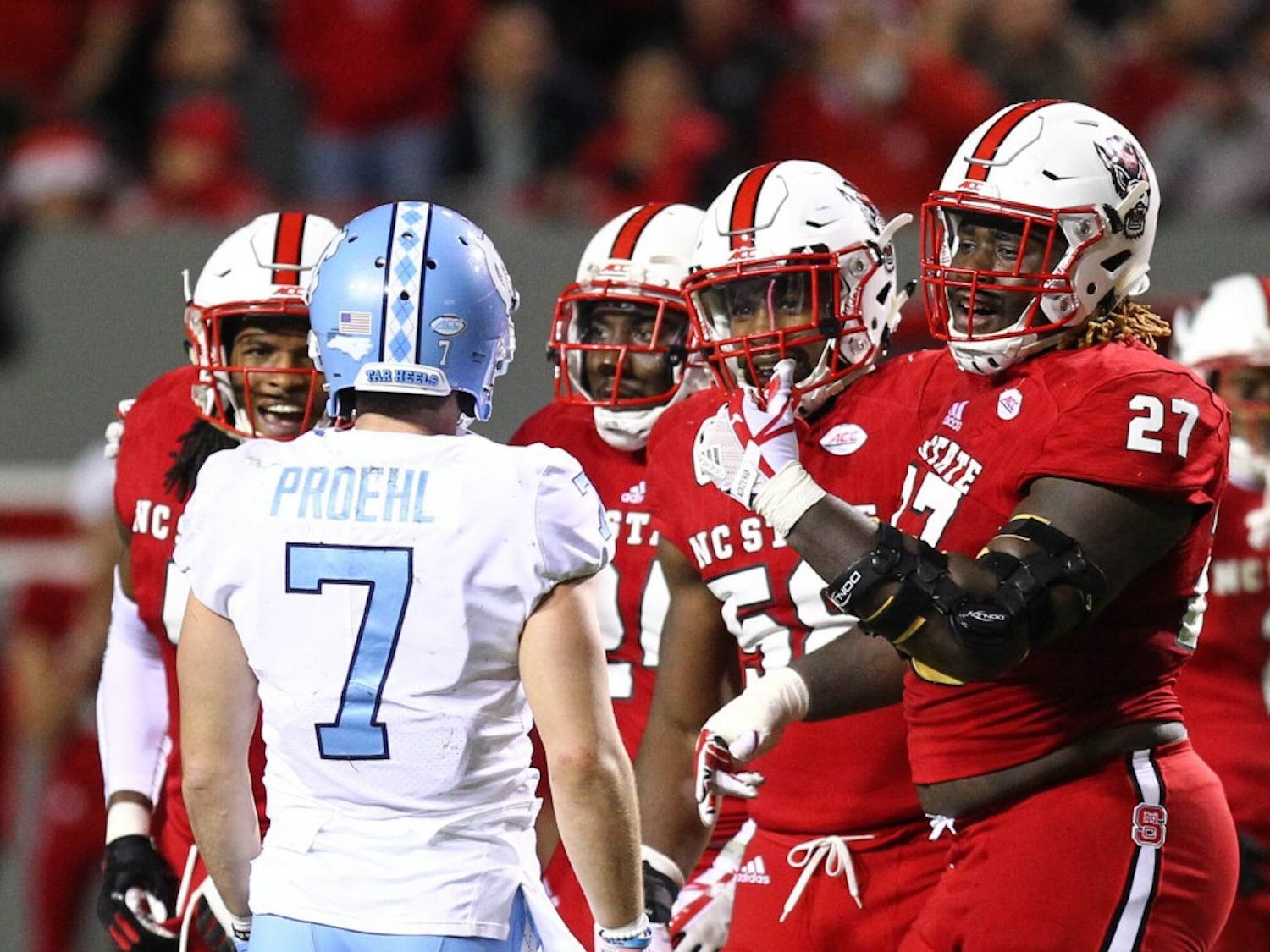 The North Carolina football team lost its season finale to rival N.C. State, 33-21, at Carter-Finley Stadium in Raleigh. UNC ended the season at 3-9, its worst record since 2006. In the loss, wide receiver Anthony Ratliff-Williams had a career-high 131 receiving yards and quarterback Nathan Elliott threw three touchdowns and two interceptions. 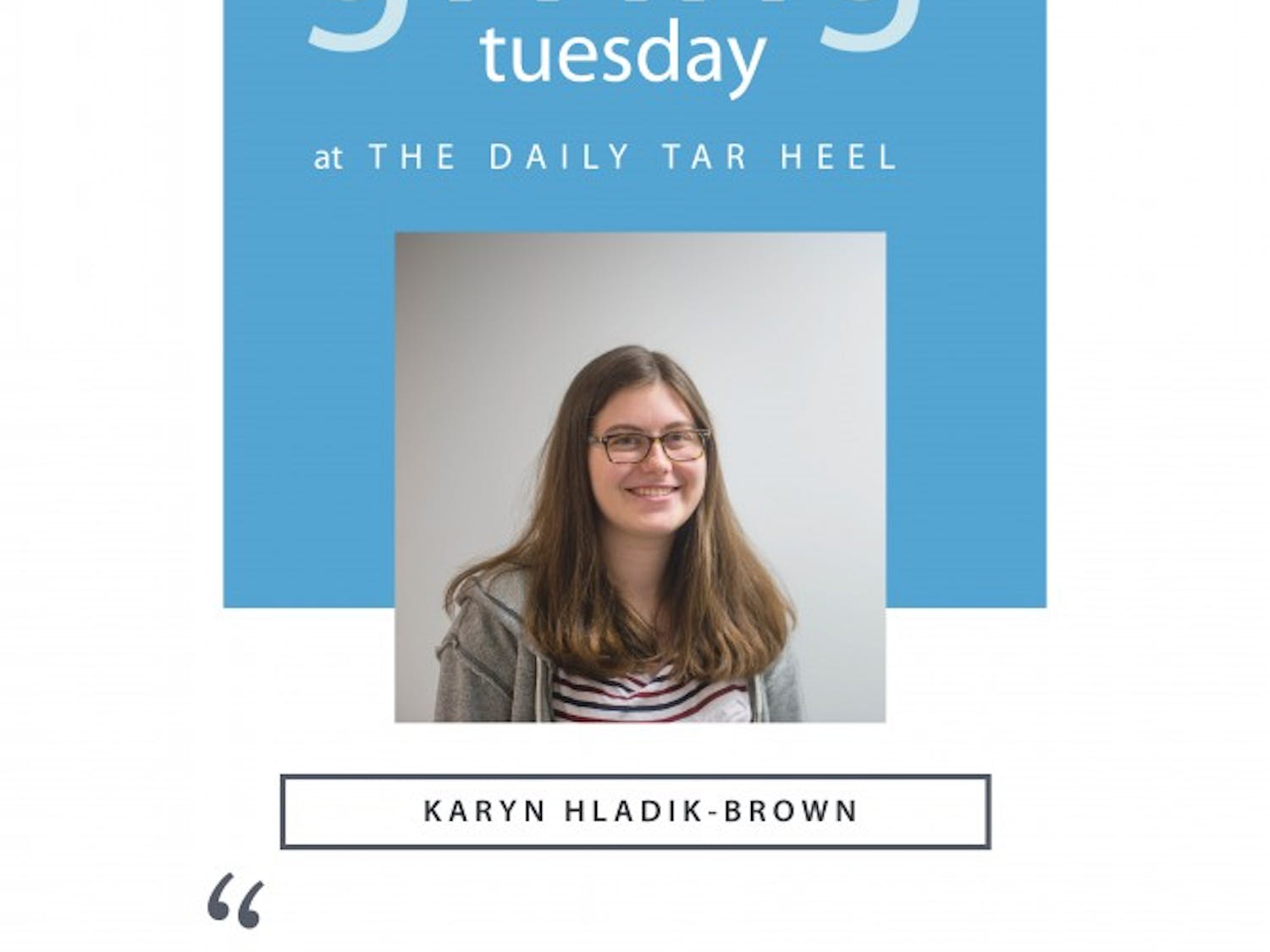 The DTH staff talks about their newsroom experience

In honor of #GivingTuesday, the staff of The Daily Tar Heel is discussing the things that make the newsroom special. Read their stories here, and donate to the DTH at friends.dailytarheel.com. 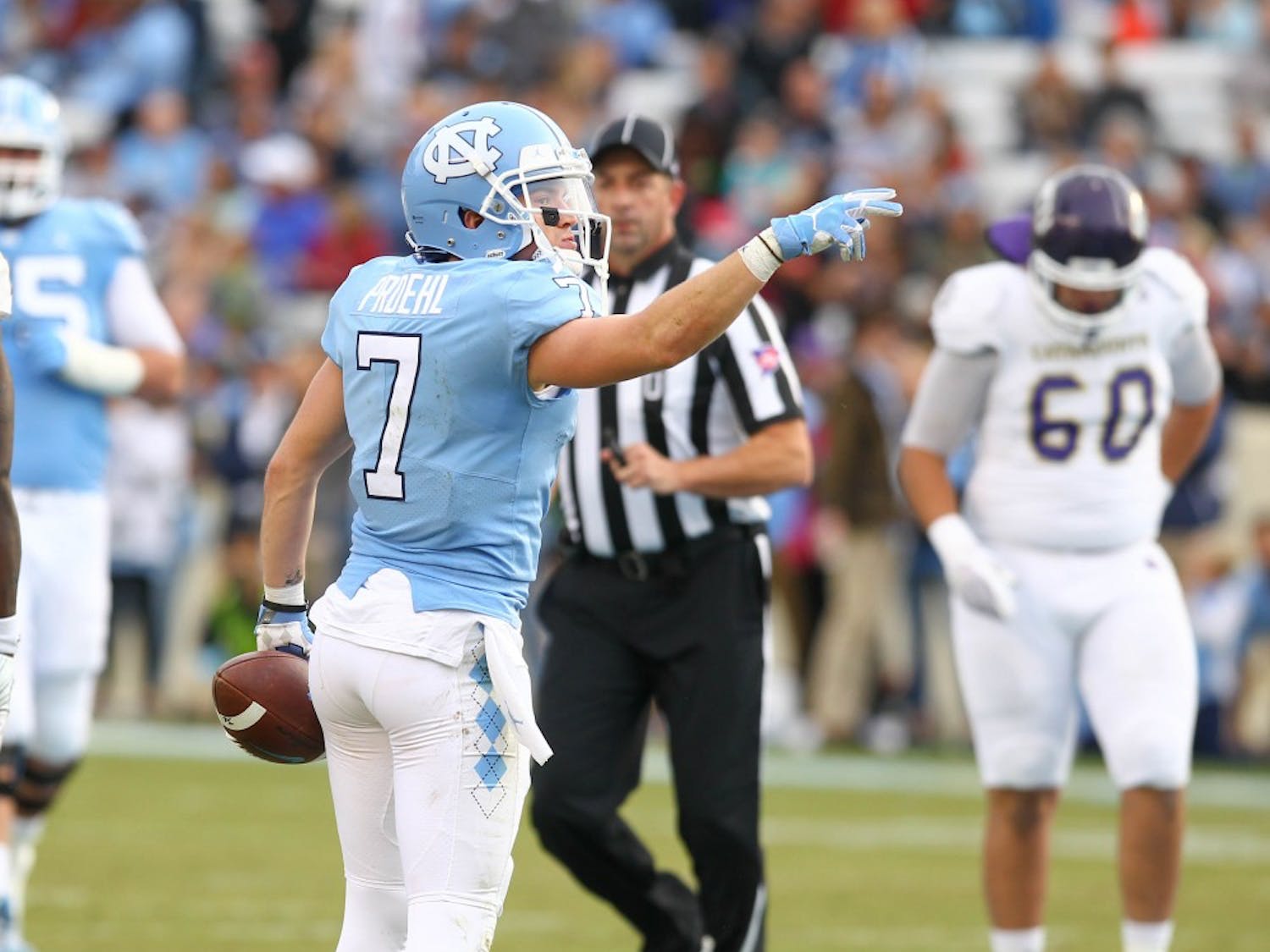 With a 65-10 win over in-state opponent Western Carolina, the North Carolina football team moved to 3-8 on the season. It was UNC's only home win of the season. Quarterback Nathan Elliott threw four touchdown passes, and UNC scored five touchdowns in the second quarter. 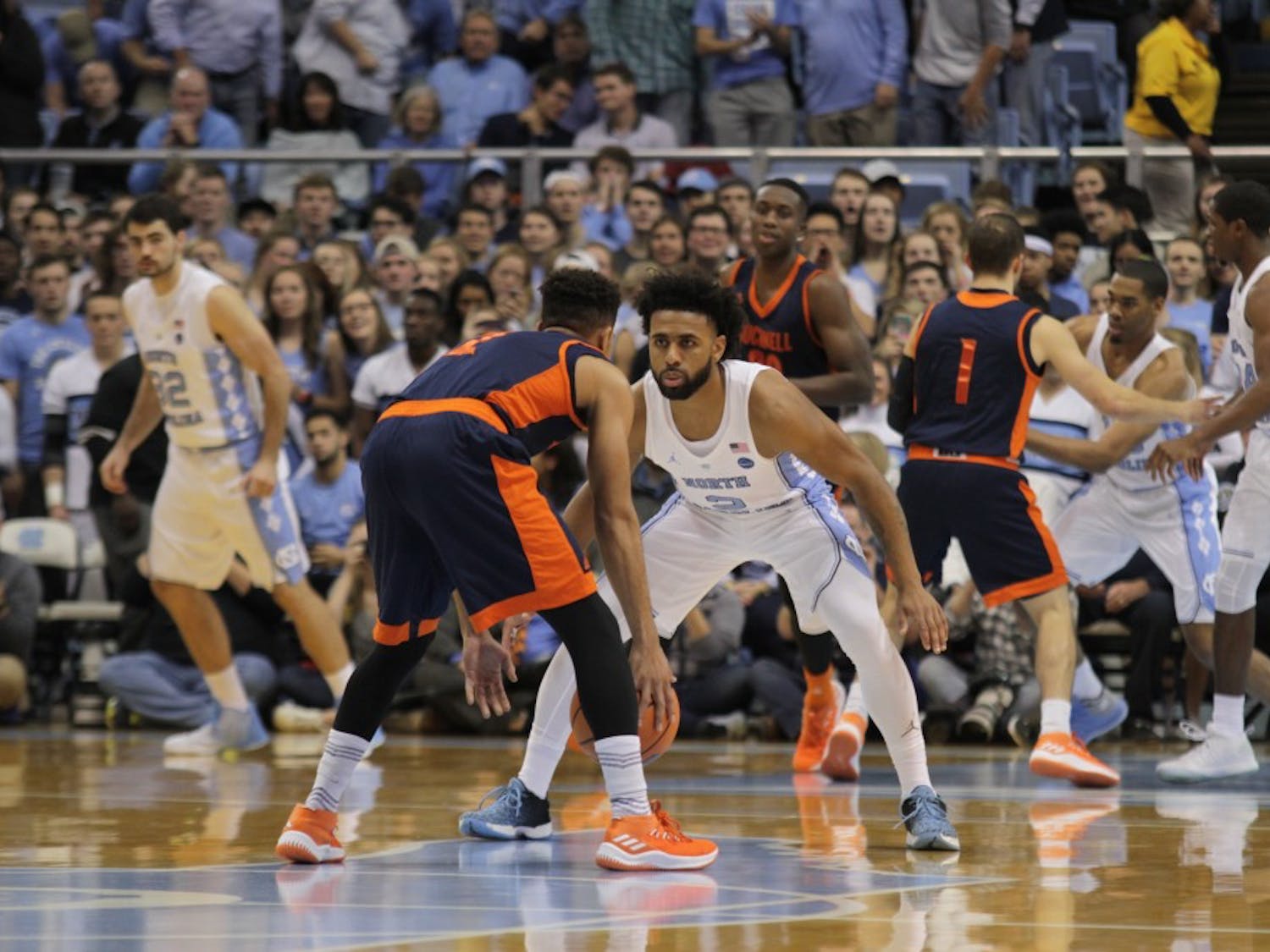 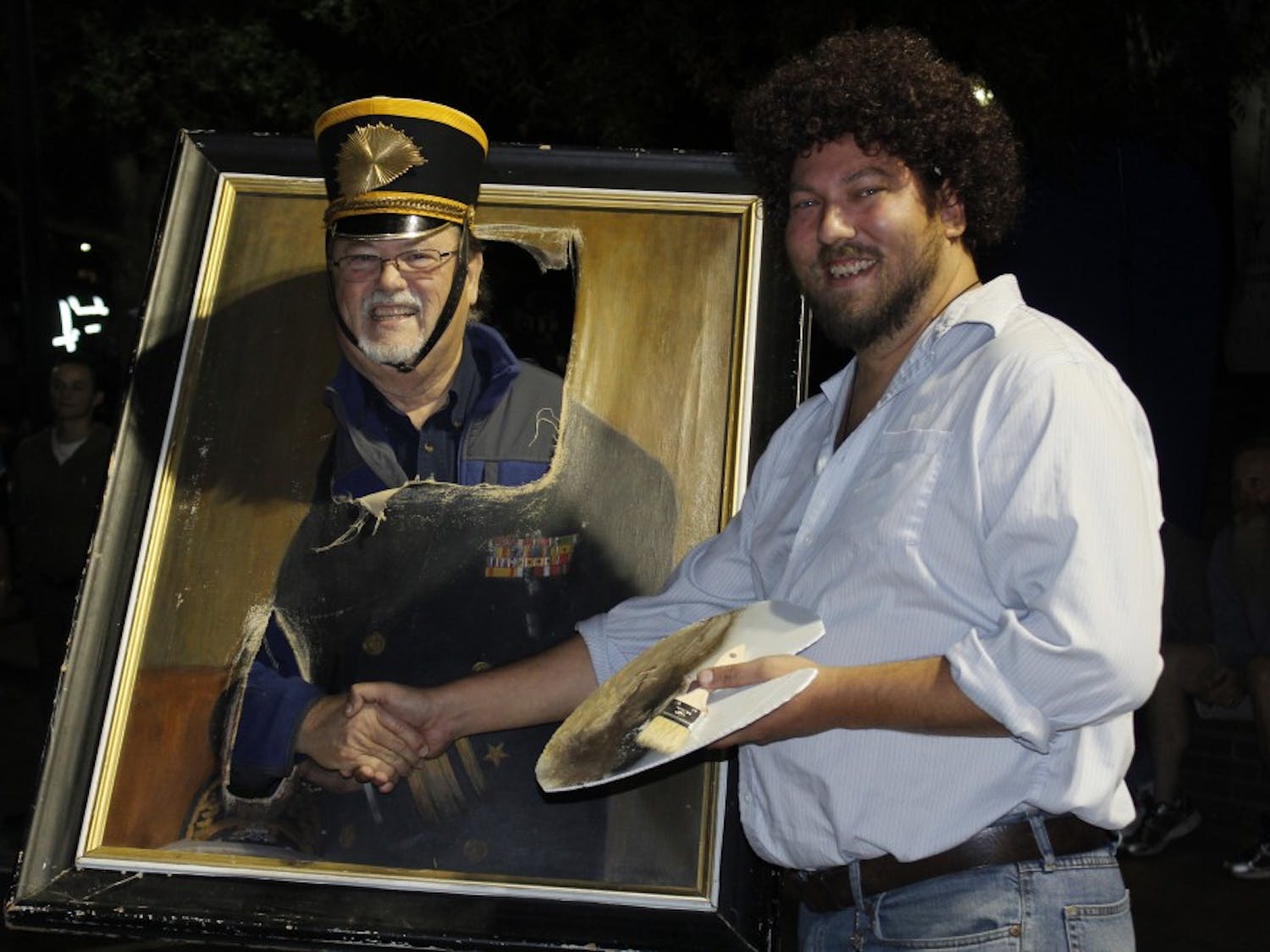 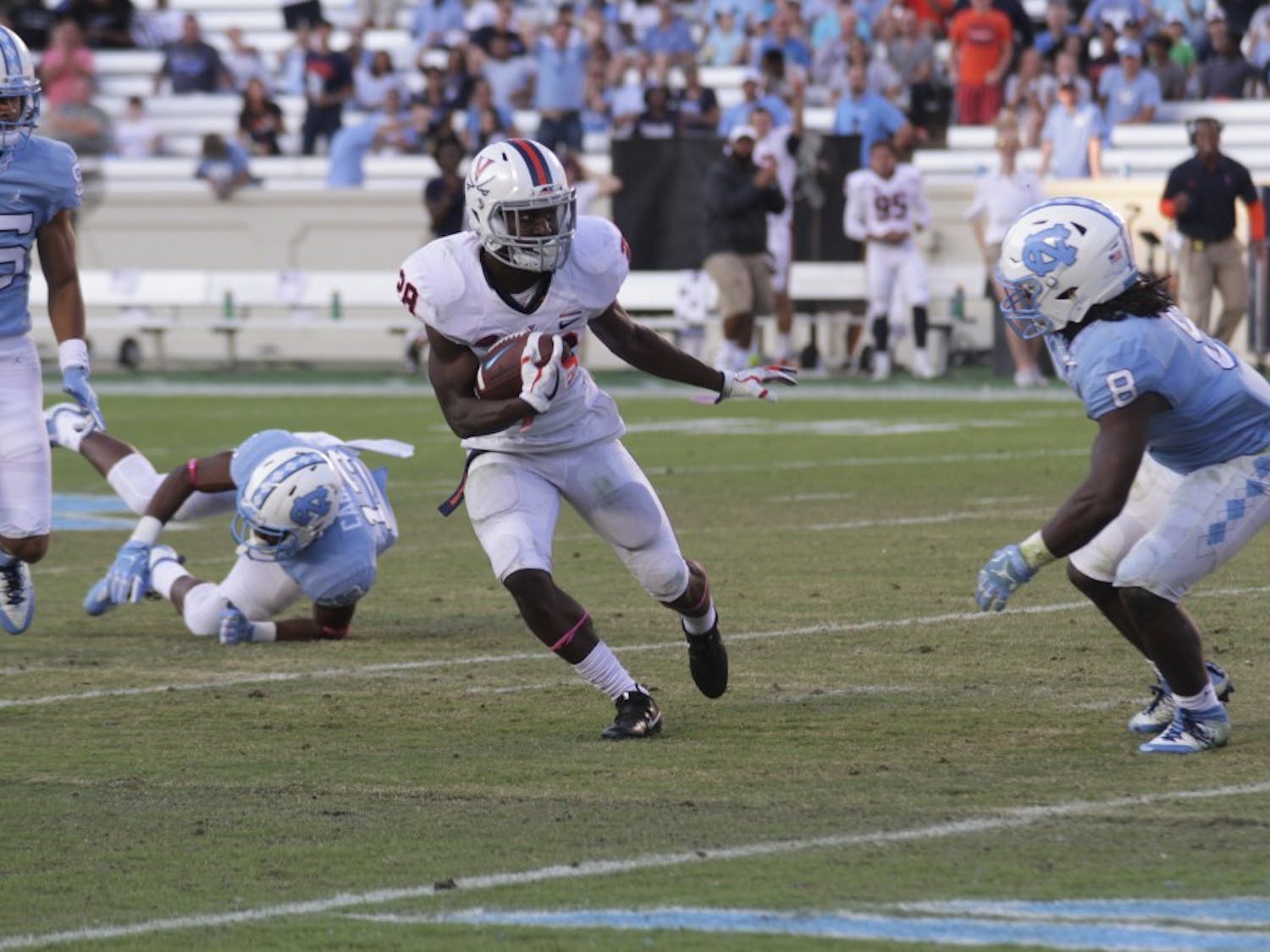 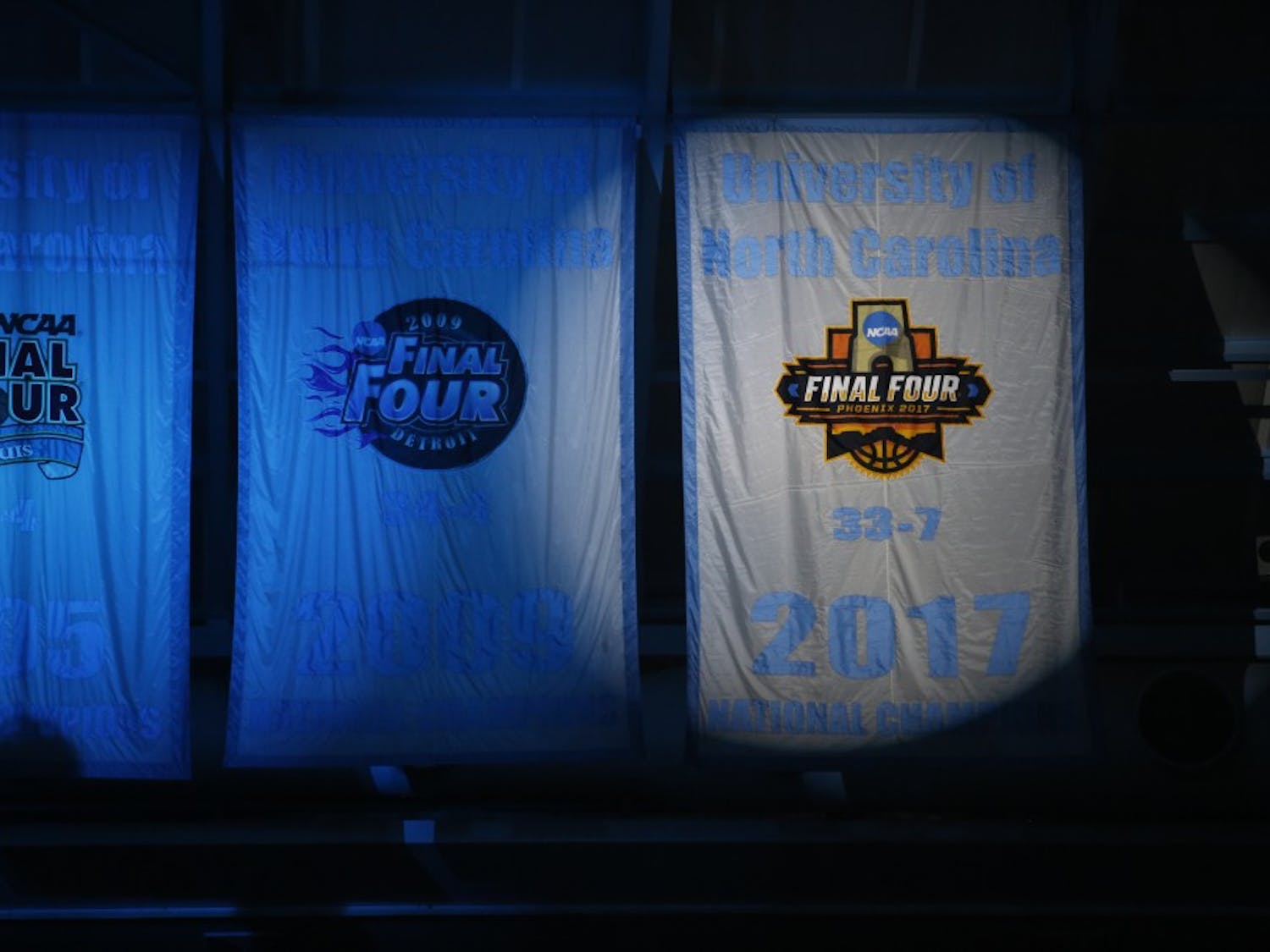 The North Carolina men's basketball team hosted its 13th annual Late Night With Roy on Friday night in the Smith Center. The event featured dances, scrimmages and the unveiling of the 2017 national championship banner. 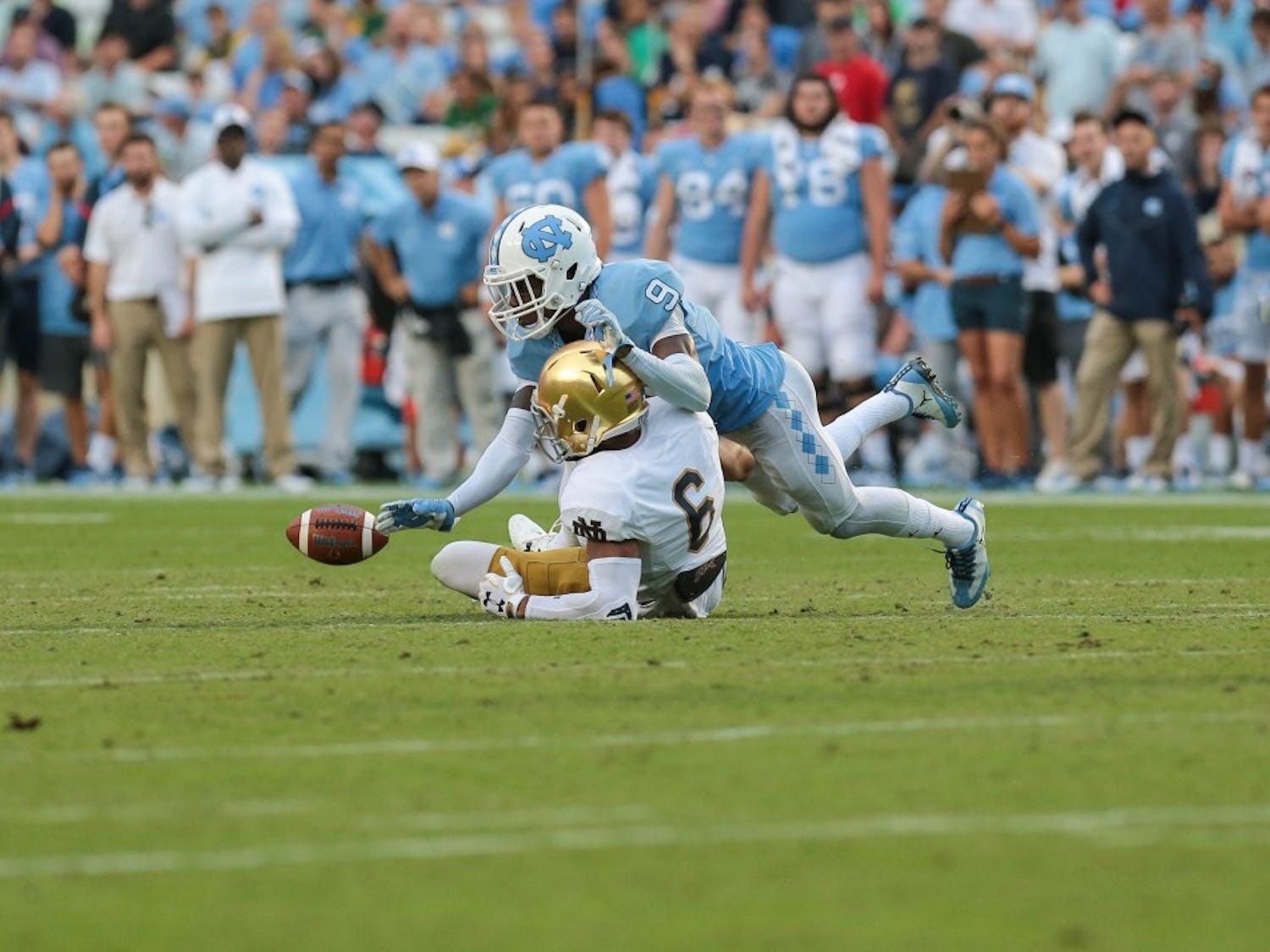 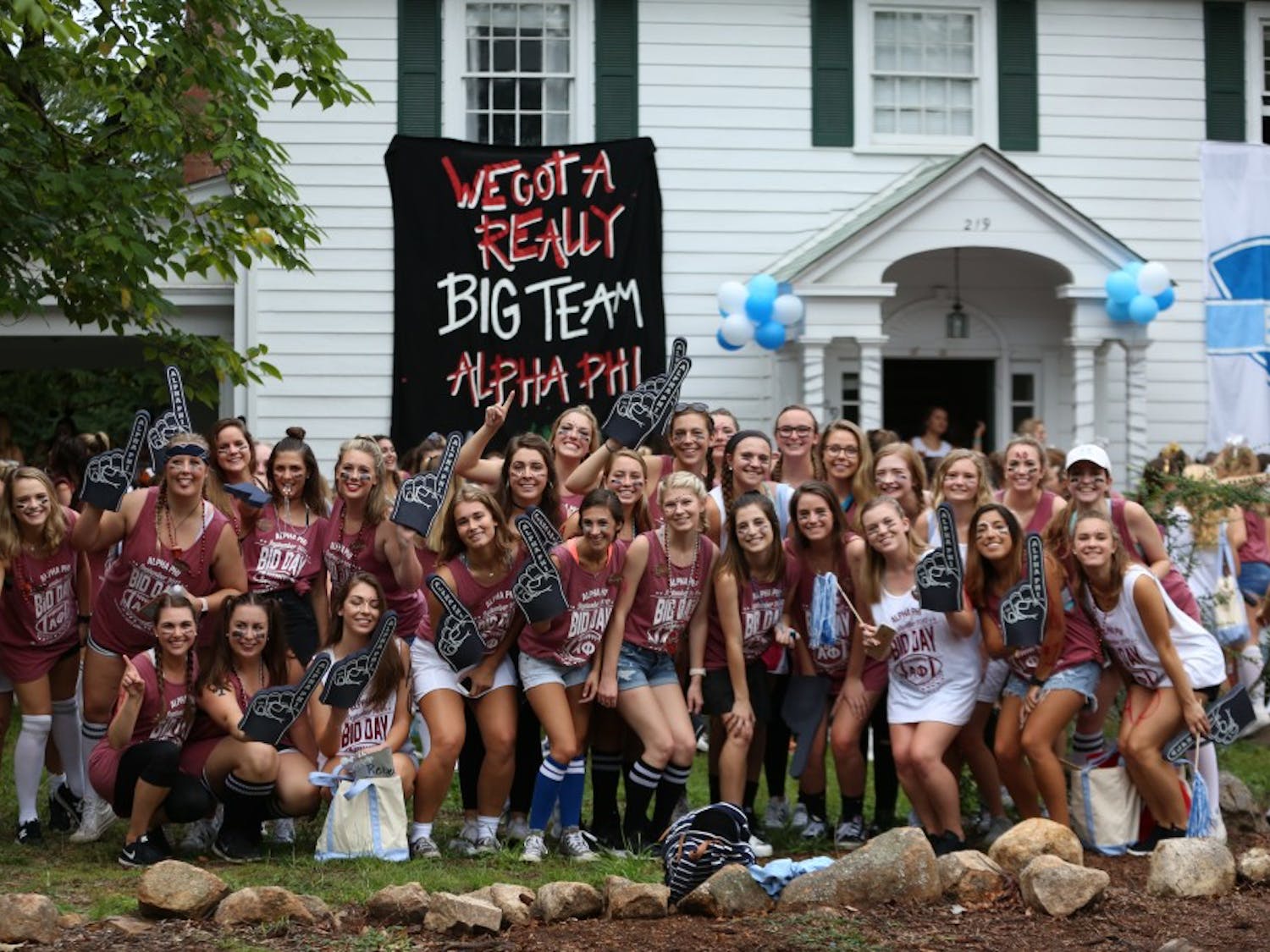