The North Carolina football team plays its home games at Kenan Memorial Stadium. It has been the Tar Heel’s home since 1927. The stadium originally seated 24,000, but now houses 63,000. UNC won the first game ever played at Kenan Stadium, defeating Davidson 27-0.

William Rand Kenan Jr. is given credit for making the stadium a possibility. He was an industrialist who gave money to UNC throughout his life. He built the stadium as a memorial to his parents, William R. Kenan and Mary Hargrave Kenan.

In 2011, UNC opened the Loudermilk Center for Excellence and new premium seating, called the Blue Zone. The Loundermilk center is a 29,000 square foot facility that provides classrooms for teaching and tutoring for student athletes. It also houses a strength and conditioning center, reading rooms, a writing lab and office space. The Blue Zone added 2,980 new seats to the stadium and includes a number of suites.

The center was named after Charles “Charlie” Loudermilk Sr., who made a $7.5 million donation for the funding of the new facilities.

The stadium also hosts a number of events, including concerts, graduation and a fourth of July fireworks show. 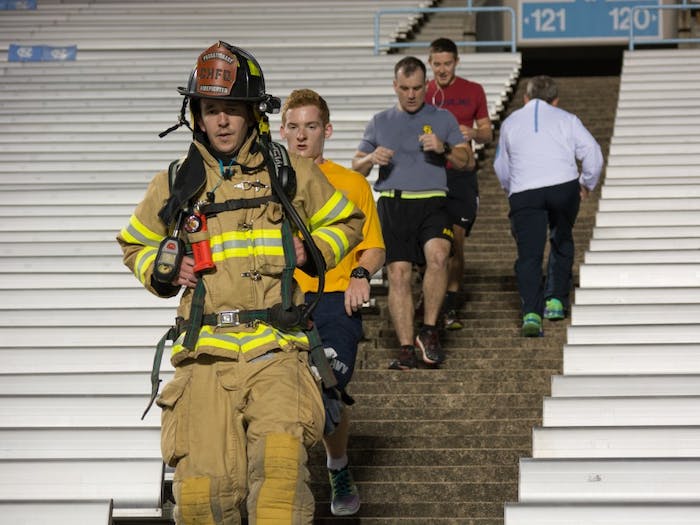 Dozens of students and community members gathered at Kenan Memorial Stadium early Monday morning to complete the annual 9/11 Memorial Stair Climb. Runners bounded up and down the series of stairwells for a grand total of 2,076 steps: the same number that first responders climbed as they scaled the Twin Towers. 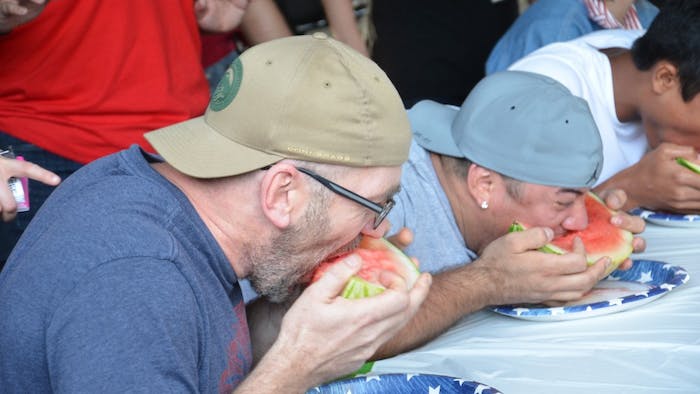 Opinion: Be conscious of history at play in Kenan Stadium

The words "dust bowl" bring to mind barren areas of the Midwest during the Great Depression. 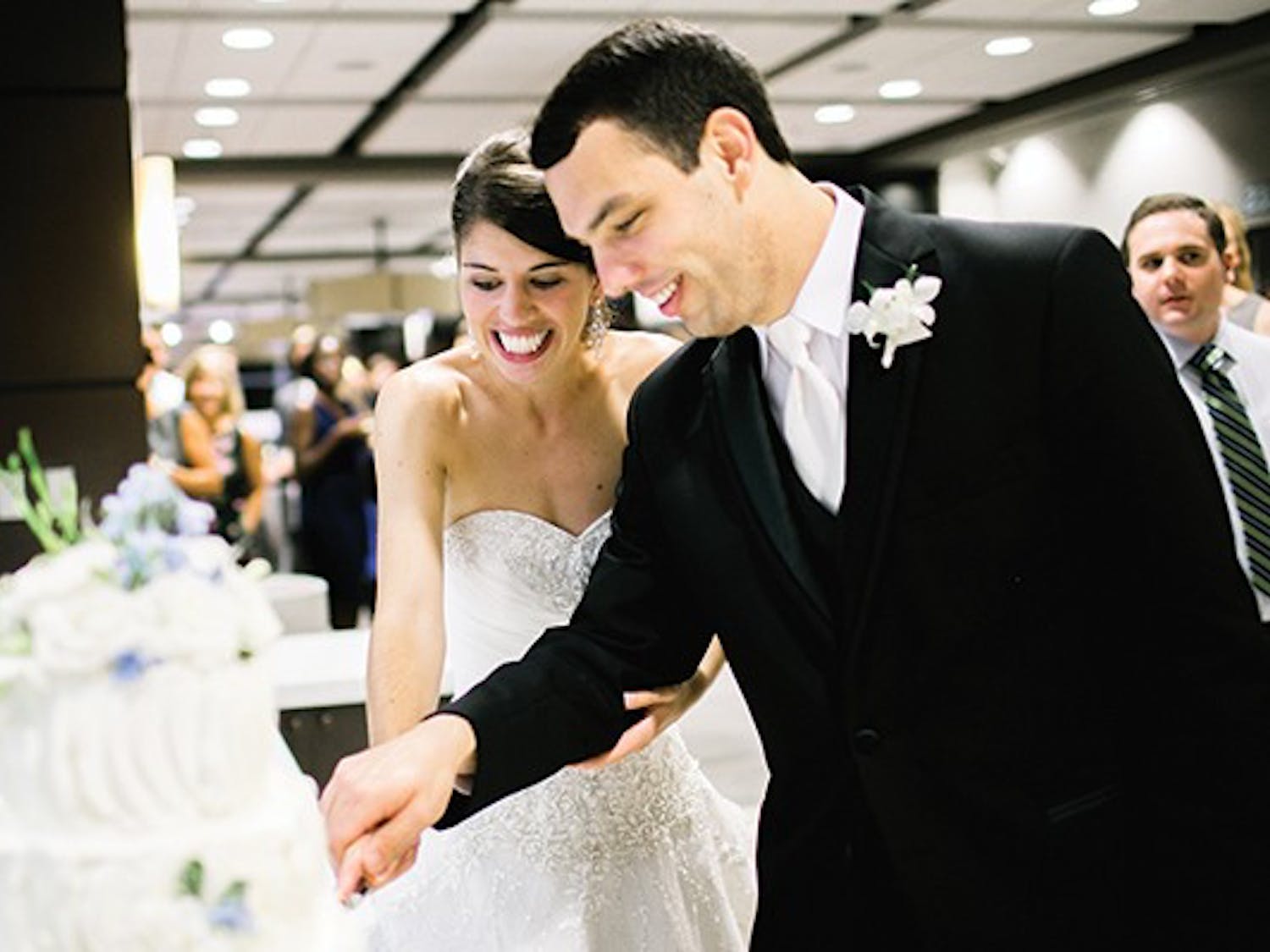 He liked it, and he put a ring on it—and then he cut the cake at Kenan Memorial Stadium.

Football fans won’t have to worry about dropped calls at Kenan Memorial Stadium when games resume next fall. 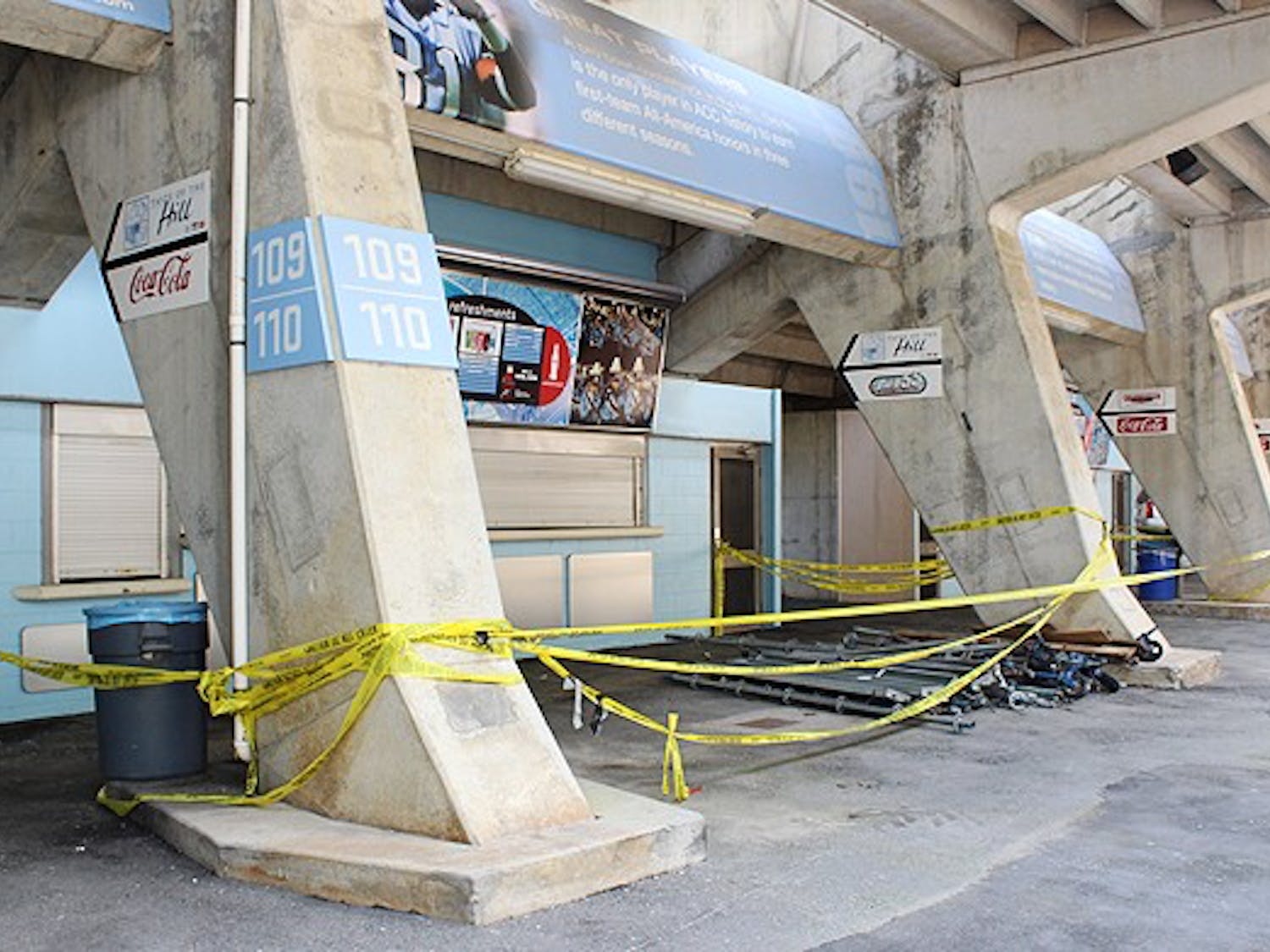 Campus buildings affected by the record-breaking rainfall that flooded Chapel Hill June 30 are still undergoing repairs — forcing some students to change up their normal routines.

More than 100 faculty want the University to know the last thing on their minds is NCAA rules and eligibility. Instead, they say its focus should be on giving student athletes what they were promised — a UNC education. 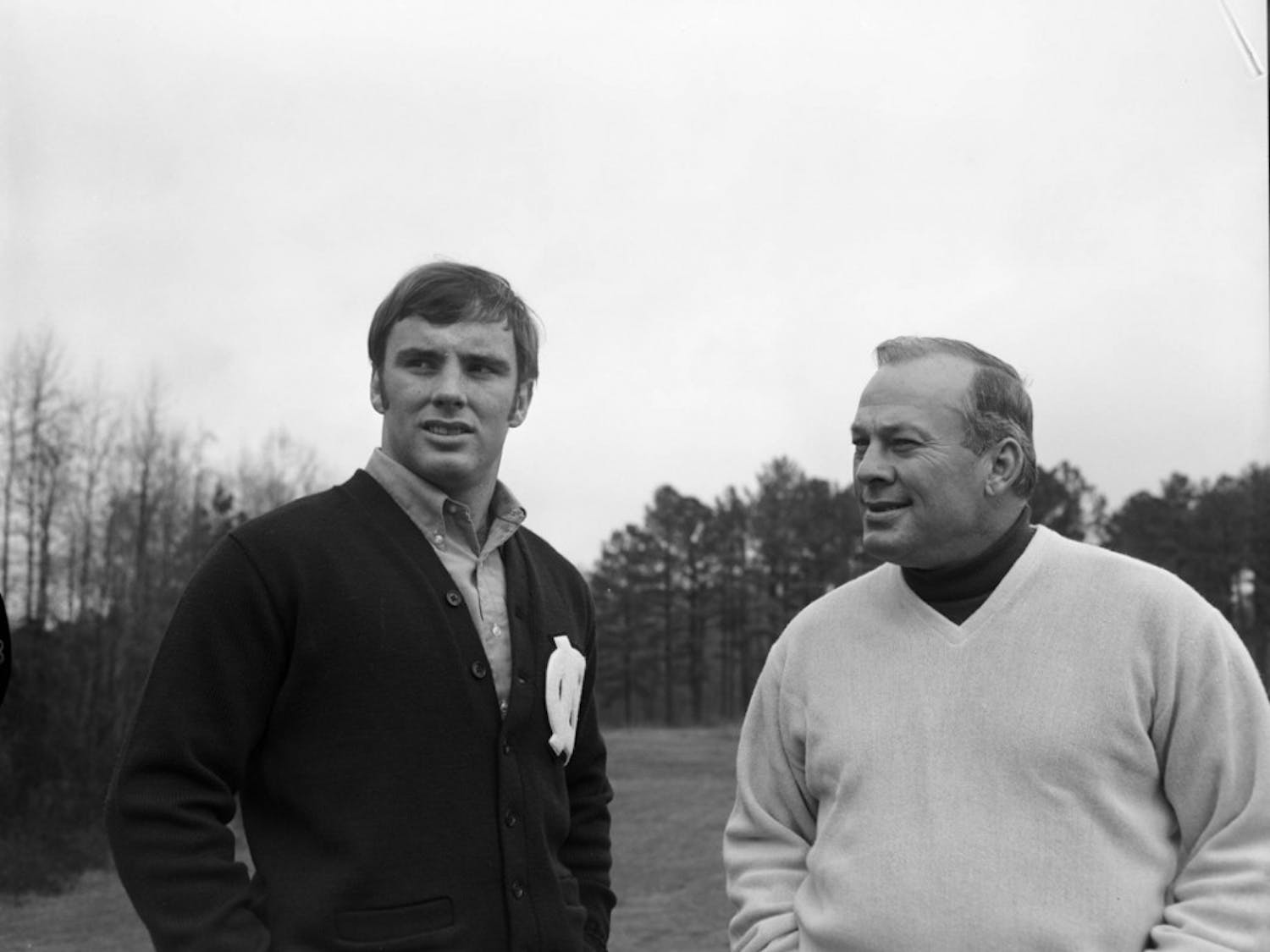 In a small lounge on the south concourse of Kenan Stadium, perfectly framed team pictures clad a dark wood paneled room to represent the tradition of UNC football. 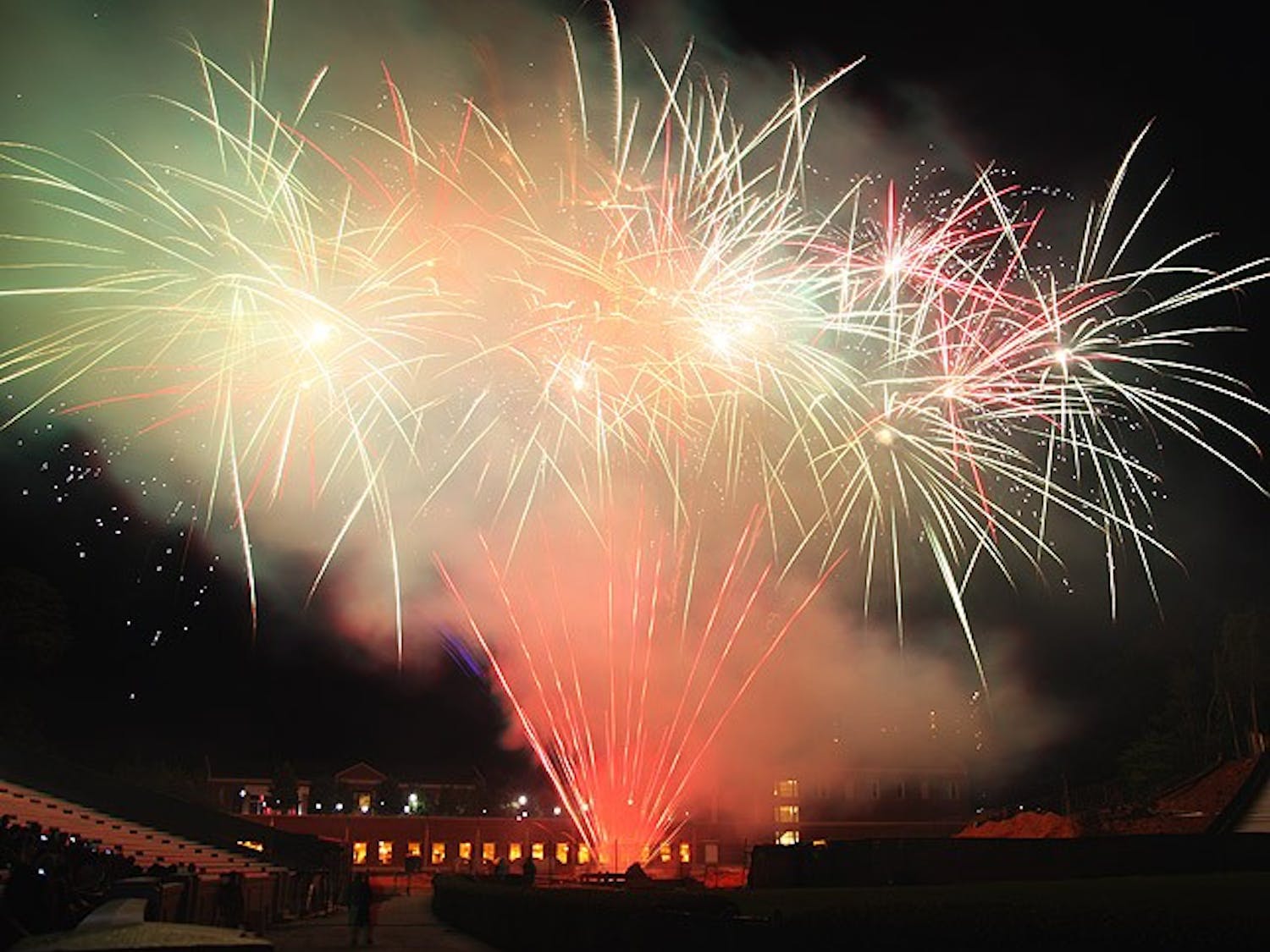 Kenan Stadium was empty last year on the Fourth of July, but town officials are preparing to host a revival of the fireworks festivities this year. Though the annual celebration was cancelled last year due to budget constraints, the town’s partnership with 1360 WCHL, a local radio station that owns Chapelboro.com, has allowed for its return. The event will include live music performed by Chapel Hill native and voice of the Carolina Panthers Mick Mixon and the Franklin Street Band. 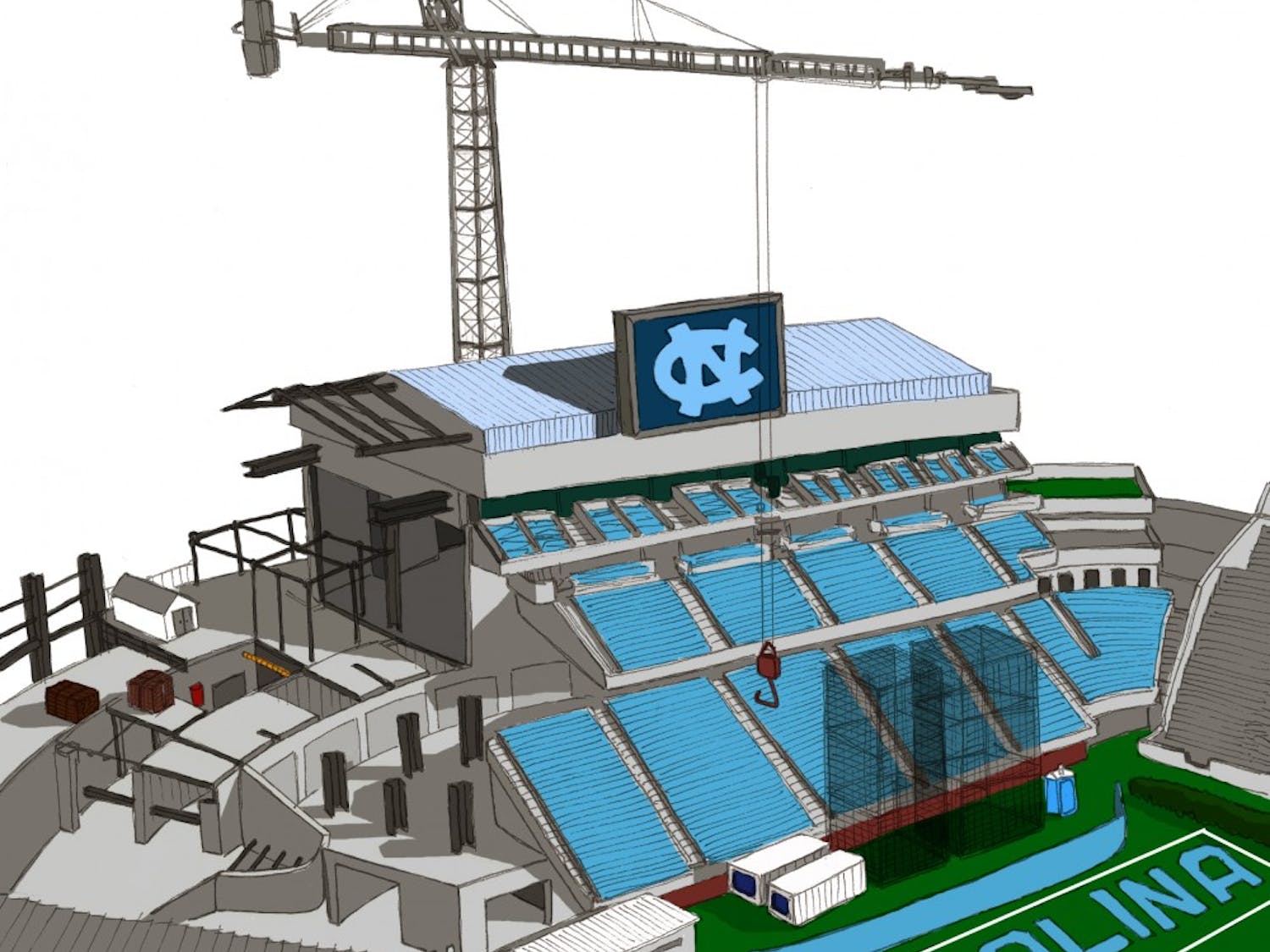 Kenan Stadium seems to be an imitation of the North Carolina football team this season. Just as the Tar Heels are missing players due to an NCAA investigation, Kenan Stadium is missing the fieldhouse that flanked the east end zone, in the midst of a $70 million rebuilding campaign they titled the “Blue Zone.”

More than half of the new premium suites at Kenan Stadium have been sold in the last two weeks, promising initial figures that put the stadium on track to begin construction in mid-2010.UNC Director of Athletics Dick Baddour said that public sales, which began Oct. 3, have exceeded expectations.

UNC football fans can now lease their own luxury suite in Kenan Stadium for the price of roughly $50,000 a year.But actual tickets to sit in the football stadium’s more than $70 million planned expansion cost extra.

It might not be black, but organizers are hoping you'll notice the Tar Pit at Kenan Stadium when this year's football season officially kicks off.

The UNC Board of Trustees passed a resolution Thursday granting initial approval to the installation of a video scoreboard in Kenan Stadium, setting in motion a plan that has taken years to come to fruition.

A bright sun shone down, warming the bright metal bleachers directly below.The unscathed, painted field lay calmly and ready for battle below mostly clear skies.Perfect 68 degree weather for pigskin -- on any other Saturday afternoon of the year.