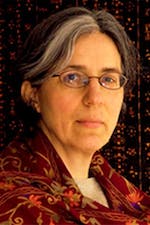 The most recent Israeli-Palestinian conflict caused destruction, overcrowding and sheltering in schools, some of which are run by the United Nations Relief and Works Agency. Teachers in the area now have to design curriculum around helping students overcome trauma.

Staff writer Caroline Lamb talked to Nadia Yaqub, chairwoman of the Department of Asian Studies, about the area’s education system and the conflict.

THE DAILY TAR HEEL: How would you describe the current education system in Gaza?

NADIA YAQUB: I know it’s under-resourced. In general, if you’re talking about kindergarten through college, one of the real stumbling blocks, especially for higher education, has been the closure of the Gaza Strip.

It’s almost impossible for someone to go give a guest lecture or for students to do study abroad. And then the sanctions on Gaza limit everything that could go in and out.

Column: We just changed our social media policy. Here’s why.

DTH: Are these schools being used as both shelters and schools?

NY: They provide schooling but then they also, in times of war, serve as shelters — just like in a hurricane — where it’s often that a school or some other large building will serve as a shelter.

I don’t think they’re built with that in mind. They end up getting used just because they’re there and therefore should be clearly recognizable to anybody who’s bombing as, “Here’s a school, don’t bomb it.”

DTH: Since many schools have been destroyed and are being crowded with kids from other schools, how does the education system cope?

NY: I think that it must be similar to other catastrophes like Katrina, for instance. Everyone just tries and does the best they can: open-air classrooms, teach without books and all of that sort of thing.

One difference is that the material to come in to repair, all of that is regulated, and Gaza has been under sanction for more than seven years, so if you can’t get concrete in there and steel and the other things you need to rebuild, it slows everything down. Same with books.

DTH: How should teachers handle students who might have undergone trauma?

NY: A soldier coming home from PTSD has to learn on that deep, deep unconscious level that he’s no longer at war; that this is a different situation when he hears whatever the trigger is, a loud sound or something. It’s not Iraq or Afghanistan. But for a child in Gaza, it’s home.

I’m not sure what kind of training you can give to that child if your home is always bombable.

DTH: Do you think this early delay in learning and psychological development will affect students’ ability to continue to higher education?

NY: I think you can’t generalize for all of those students and all of their experiences. It’s too complex, and there are too many factors.

What I can say is that the educational infrastructure that serves them has been damaged and that’s certainly going to have a long-term effect. There may be individuals (who) can rise above it and succeed.

DTH: Do you think the ceasefire will persist?

NY: The ceasefire has already been violated multiple times by Israel — almost every day.

Another factor is that there are all kinds of things going on in Jerusalem and (in) the West Bank that have hardly been reported because the focus has been on Gaza, including some of the largest land confiscations in recent history (and) massive arrests of young Palestinians.

That’s ongoing and apparently at an accelerated rate.