Savannah Putnam didn’t ask for a controversy. During her campaign she positioned herself as a pragmatic decision-maker, arguing for slow and steady reform as opposed to the sort of far-out change often proposed in campus elections.

Last summer she spent some time dealing with the fallout from a Twitter scandal, in which old, offensive tweets of hers were published by the DTH. One of them included the N-word. She faced some brief student backlash, apologized, and put it behind her.

As most candidates have done, she pushed for mental health reform. The issue is a topical campus talking point. UNC recently concluded a year-long task force, which recommended improvements for student mental health services.

Putnam made strides in her own realm, codifying the Mental Health Coalition into the UNC student government. The MHC promotes transparency and collaboration between the mental health organizations on campus. In terms of policy, it was one of Putnam’s bigger victories, a success story in a game where students are hard-pressed to implement lasting change.

“I thought it was really cool to have my brainchild implemented into student government,” Putnam said.

But for the student leader, whose subtle southern accent and bubbly personality give her a Clinton-style vibe, political victories like this one would be overshadowed by the Silent Sam saga, for which she had a front row seat.

The most influential and public part of the UNC student body president’s position is a voting seat on the Board of Trustees, a 13-person collective of wealthy alumni -- and one student -- who make major decisions about tuition, spending and university curriculum.

The BOT spent the Fall 2018 semester trying to troubleshoot the Silent Sam situation before it was taken out of the University’s hands in December. In a group that prefers to present a unified front, Putnam provided constant and passionate opposition to those who wanted to return the statue.

In the aftermath of the protest that brought down Silent Sam, the University released a statement condemning the acts of the students who committed the “unlawful and dangerous” act, and the chairperson of the BOT signed a separate letter along with former Chancellor Carol Folt, saying “we will never condone mob actions.”

Putnam and her team released their own statement, in which they commended those who took down the statue — “we stand with you,” it said.

“Student body presidents don’t speak out against the administration, and they don’t do so with such vigor,” Putnam said.

With this calculated move, Putnam established a dissenting stance and created a rift with the rest of the BOT, which had real consequences.

She was removed, possibly illegally, from a BOT conference call following the statue’s toppling. Told to leave because she had a conflict of interest, Putnam was absent as the BOT game-planned their response to Silent Sam's fall.

“In her role as student body president, Trustee Savannah Putnam issued a public statement about the Confederate monument that is in opposition with the University’s point of view. Because of this conflict of interest, I suggested that she may want to recuse herself from the call, and she agreed. We also agreed to reconnect at a later time,” BOT chairperson Haywood Cochrane said to the DTH at the time.

The law used to evoke conflict of interest proceedings in North Carolina is usually only enforceable if the conflict is financial, meaning the BOT likely could not have enforced the request.

Putnam described the incident as getting "kicked off," but she was included in future closed session meetings.

"You don’t come into higher education to work for anyone else but students," Putnam said.

In the company of older alumni, some of whom initially vocally supported the statue’s return, Putnam continued to argue Silent Sam had no place on campus. When it finally came time to vote on a plan — the $5M fortified display building on South Campus — Putnam, along with Trustee Bill Keyes, cast the only two “No” votes.

The plan ended up getting nixed by the UNC System, and now members of the BOT and the chancellor have been open about their desire to keep Silent Sam off campus.

Keyes said Putnam brought a much-needed perspective the BOT wouldn't otherwise have had.

"Though much of the focus during her year in office was on Silent Sam, she knew that there were many issues that were critically important to students, and she never allowed any of the other items on her agenda to be neglected," Keyes said.

Putnam sat among the BOT throughout a politically-charged series of events, splitting her time between representing students in the Silent Sam discussion and trying to accomplish "feasible and attainable" goals on campus, largely in the mental health scene.

“At some point I think politics were just dominating how the board was functioning,” she said. “Administrators don’t recognize that you are doing all these things. What they’ll do is sometimes ask for your input and check a box.”

Putnam was successful in "building bridges with her fellow trustees," Keyes said.

"Being student body president is difficult because your best work is done quietly and behind the scenes while your fellow students probably want to see you be more active and out front," Keyes said. "I think Savannah did a good job of striking the right balance."

The babysitter, golfer, data analyst, sorority girl-turned student body president had a vocal presence in campus politics, setting a new standard for the activist role of UNC’s student government. Putnam is going to law school in the fall. Keyes said he thinks she'll be a great lawyer.

“My administration talked back to power this whole time, and hopefully paved the way for Ashton to do the same sort of thing,” she said. 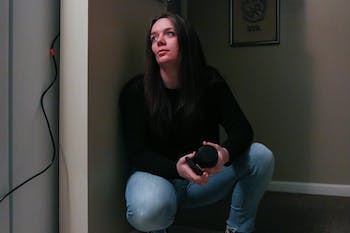 Despite Oscars' neglect of women in top categories, UNC female filmmakers fight on 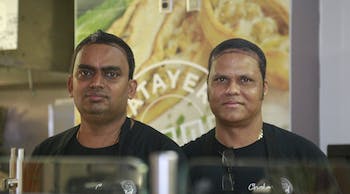 The CholaNad guys: Meet the two chefs helping to bring a taste of south India to UNC

Next up in Administration

Next up in Association of Student Governments

Next up in Student Government