Courtney Banghart, the newly hired UNC women's basketball head coach, spoke at a small press conference in Carmichael Arena about her hopes for the program on May 1, 2019.
Dana Gentry

After all, there was a time not too long ago – before she came to Chapel Hill, before her 2015 undefeated regular season at Princeton, before being enshrined into Dartmouth’s Hall of Fame as a player – that Banghart was an Ivy League graduate with a neuroscience degree, trying to find her life's calling.

Caught between living up to Ivy League expectations and finding her passion, Banghart’s journey into coaching began with uncertainty before she finally found her place.

As a teenager, Banghart was an all-around athlete. The New Hampshire native was a state champion in tennis, won two state titles in basketball and was an All-American in soccer.

Though she was heavily recruited to play soccer coming out of high school, Banghart decided to bet on herself.

She gave the Dartmouth basketball coach, Chris Wielgus, a call and asked if she could play for the team. Wielgus had seen Banghart play and was willing to give her a shot. Banghart attributed the whole situation to "dumb luck."

"I’ve always loved basketball more, I was just better at soccer,” she said.

That bit of dumb luck turned into a Hall of Fame career for the Big Green from 1996-2000, as well as two Ivy League titles in 1999 and 2000. Banghart etched her name into Dartmouth's record books with the most 3-pointers in a game, season and career.

Banghart made 273 triples through her career and in 2004 was inducted into the Dartmouth College Hall of Fame for her achievements.

Still, after all her triumphs, Banghart wasn’t sure what her next step in life would be. Her college career was beginning to come to a close, and she was still searching for a passion in the workplace.

Episcopal High School in Alexandria, Virginia offered her a job as their girls' basketball coach, but she was hesitant to take the offer. Having a degree in neuroscience, she didn’t see herself as a coach, but also knew she didn’t want to follow the traditional Ivy League mold.

“Being from Dartmouth, coaching wasn’t a vocation in my eyes,” Banghart said. “All my peers were going to business school, law school and medical school, that’s just what happens in the Ivy League. I just knew I didn’t want to do those things.”

As senior year came to a close – with the high school offer still on the table – Banghart took the job with a few conditions. She wanted the opportunity to teach a class and become the athletic director, to avoid being pigeonholed as a coach.

After three years of teaching, working and coaching, Banghart began to learn the transformative power of education through athletics.

In 2003, Dartmouth gave her a call, asking her to come back. Banghart served as an assistant coach and recruiting coordinator with the Big Green, while also working toward a master's degree in writing and leadership development.

This time around, Banghart spent time discovering if coaching was indeed in her long-term plans. For her graduate thesis, she interviewed 20 of sports' most successful coaches – including Geno Auriemma, Kay Yow and Anson Dorrance – to learn what makes them great.

All the while, she kept working for Dartmouth, helping the team win two Ivy League titles. Then, unbeknownst to Banghart, a four-day period in 2007 would solidify the course of her life.

That was the year Banghart turned 29, defended her graduate thesis, was nearly on the CBS show "The Amazing Race," and most importantly, was asked to interview for the Princeton head coaching position.

"I found that this is a job I need," Banghart said. "I got it, and every day since, I've been proving this is exactly where I belong. This is the business I belong in, regardless of where my degrees have come from or what they've been in."

Banghart inherited a Princeton team that had never made the NCAA Tournament, and went 13-15 overall and a mediocre 7-7 in Ivy League play the year prior.

“I was so nervous my very first practice, my very first day as Princeton head coach,” Banghart said. “I had never been the one in charge, and everything falls on you.”

After going 7-23 and 14-14 in her first two seasons, Banghart started to turn the program around. The very next year, the Tigers made their first ever NCAA Tournament appearance in just Banghart’s third season as head coach.

“Coach Banghart sold me on her vision, not so much where the program was, but where it was going," Rasheed said. "She’s just someone who has that winning mentality, that charisma and that competitiveness that I believed in, and it paid off in the best way possible.”

It’s one thing to compete, it’s another to dominate. The growing Banghart did away from the game gave her that ability. She embraced the power of the moment, which she credits as the catalyst for her most successful season at Princeton.

“Now, I have such a genuine appreciation for the time that we have together,” Banghart said. “This time that we’re spending together, is time I’m not with anyone else. So, I’m all into this moment.”

In 2015, the Tigers finished a perfect 30-0 during the regular season and earned their first NCAA Tournament win in program history. Afterwards, Banghart was named Naismith Coach of the Year, and Fortune magazine named her one of the Women’s 50 Greatest Leaders for her accomplishments on and off the court.

Banghart took the Tigers to the NCAA Tournament in eight of her last ten years, winning seven Ivy League titles. She finished 254-103 overall and 137-31 in Ivy League play, becoming Princeton’s winningest head coach along the way during her 12-year stint.

Her ability to buy into every moment created lasting success on the court, but the connections she fostered with her players off the court, built even more impactful relationships in life.

“She just leads by example, she doesn’t need to articulate everything she does,” said Blake Dietrick, a former Tiger who now plays guard for the Seattle Storm. “She shows it by her actions. Just as an example, she checks in with me weekly, and she’s not my coach anymore. She has no responsibility to check in with me, but she does, because that’s the kind of person she is.”

'The score will take care of itself'

After former head coach Sylvia Hatchell resigned in April following an investigation into racially insensitive comments, among other things, UNC was without a women’s basketball head coach for the first time in over 30 years.

It was a void that would soon be filled by Banghart. While embracing each moment was a major lesson Banghart learned at Princeton, it was also the driving force that brought her to Chapel Hill.

"I thought there was a ceiling on where I could bring Princeton," Banghart said. "I probably couldn’t get perennially to a Final Four. I'm getting to the point in my career where I see the finality of it. I'm not going to coach forever."

With UNC looking for a proven leader – the Tar Heels posted four consecutive years below the 20-win mark and were in need of a culture change – and Banghart looking to compete for national titles, the pairing was a no brainer.

“I thought this brand was powerful enough, nationally, internationally, that I could recruit to a broader scale,” Banghart said. “I care about our game, and I think women’s basketball needs North Carolina to be good.”

After exploring what makes coaches great at Dartmouth and spending the last 12 years perfecting her craft at Princeton, Banghart is in prime position to reach for the pantheon of women’s basketball coaches.

While Banghart acknowledges winning a national title is her ultimate goal, it isn’t her current focus. She’s working towards building a culture and program that will withstand the test of time.

“If I focus on winning a national championship today, there will be cracks in our foundation,” Banghart said. “I’m just going to win it one day at a time … just win each day, and the score will take care of itself.” 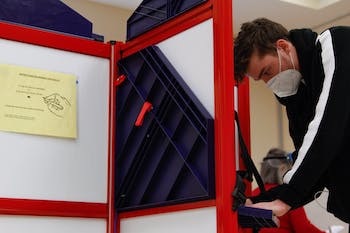 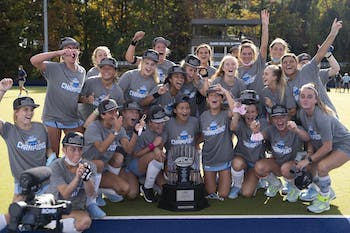 'We've sacrificed so much': In an unusual year, UNC field hockey shows its greatness

Next up in Women's basketball