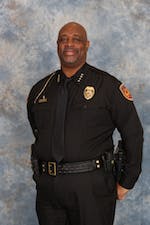 “I am beyond excited to be  joining the University of North Carolina Chapel Hill community," Perry said in a statement. "It will take gentle restless effort from the entire campus community to move our department forward. I look forward to putting in the work needed to accomplish this important goal.”

Perry has previously served as police chief for Florida State University and has worked in law enforcement and campus safety for 25 years. According to Guskiewicz's announcement, Perry led safety operations during three hurricanes and directed response and recovery during a 2014 active shooter on campus.

"He has embraced community policing and has demonstrated success in building relationships between campus police and the community," Guskiewicz said in the email. "Through my many conversations with him, I know he is looking forward to expanding that philosophy at Carolina and is committed to ensuring his department has access to the latest in law enforcement training, education, technology and professional development."

In an interview with The Daily Tar Heel in August, Guskiewicz said the new police chief will likely be an important part of recommending improvements to the campus climate with regards to campus safety.

Before You Vote Episode 2: How COVID-19 has impacted the election

The national search for a new police chief came down to Perry and Gerald Lewis, the University of Texas at San Antonio's police chief.