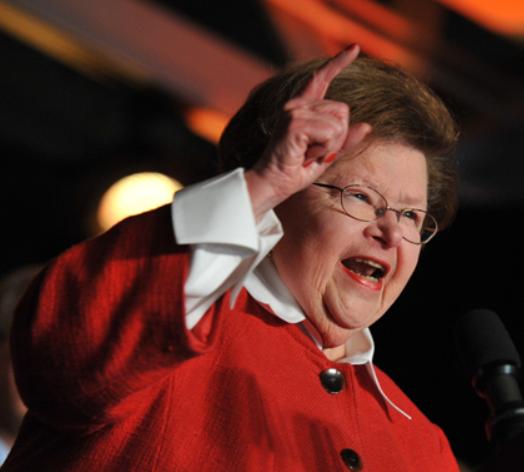 Barbara Mikulski — the longest serving female member in the history of Congress — announced on Monday that she will not be running for a sixth consecutive term.

Mikulski is a Democratic senator from Maryland who has fought consistently for bipartisan compromise, for women's issues and for women lawmakers since she first gained the seat in 1988. She served in the House of Representatives for a dozen years before then.

When Mikulski won her seat, there were only two women senators: one Democrat and one Republican. There are now a total of 20 women senators.

The women meet on a weekly basis for lunch — where they discuss legislation, politics and their personal lives. In an interview with CNN on Monday, Mikulski and three other women senators discussed the “Zone of Civility,” an informal agreement between the women to support each others' legislation and improve bipartisan relations.

In a speech delivered on Monday morning she said that she has often had to ask herself whether she was “raising money or raising hell."

Mikulski announced that she didn’t want to spend the rest of her term trying to get reelected — instead using her time to help her Maryland constituents.

“It’s always been about you, never about me. That’s what it takes to be a good senator by my expectations and by my standards,” she added.

After Mikulski's announcement, President Barack Obama said in a statement that Barbara is “an institution in the United States Senate” and “legendary.”

Obama said that Mikulski is an inspiration to women everywhere to stand up and become leaders.

It's unclear at this point who might be the favorite to replace Mikulski in 2016. Former Maryland Governor Martin O’Malley has announced that he won't seek the seat — but half a dozen other candidates from both parties have already thrown their names into the hat.