Word on the Street: Are you yatted? Tatted? or Ragretted?

Over 40 percent of millennials have tattoos, according to the Pew Research Center, and we’re telling the stories of the UNC students and Chapel Hill/Carrboro residents who fall into that 40 percent. This is one of multiple stories in the Swerve Tattoo Impression series. Read the rest here.

Tattoos allow people to artistically express themselves in creative and unique ways, but they also represent a huge level of commitment. Some people love them, some people hate them, but sometimes you just have to follow the wise words of Scotty P.:

Although tats have typically had a very metal, grungy connotation, this stereotype is fading (get it? lolz) and more and more people are getting inked. Nearly every two in five millennials have a tattoo, according to the Pew Research Center. In general, millennials are reluctant to get tattoos, at least visible ones; according to the Pew Research Center, 70 percent of millennials who get tattoos say they are not obviously visible.

But are UNC students getting yatted? I decided to hit the Pit in the name of tattoos and journalism to find the answers the people need.

WARNING: The following contains much more information about butt tattoos than I was originally intending. Reader discretion is advised.

“I think some of them are really cool, but then also some of them look really bad. Butt tattoos are cool, because they’re funny and no one can see them.” 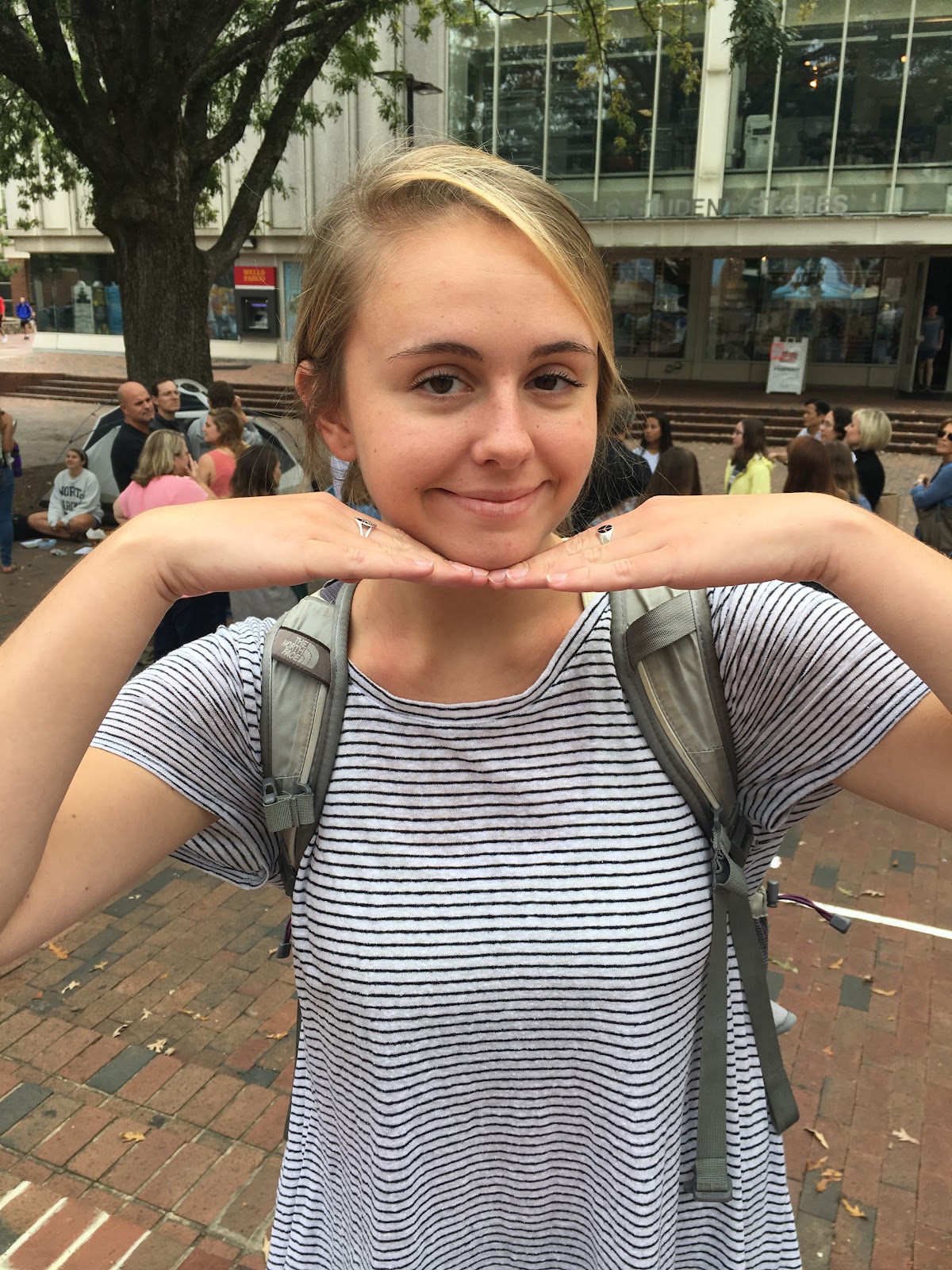 “I have a tattoo of a Sri Lankan moonstone. It’s an architectural piece found in Buddhist monasteries, they’re basically just these really big stone slabs you find on the floor. I took a gap year and I traveled throughout Asia, so I was in Sri Lanka, and it just really spoke to me in terms of like the meaning of it. It has to do with sort of getting through different trials throughout life, and I picked my feet because every time I ever looked down at one of these architectural pieces, like the moonstones, I was always looking down at my feet. I think it’d be cool to maybe have like a half-sleeve at some point in my life, but I don’t have anything concrete.” 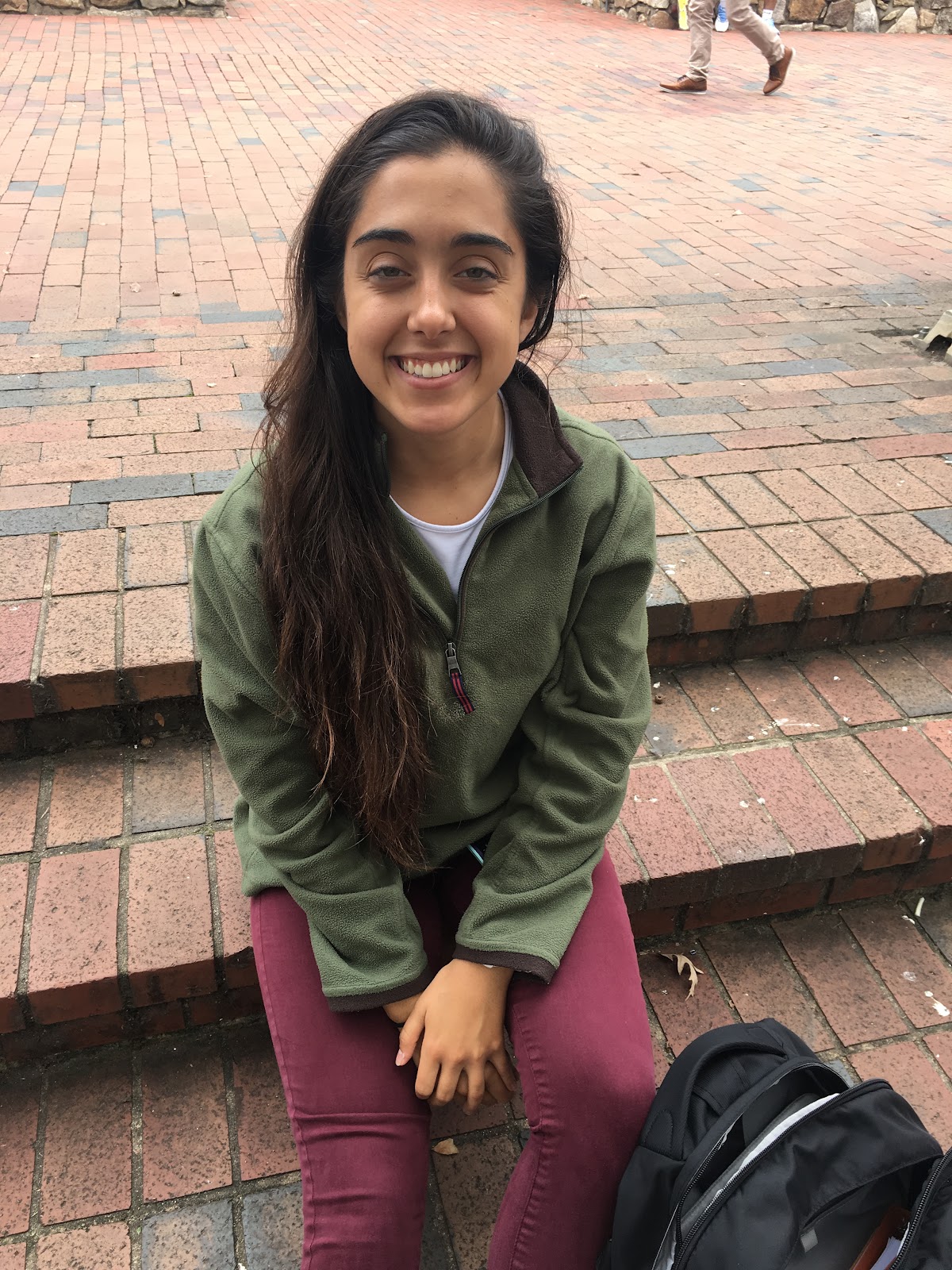 “I’ve always wanted to get one, but like, it’s permanent. If I get it and I don’t like it, then I’m gonna be like, ‘Oh shit.’ I just feel like there’s so much out there, and then there’s all the basic tattoos that look cool, but would you really want that for the rest of your life? No. You may get it and you’ll look cool when you’re young, but you get older and it’s just gonna look like shit. My aunt actually got a tattoo — she’s like crazy — she got a love heart on her ass and now that she got fat it turned into a circle.” 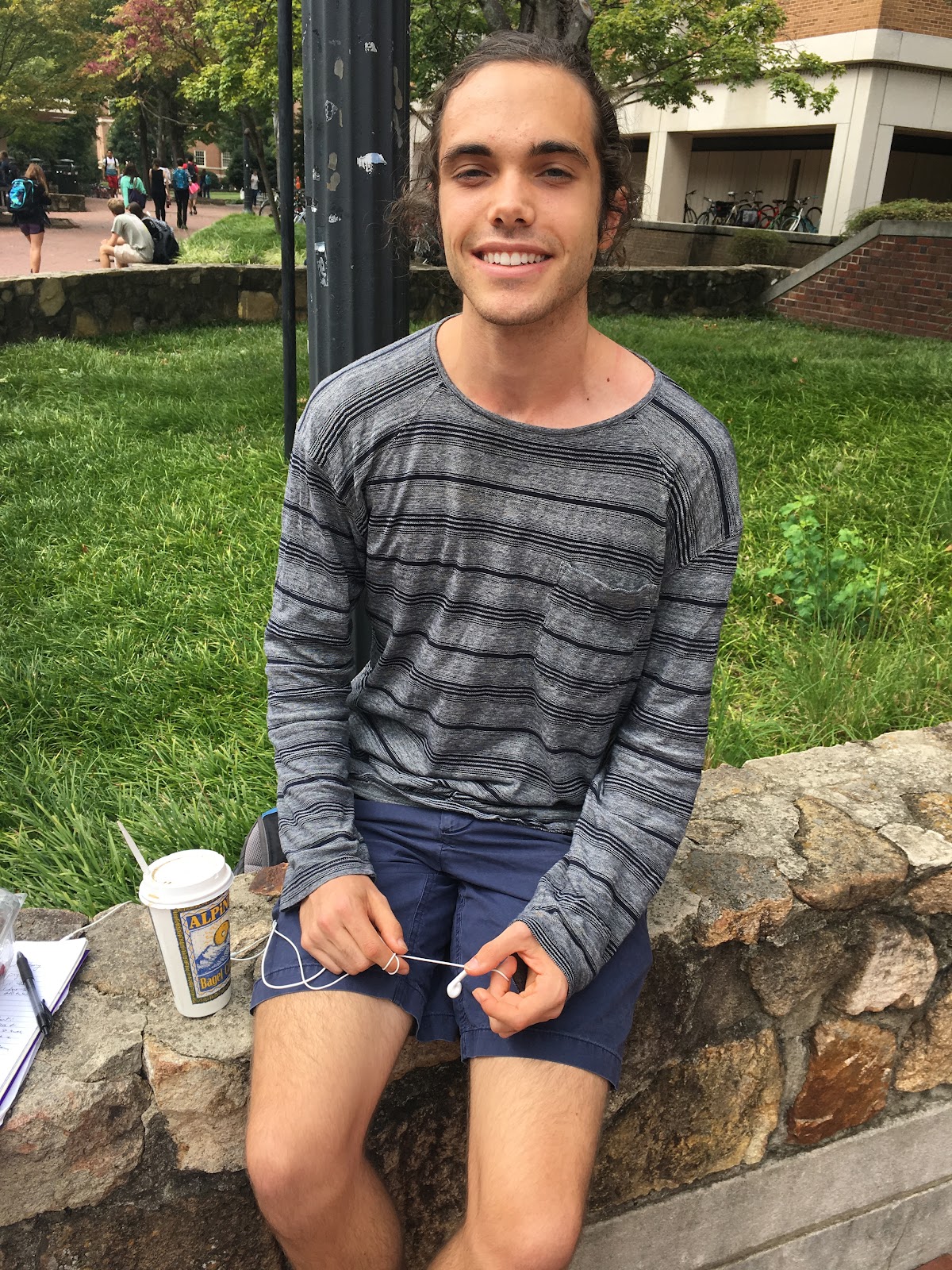 “I do plan on getting one in the next year. I haven’t decided yet, it’s in the works. I think I do want to get a chicken nugget on my butt. My parents did say that they would stop paying for college if I got a tattoo, so it’s gonna be on my butt so they’ll never see.” 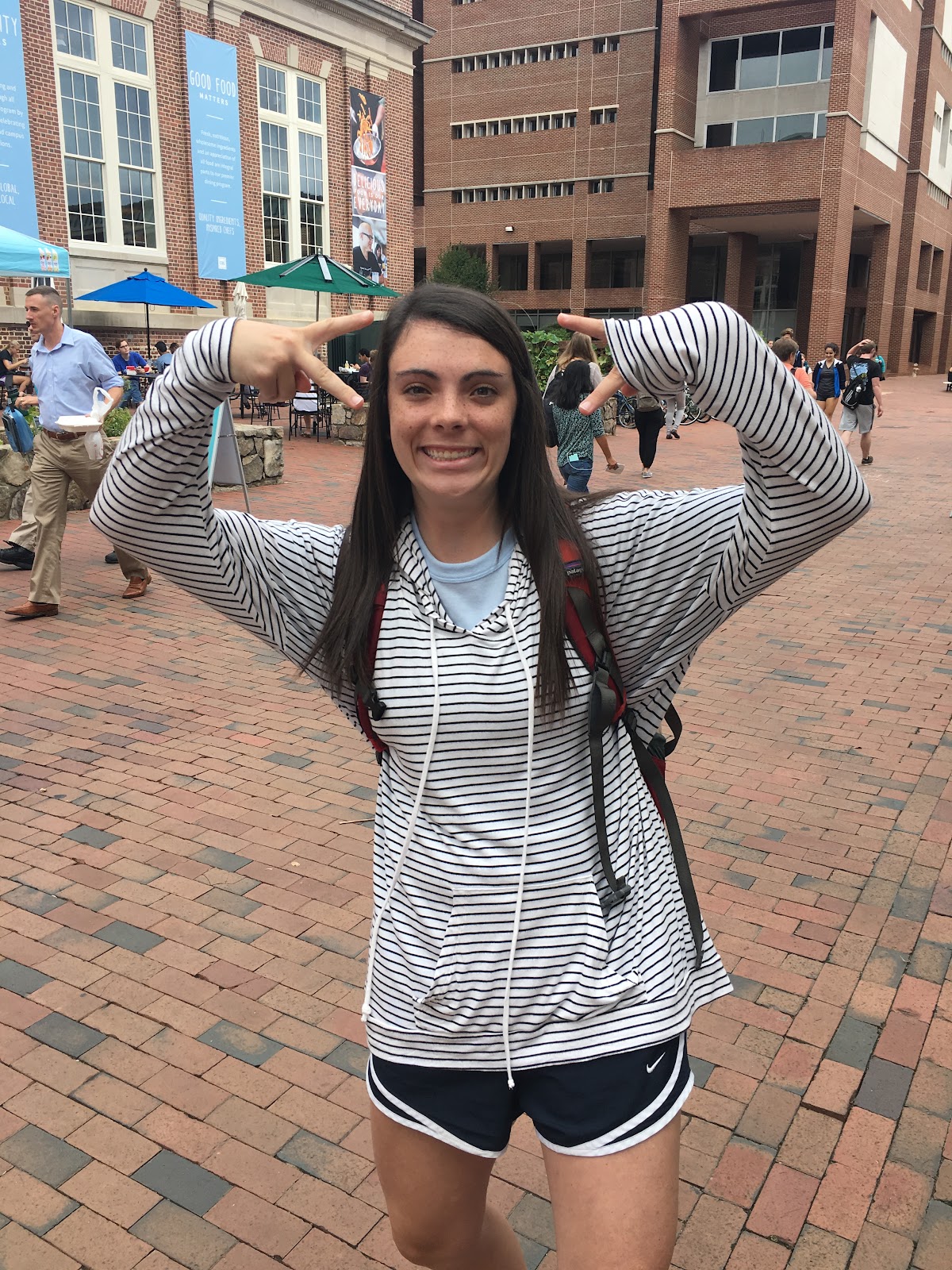 “I’m a very temporary person. I’ve always had ideas about getting a tattoo, but I’ve always ended up changing my mind because I just feel like later down the road I’m not gonna want it. So I don’t want to spend money on something and then not want it. I’ve never wanted one that was visible, to be honest. Whenever I’ve thought about getting a tattoo, it was more like certain spots on the body that I found like sexually appealing. I just wanted like a big lion on my chest. I wanted a big lion chest like growling and stuff, it was a really dope idea. Like I said, I might want it now, but like 40 years down the road, I don’t know.” 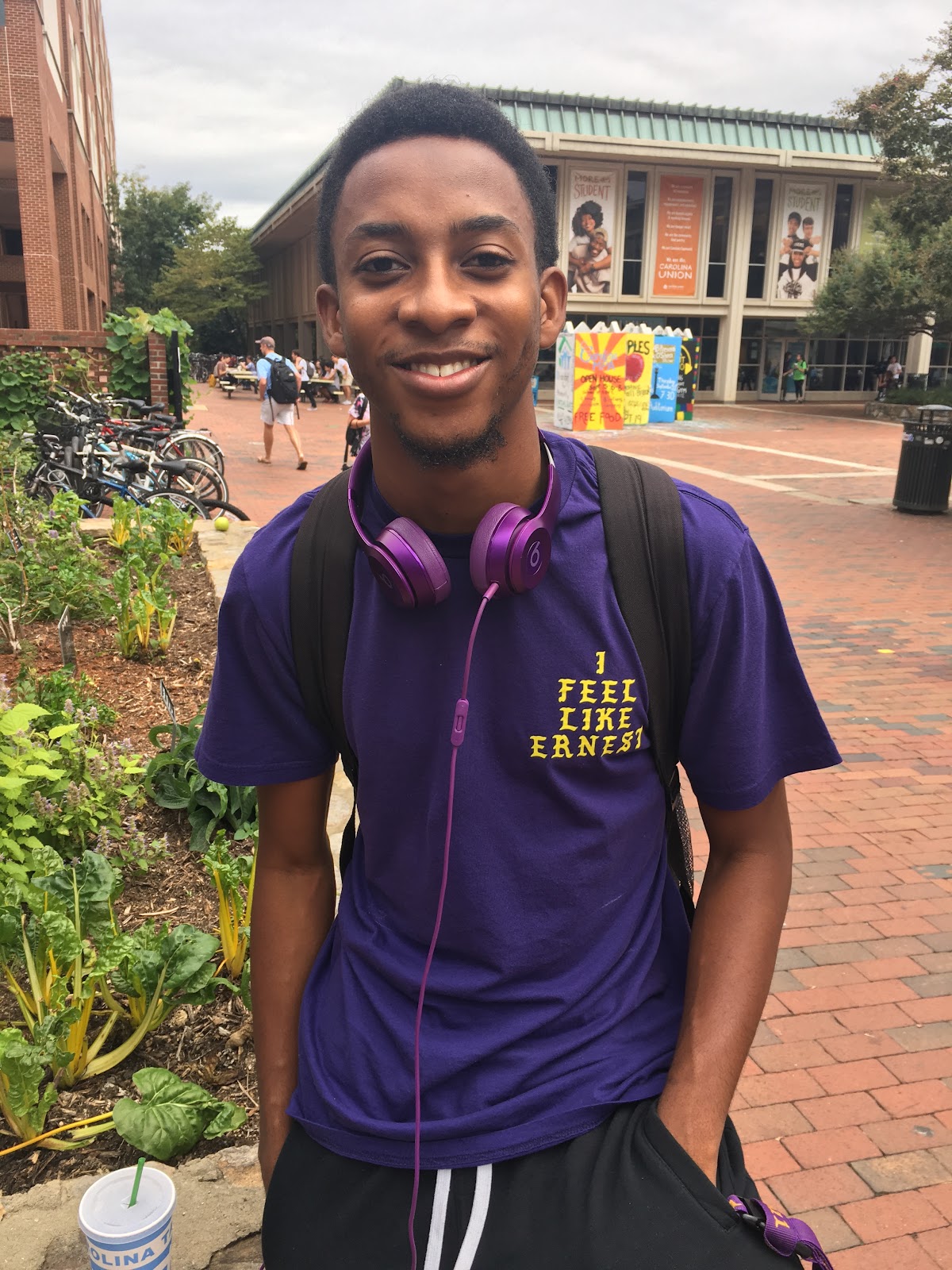 “My friend has an outline of the state of North Carolina on his butt, and I think it’s hilarious. I’m just worried about regretting them when I’m older. I don’t want to have saggy, wrinkly skin with a faded tattoo on it.” 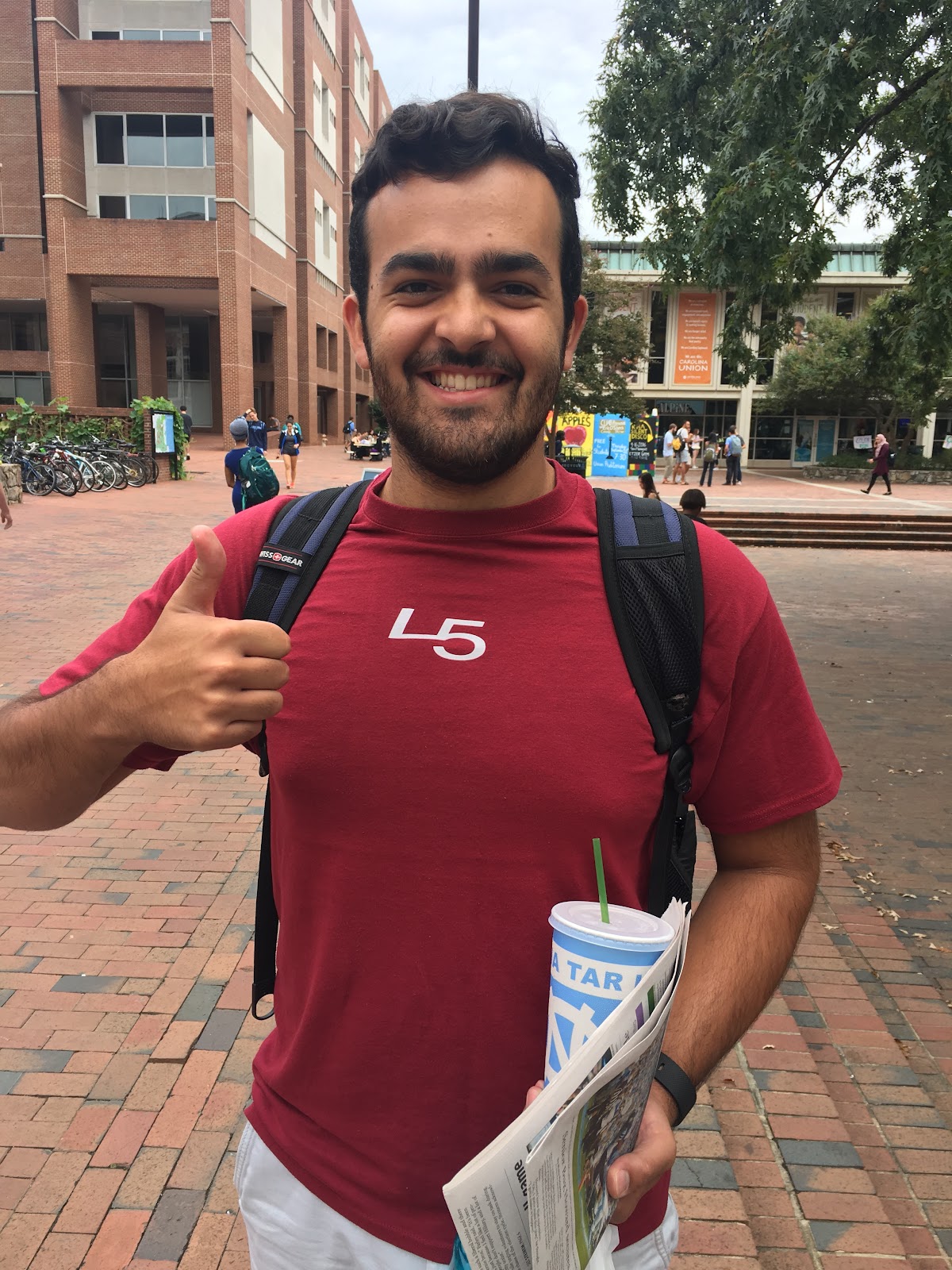 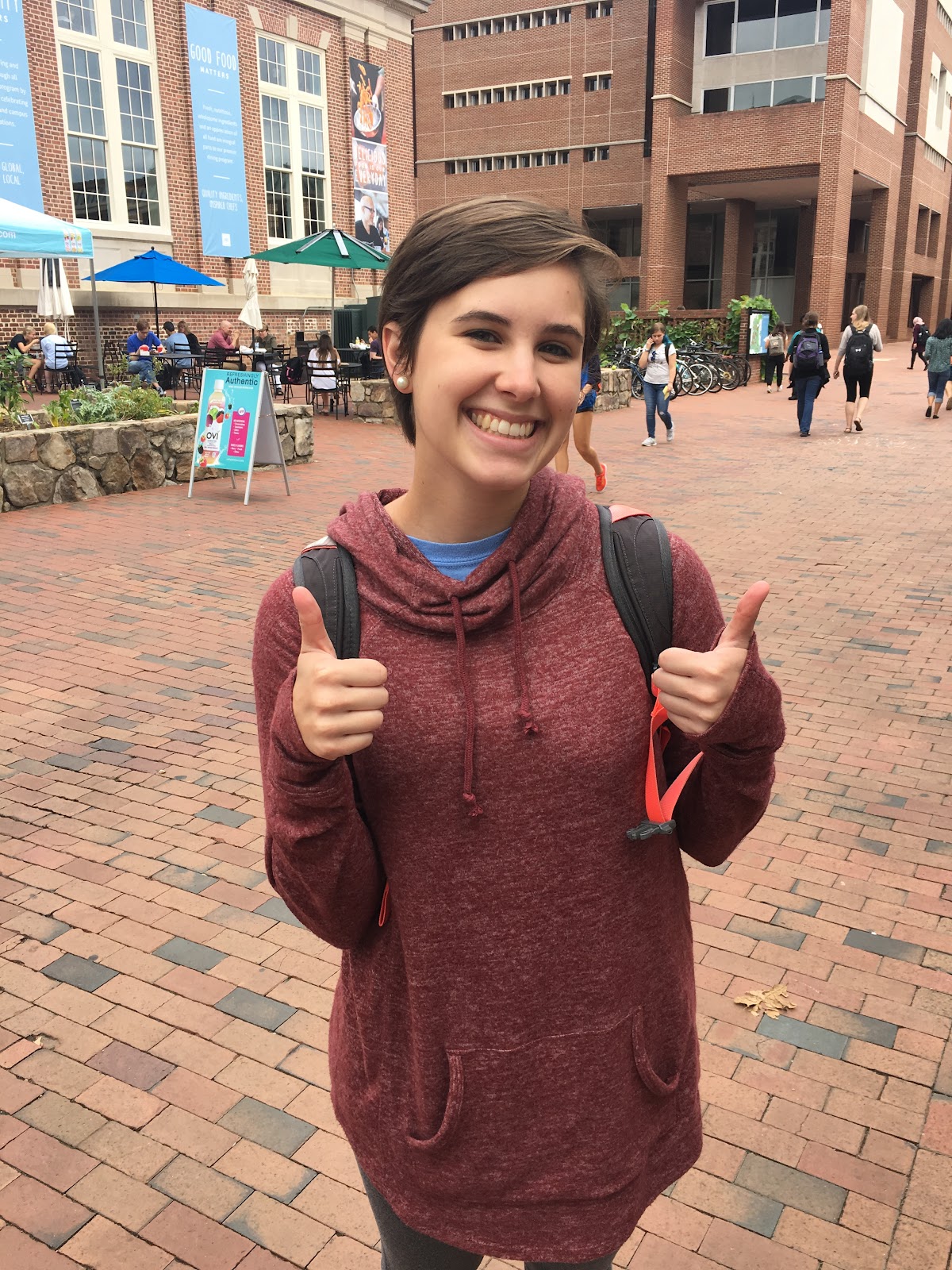 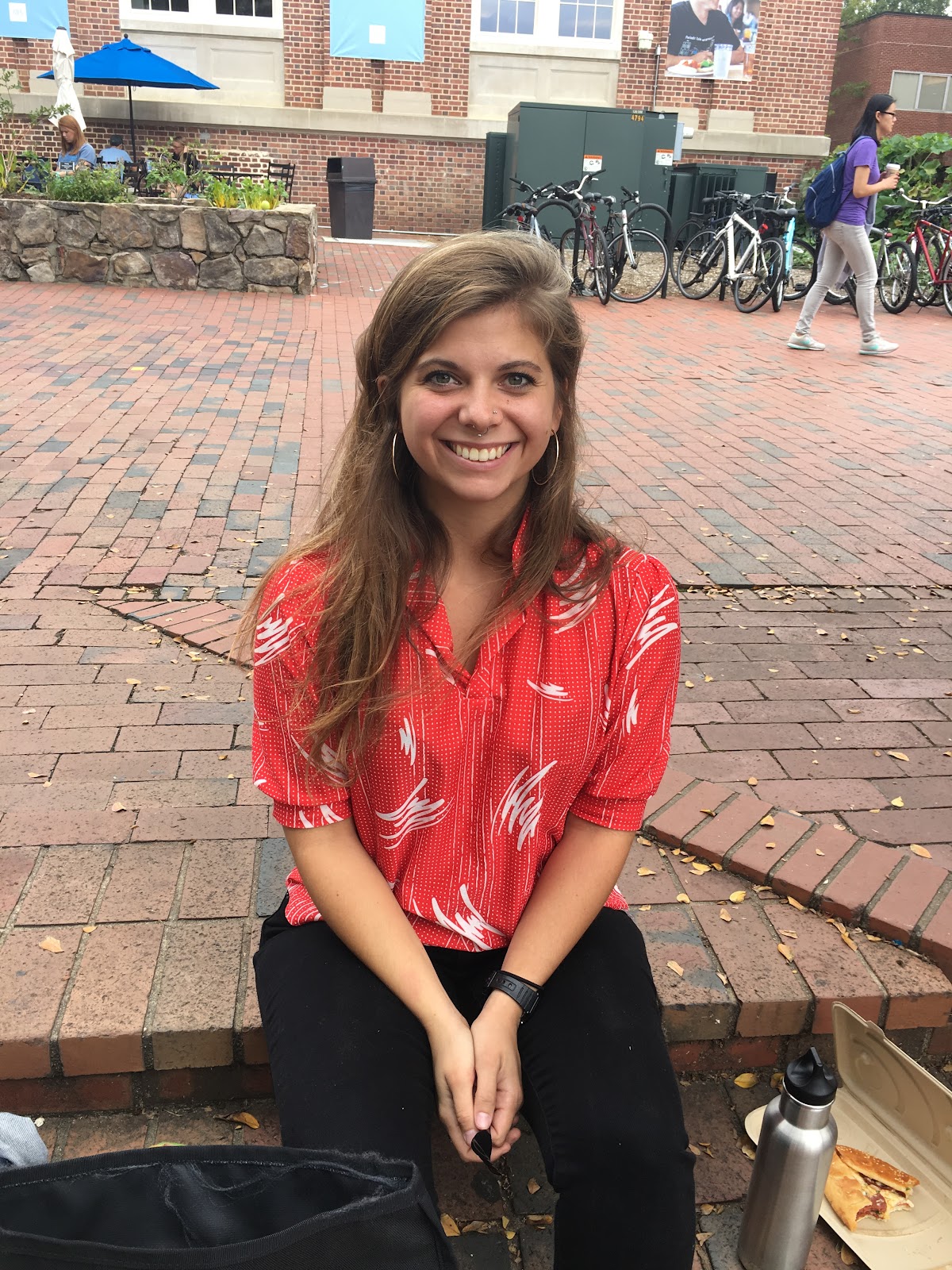 School of Media and Journalism Lecturer

“I have a tattoo of a seahorse on my arm, I have some flowers tattooed on my ribs, and I have several tiny stick and poke tattoos, and one more on the back of my left leg, and another on the inside of my right leg. I have a lot of tattoos. I got my first tattoo the summer after I graduated from college. One of them is a friendship tattoo, like three of my really good girlfriends also have the same one, so probably that one (is my favorite). But I think style-wise my favorite one is the first one that I got, which is the seahorse. But in terms of sentimentality, I think the friendship one is my favorite.”