In December 2012, two UNC female victims of sexual assault spoke up about what they said was a deeply rooted problem with the University’s handling of sexual misconduct — one that they said was inappropriate, time-consuming and traumatic. Those allegations drove three current students, one former student and one former administrator to file a complaint against the University with the U.S. Department of Education’s Office for Civil Rights, alleging that UNC facilitated a hostile environment for victims reporting sexual assault.

To help bring the University into compliance with the Department of Education’s “Dear Colleague” letter, the University has also hired Ew Quimbaya-Winship to serve as UNC’s Deputy Title IX Officer, or student complaint coordinator, starting March 11, 2013.

The University's Sexual Assault Task Force convenes for the first time in May 2013 to address changing the University's misconduct policies related to sexual assault.

On Aug. 28, 2014, the University released its new policy on discrimination, harassment and related misconduct. 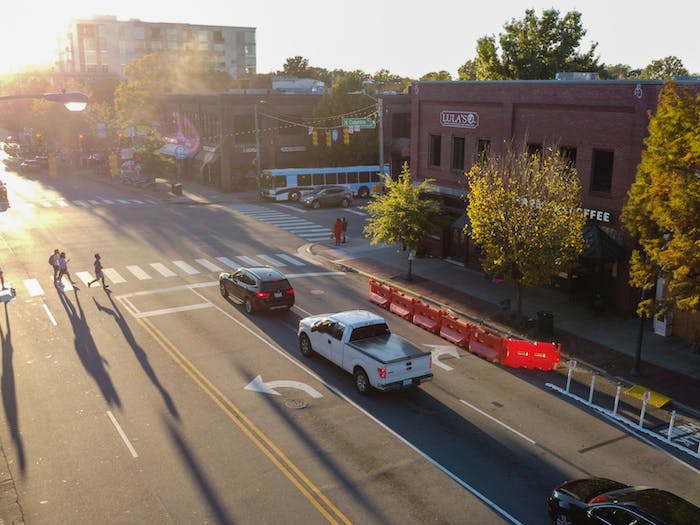 Column: Sexual harassment on Franklin Street is a problem

"UNC has consistently exhibited an unwillingness to put effort into keeping its students safe. For a campus infamous for its sexual assault rate, I am particularly appalled." 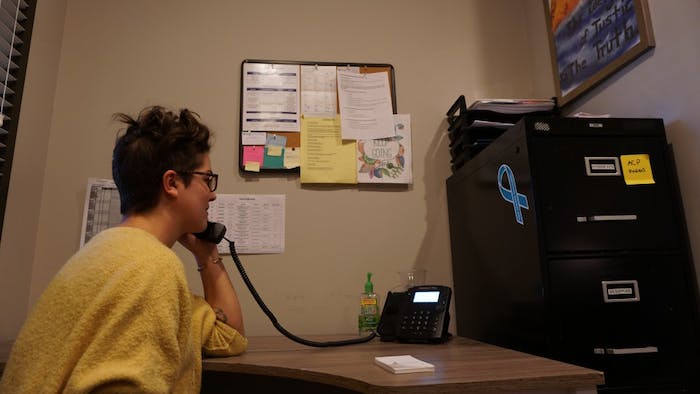 Editorial: Not all men — but most women 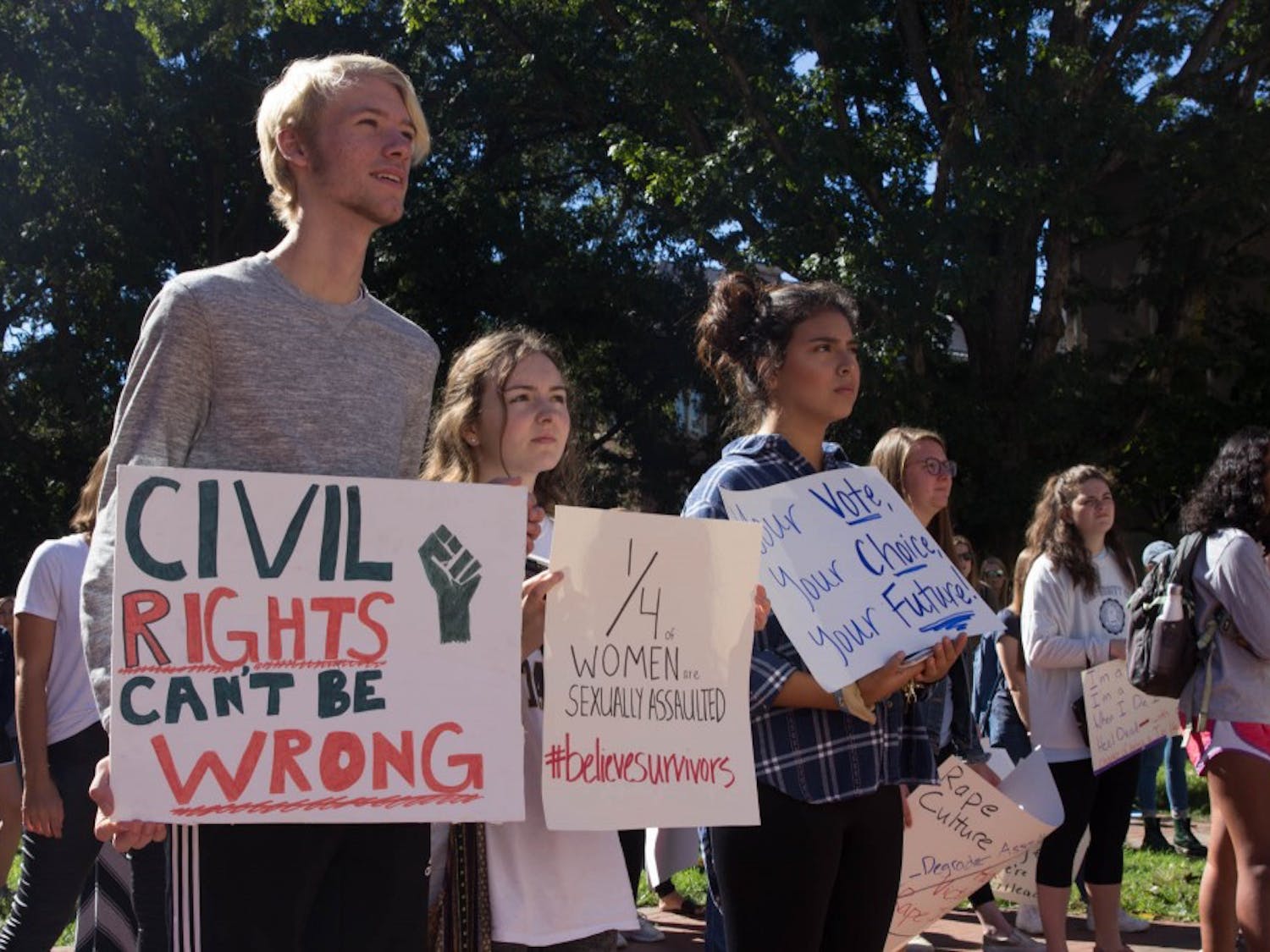 Student activists are working toward preventing and educating UNC about sexual assault and gender-based violence. With the release of UNC's sexual assault records, here's what's next for these activists. 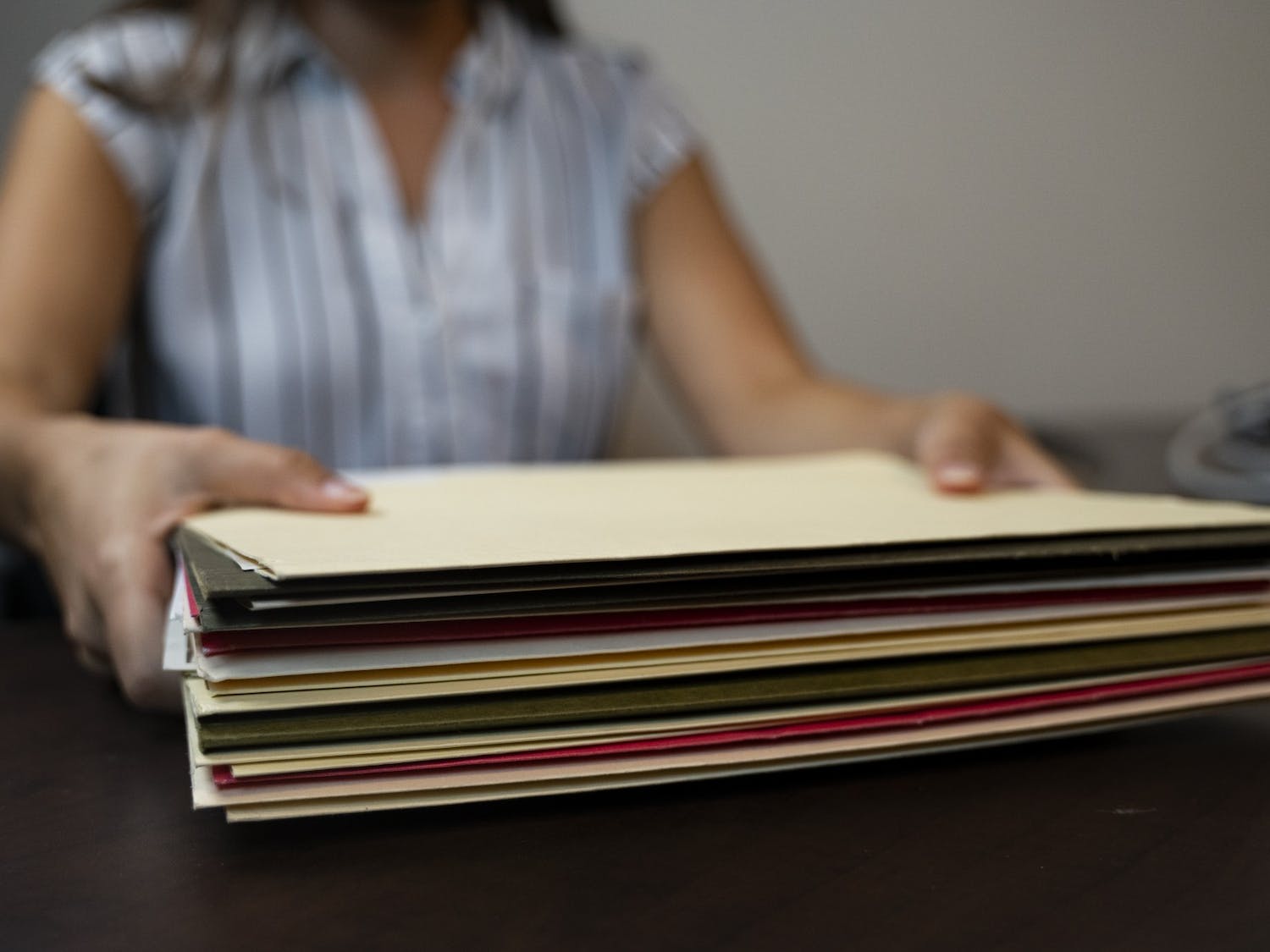 The University released the records of students found responsible for violating UNC's sexual assault policy Thursday, four years after The Daily Tar Heel and other news organizations requested them in 2016.  UNC provided a total of 15 records to fulfill the request. Clery Act data shows that since 2007, there have been over 200 reported cases of sex offenses at the University. Here is what the 15 records UNC released mean now that the lawsuit has concluded, what the data shows and what the DTH plans to do next to investigate sexual assault on campus. 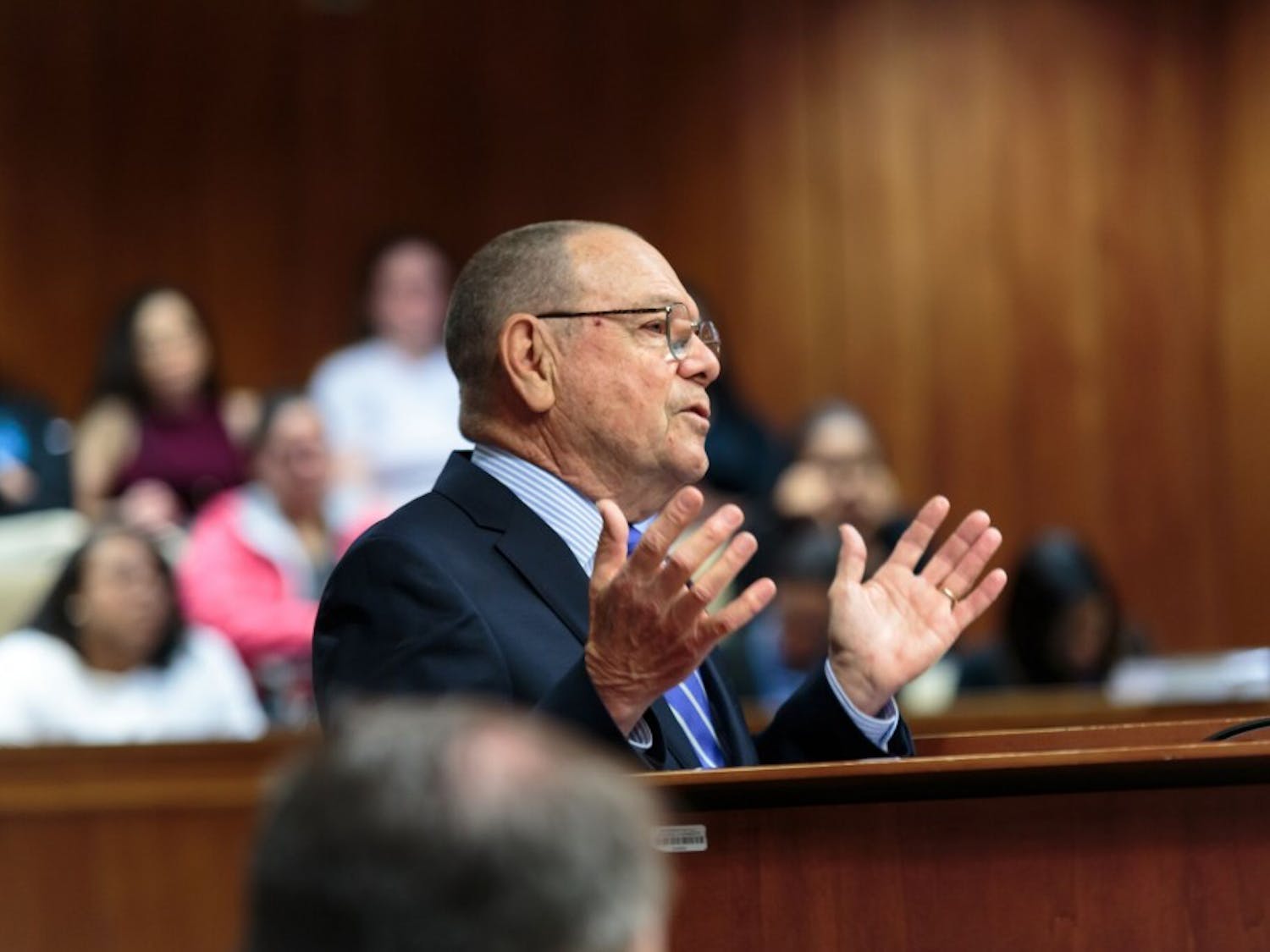 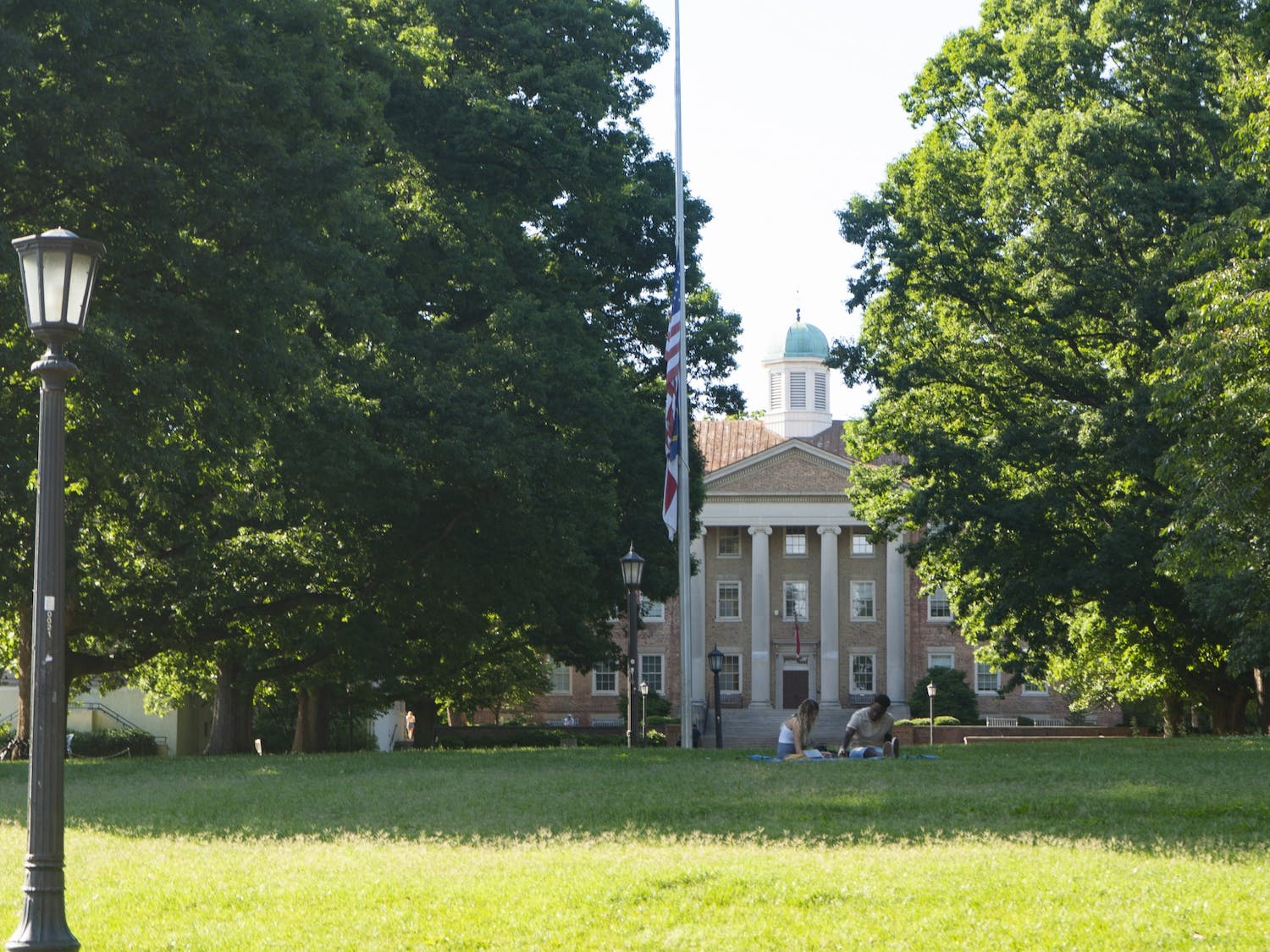 The N.C. Supreme Court ruled in a 4-3 decision in May that UNC would be required to release the disciplinary records for individuals found responsible of committing rape, sexual assault or other acts of sexual misconduct.  Two months later, the University has yet to release 11 sexual assault records.

The stories that have defined UNC since 2018

From senior leadership switch-ups to the Silent Sam saga, UNC has had its fair share of campus controversies in the past few years. Here’s what you need to know. 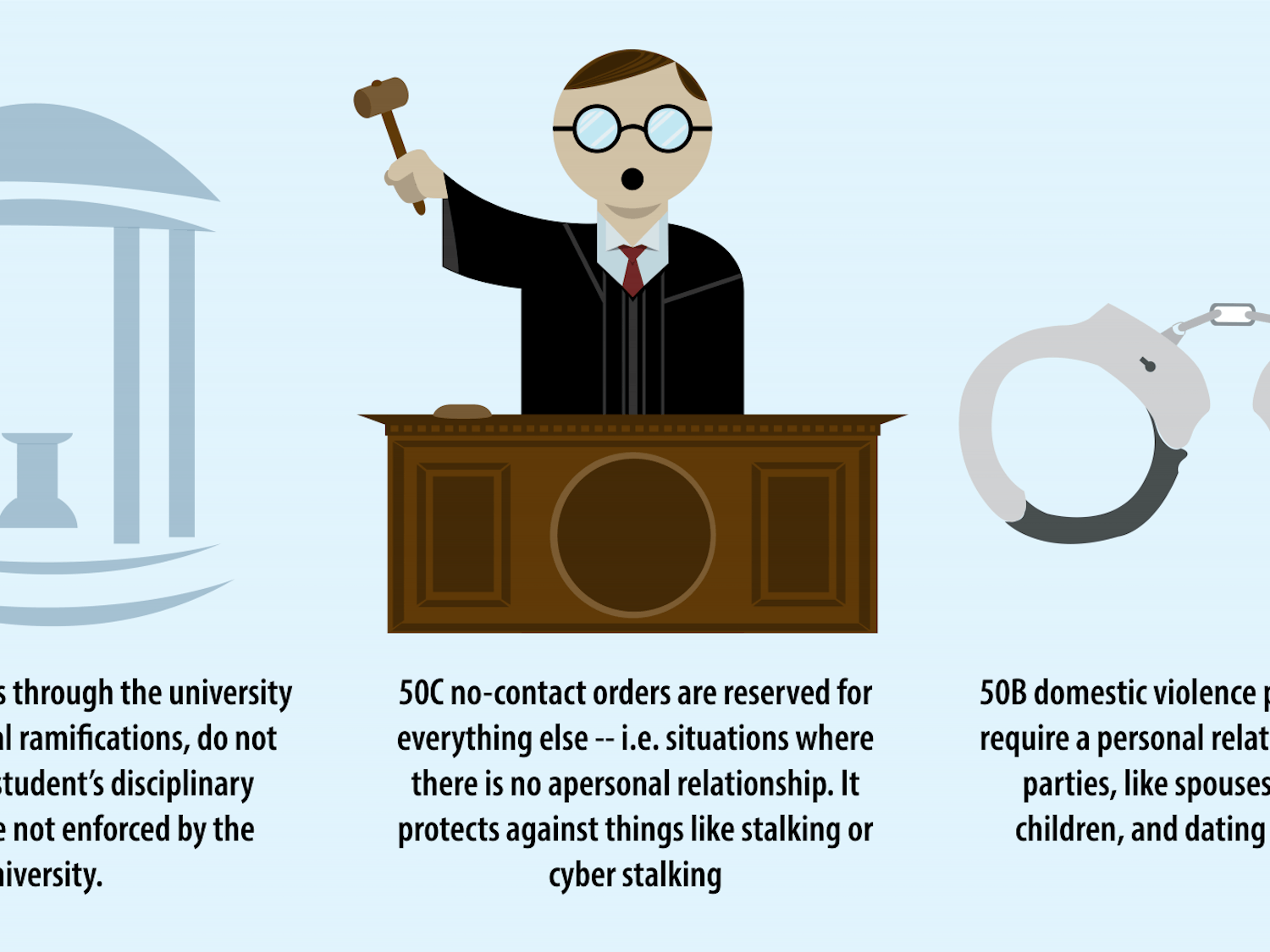 'It’s not on us': From UNC to the courts, restraining order enforcement raises concerns

Both the North Carolina court system and UNC offer differing forms of no-contact orders — commonly called "restraining orders" — to victims of harassment, stalking, abuse or assault when they seek protection from their perpetrators. While each type of no-contact order varies by degree of enforcement and consequences, they all establish, on paper, measures prohibiting contact between involved individuals. But in reality, many victims have found that enforcement of these protective measures can fall on their shoulders alone, leaving them no more sense of protection than they felt before seeking official action.

"Words have consequences, and events like the IFC speaker impact our community in immeasurable ways. These words are reflective of a broader culture of violence and oppression — they normalize violent actions in our community. We are righteously outraged at this behavior by the IFC. The system must be held responsible and face consequences." 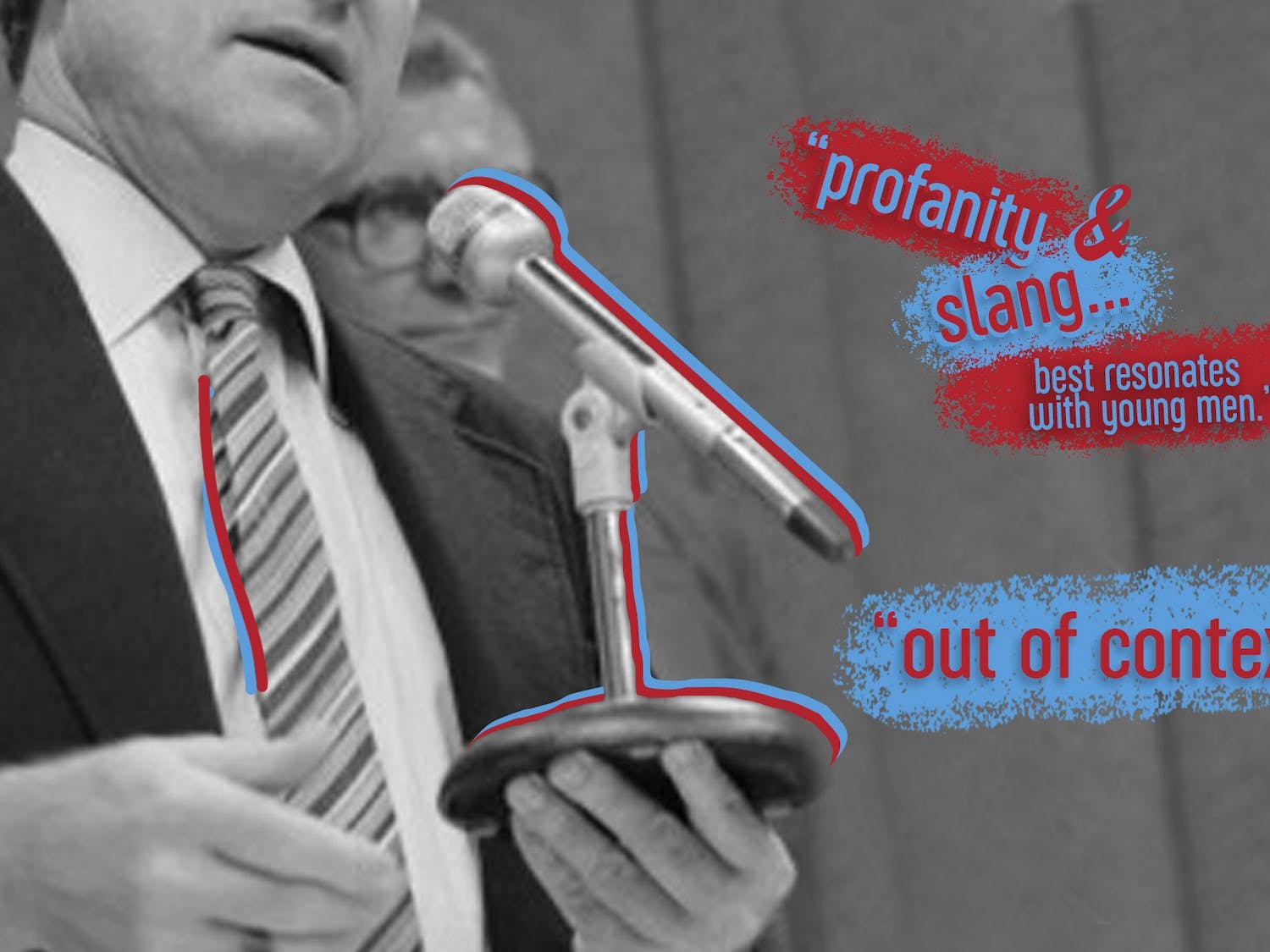 On Feb. 16, UNC’s Interfraternity Council hosted an event addressing personal development and mental health that has since been criticized by student leaders as offensive, misogynistic and otherwise problematic. Keynote speaker David Hagan described his speech as "intentionally blunt, graphic and filled with profanity," designed that way to resonate with young men. But Memorial Hall staff complained the speech made them uncomfortable, and some student leaders are still pressing for more public accountability from the IFC, asking the council to apologize for the event and commit to violence prevention training.

After a four-year fight for records of the University's sexual assault disciplinary proceedings, the North Carolina Supreme Court ruled Friday that UNC will be required to release the names of individuals found responsible for rape, sexual assault or related acts of sexual misconduct.  The DTH Media Corporation first filed the lawsuit against UNC in a coalition with three other N.C. media companies in the fall of 2016, claiming the University had violated North Carolina public records law by refusing to release the names, offenses and disciplinary actions for students or faculty found responsible for sexual misconduct.

UNC has faced major backlash over the way they handle sexual assault. While they have made many changes in the right direction, there is still work to be done in the next decade concerning the issue of sexual assault on campus.

FAQ: What the Clery Act is, why UNC was in violation and why it matters

Here's information about what the Clery Act means and how the Department of Education said UNC violated it. 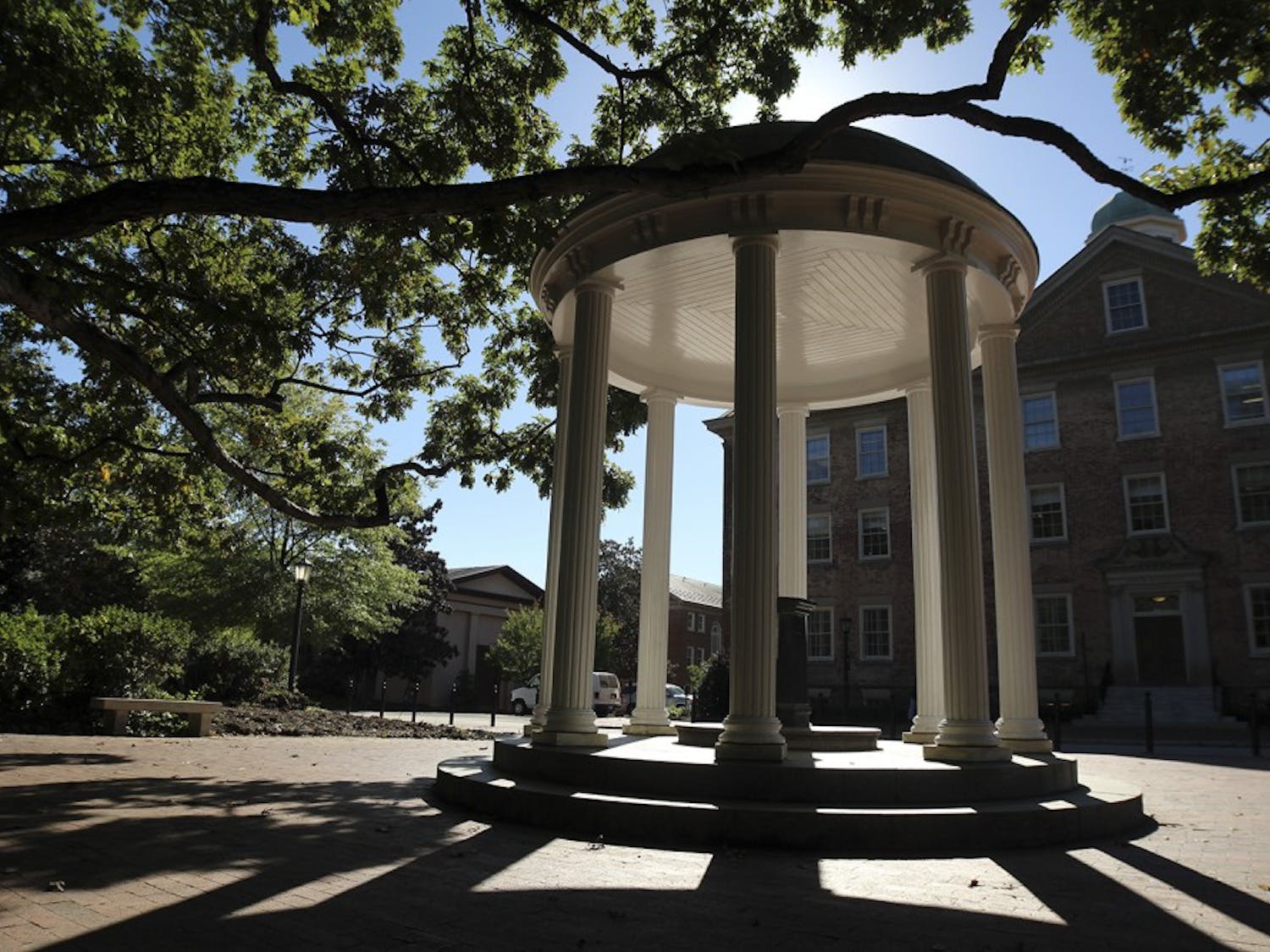 Nearly seven years after its investigation began, the U.S. Department of Education stated in a final program review report that UNC acted in violation of federal laws on campus safety and crime information throughout the department's review period while demonstrating a lack of administrative capability that “remains a matter of serious concern for the department.” Clery Act expert S. Daniel Carter told The Daily Tar Heel that the University is "certainly looking at six figures" in federal fines, and he called the department's description of UNC's administrative issues “one of the most blistering I’ve read in many years." 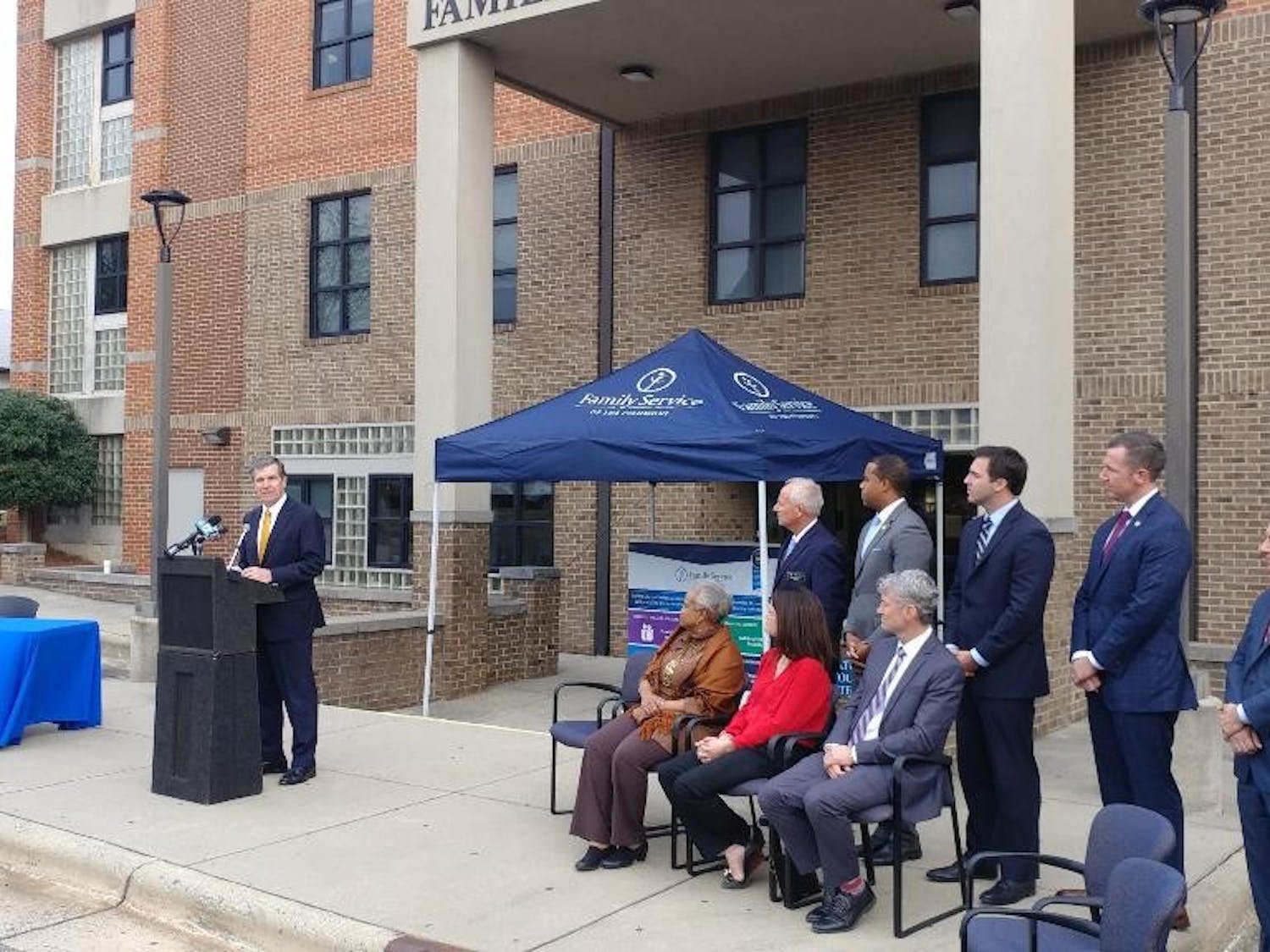 North Carolina becomes last state in the U.S. to allow withdrawal of consent 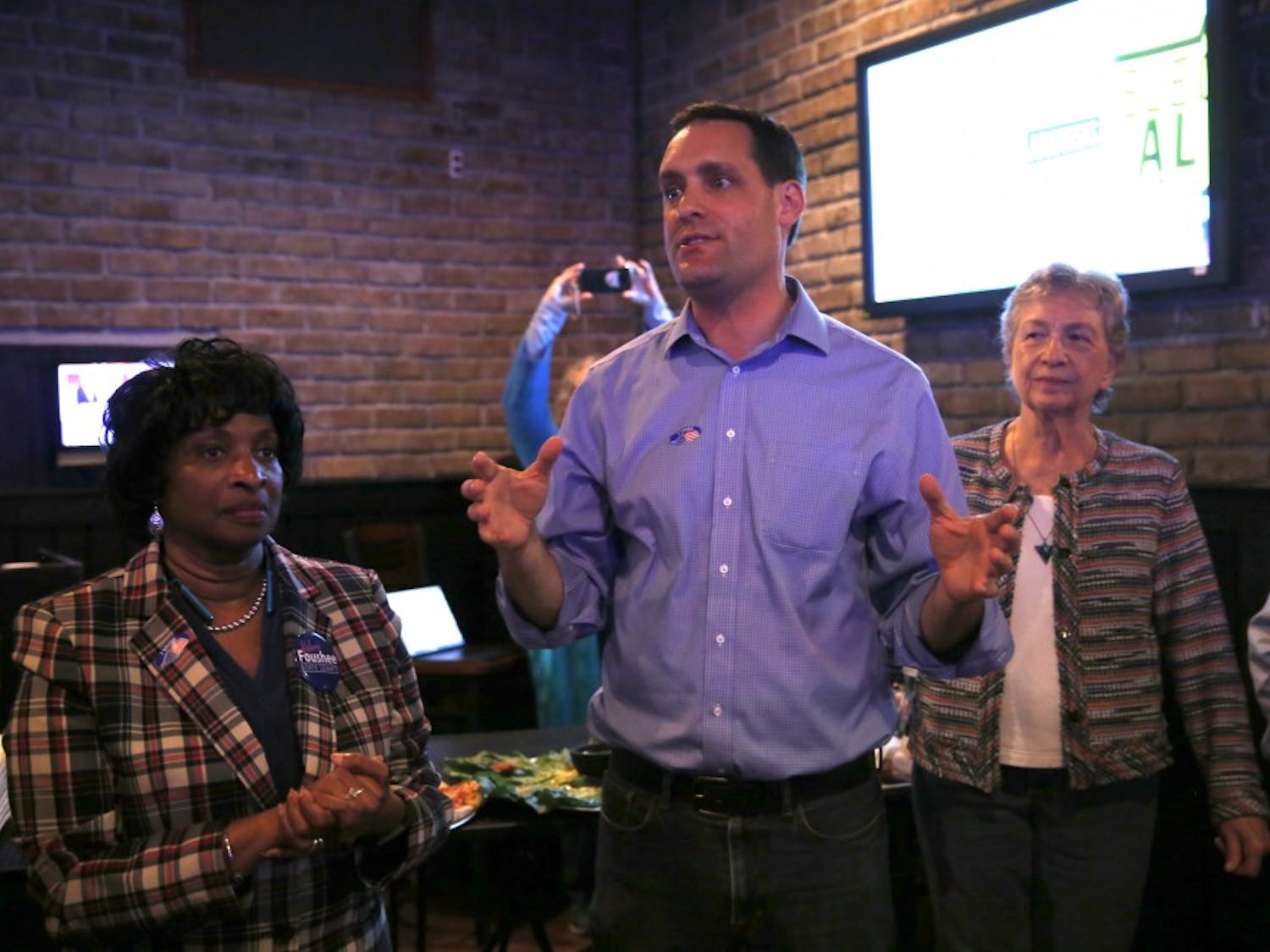